Since Piketty has been in the news about economic growth and its relationship with the return on capital, I thought an information-theoretic take on the Solow growth model would be in order.


The matching theory gives us an interpretation: labor ($L$) is matched with capital ($K$) and creates NGDP. In the information transfer model that becomes: capital transfers information to labor that is detected by NGDP. Let's see how this model does empirically.


I used the real capital stock data from FRED and adjusted it by the CPI (less food, energy) to give the nominal capital stock. Labor is simply the total non-farm employees. The fit parameters for the duration of the data (1957 to 2011, set by the CPI and capital stock data limits, respectively) are $\kappa = 1.51$ and $\lambda_{ref} = 1081$ billion dollars. This means that the exponents don't exactly fit the "constant returns to scale" assumption $\alpha + \beta = 1$. We have $\alpha = 0.51$ and $\beta = 0.34$. The model doesn't do too badly for such a simple model: 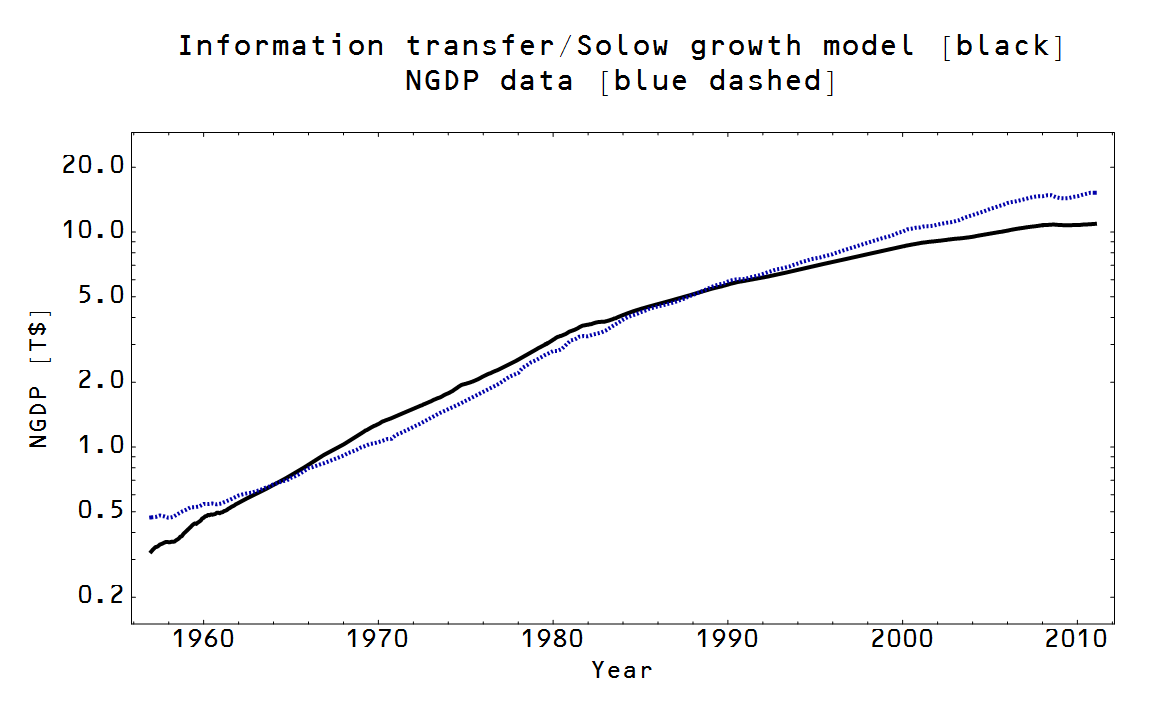 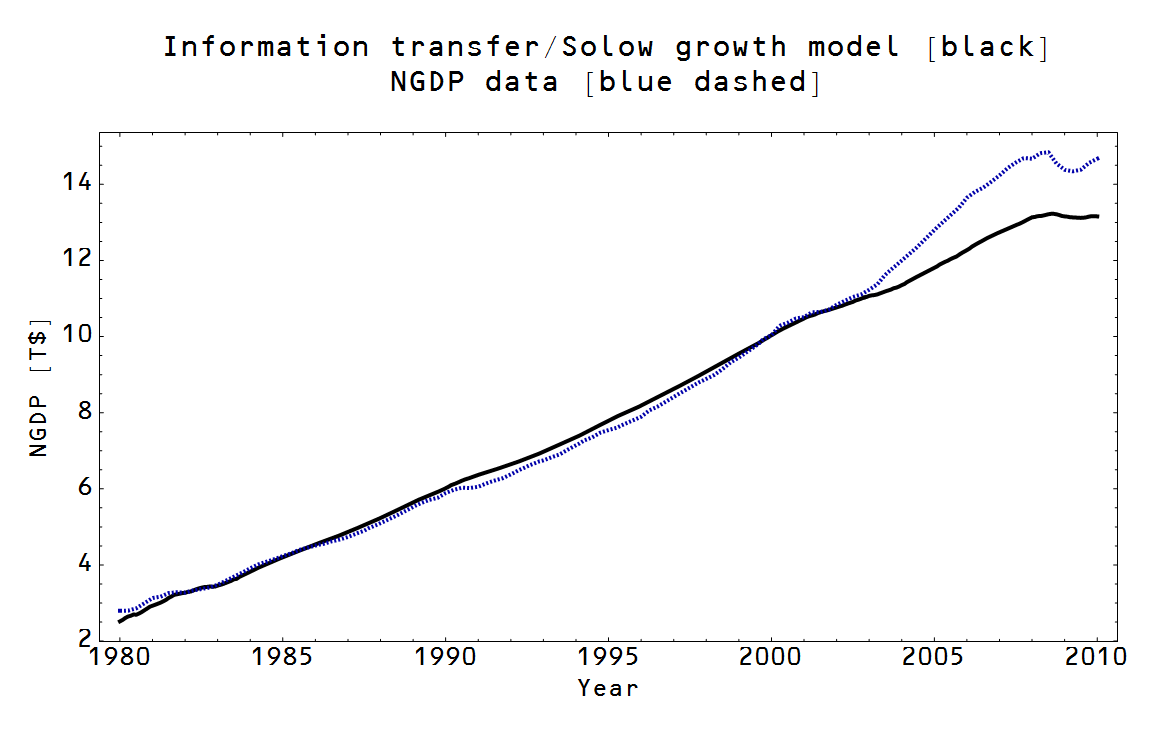 In the real Solow growth model, $L$ is actually $A \cdot L$ where $A$ represents phlogiston aether technology and knowledge. If we assume that $A$ is reponsible for the deviation from the constant returns to scale between $K$ and $L$, the imputed value of $A$ is given in this graph (normalized to 1 in 1957): 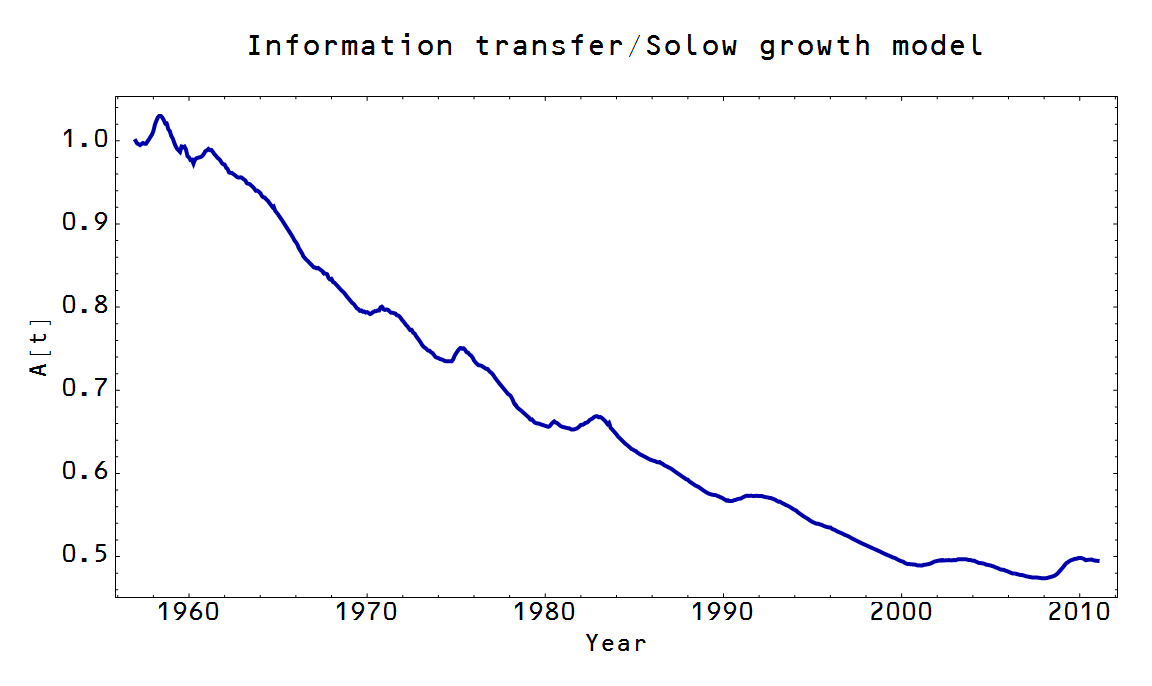