Tyler Cowen suggests the rather silly "target 4% to achieve 2% inflation" monetary policy for the ECB. I'm not sure if he actually meant it as a joke or not, but it certainly illustrates the utter ridiculousness of model-independent expectations that aren't the constrained "rational expectations" typically used in economic models.


But here's where it really gets silly. If you see the ECB's current 2% target as not credible, then aiming for 4% and resulting in 2% manufactures a credible 2% inflation target out of an incredible one by renaming "two" as "four". Incredible!

Yes, that was Occam's razor.


The information transfer model produces this result. At every point on the price level surface (see e.g. here, or at the top right of this blog if you're not viewing it on a mobile device), there is a maximum gradient (inflation rate). This is the inflation limit at that point. During the 1960s in the US, this maximum inflation rate was 10% or more.


Where does this maximum come from? Money has two purposes: it is the medium of exchange, allowing transactions to occur and it is the unit of account, Fisher's measuring stick. In the information transfer model, money allows people to exchange information and measure the units of the information. As you increase the amount of money, the relative impact of these different capacities changes. You can imagine the unit of account as a box that gets smaller as more money is added to the system, while the medium of exchange is the number of boxes. The height of that stack is proportional to the price level. And it looks something like this: 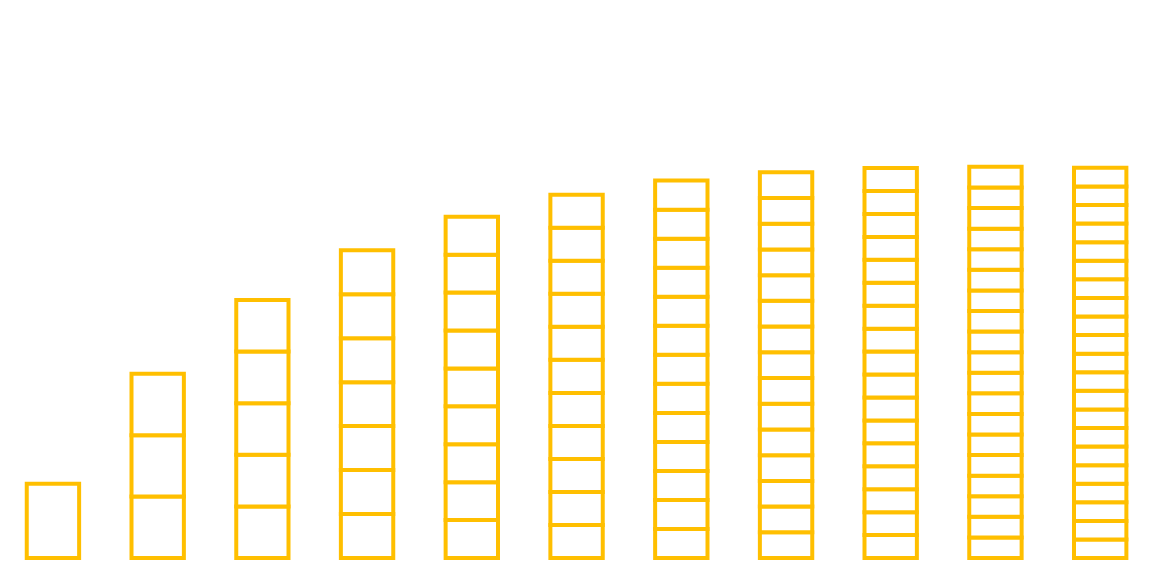 This is Cowen's "most economical model".
Posted by Jason Smith at 1:59 PM