The Keynesian part of Abenomics is the part that works

Both Noah Smith and Scott Sumner have drank the Kool-Aid on Abenomics, both crediting the monetary component -- you know, the quantitative easing that doesn't do anything to the price level. Here's Sumner:

Abenomics has raised the price level in Japan, reversing a secular decline.

Actually, it looks like a pretty strong claim if you look at the data in a model-independent way: 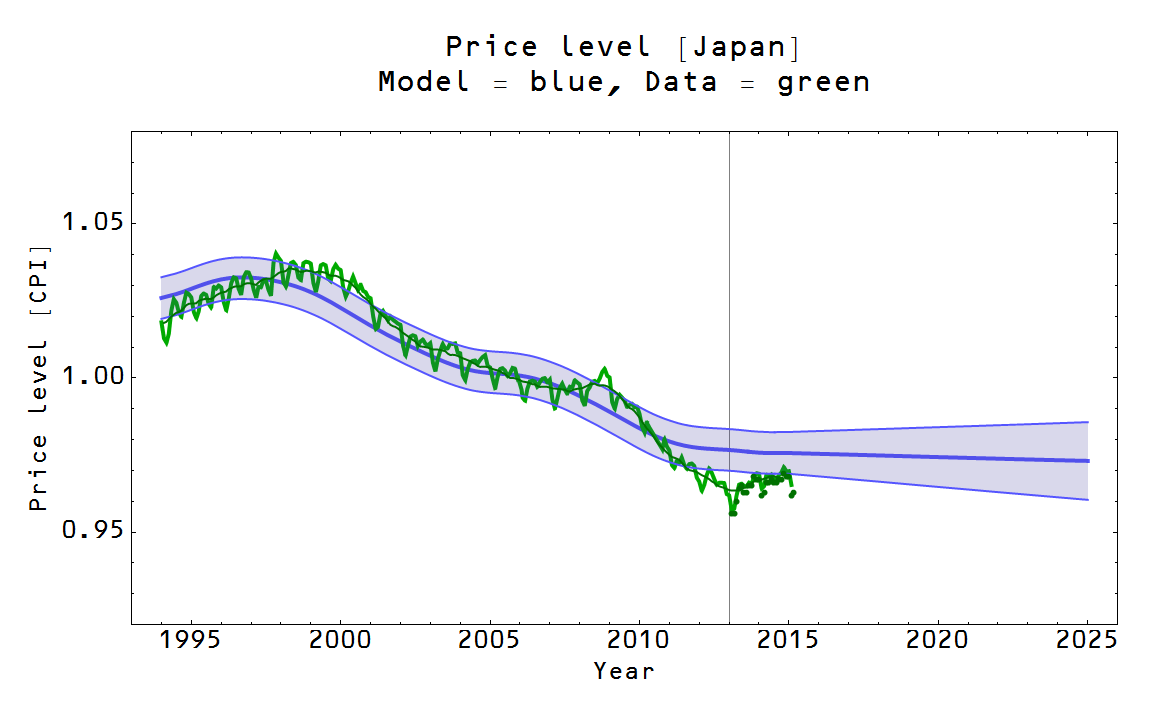 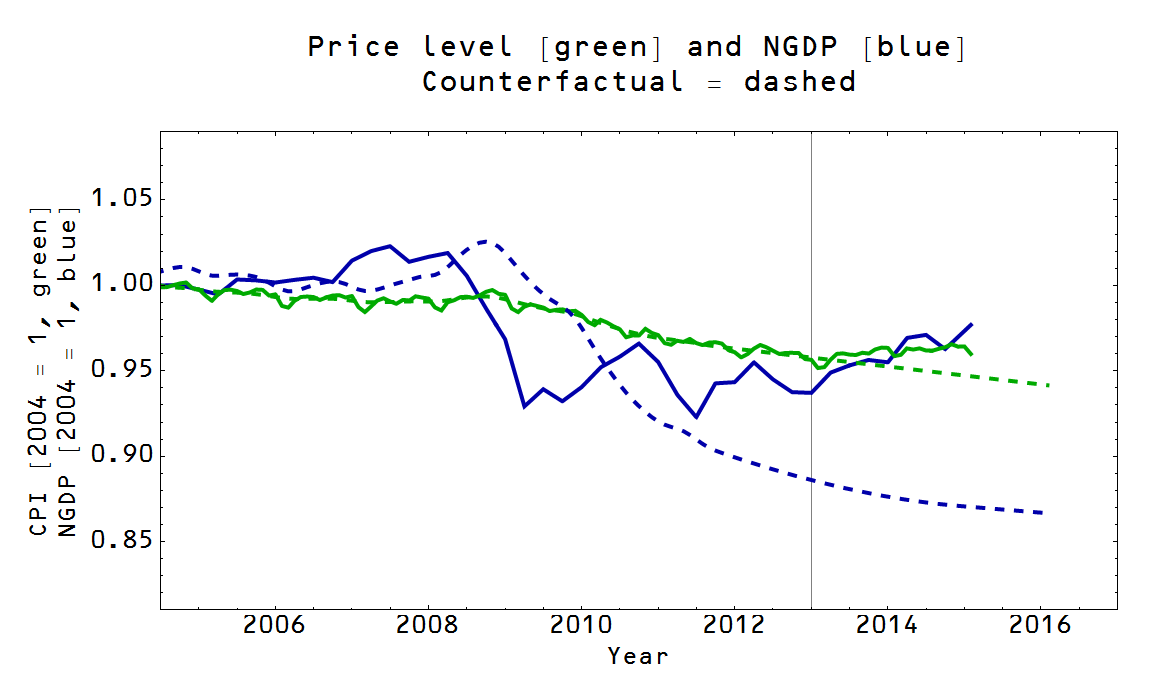 In order to produce continued deflation, if NGDP was the only effect, NGDP would have had to continue on its downward trajectory. Now lets look at the difference between this counterfactual and actual NGDP and compare it to government expenditures in Japan: 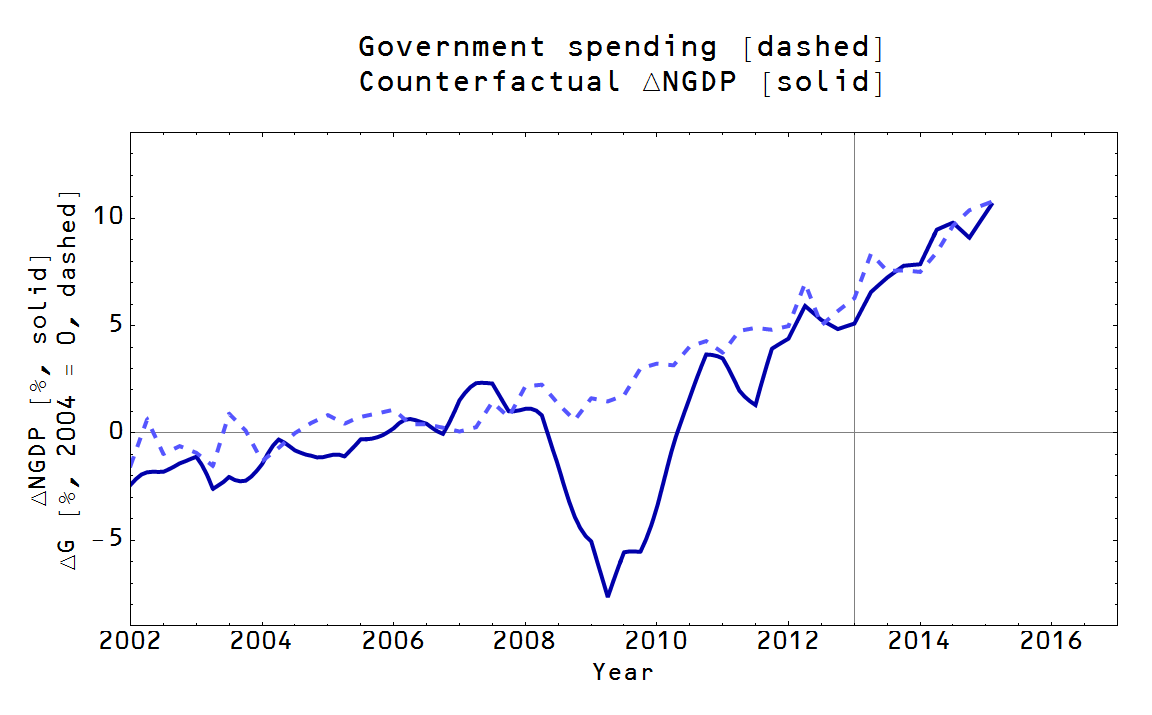 Actually the reverse seems to have begun in 2008. The financial crisis gave the Japanese government a reason to expand spending -- it had been flat since 2002.

Commenter LAL asked (below) if counterfactual deflation was smaller, would it lead to similar results. It does -- there is a slight difference in that the same increase in spending leads to a smaller increase in NGDP: