Matthew Yglesias and the economic theory of everything 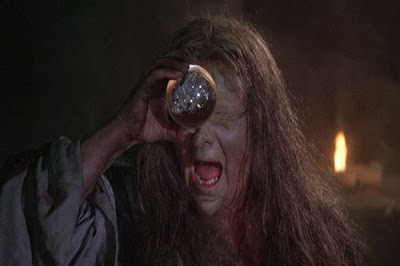 Matthew Yglesias apparently knows the economic theory of everything. He says these are effective policy options:
How do you know this Matt? What theory tells you this?


The Fed is having trouble making its inflation target and a level target would involve inflation going higher than it currently is.

The giant rounds of QE don't seem to have had a very strong effect on output in the US (Mark Sadowski says it's about a 10 to 1 ratio of QE to price level, and I agree that is how much effect it would have if it wasn't approximately zero [1]). The impact in Japan and the EU have also been muted.

Switzerland's devaluation had zero effect on increasing inflation (deflation followed). [Although there seems to be some ability to induce deflation with the traditional method of decreasing the money supply as I will talk about in a future post -- more consistent with my idea of a maximum inflation rate.]

And macroeconomists didn't seem to think negative interest rates were even possible until last year, but after reading some blogs [2] Matt knows it's a viable monetary policy option. Basing monetary policy on program buying by pension and mutual funds (a commonly discussed mechanism for negative rates, along with the inconvenience of holding billions in physical cash) seems like exactly the kind of argument Lucas was warning about with his famous critique.

Sure, these are existing policy options. Janet Yellen could resign, for example. However Matt implies that these options will actually do something even though our past experience shows they have limited impact. That statement is of course theory and counterfactual dependent. But that is my point.

I don't disagree with Matt's conclusion that the Fed shouldn't raise rates. And the initial reason is much better (don't raise rates now just so you can lower them later). But he goes on to say you shouldn't worry about policy ineffectiveness because there are effective policies (he knows they're effective because he understands economic theory of everything).

I think a bit of praise from Scott Sumner has gone to his head.


[1] In the information transfer framework, none of these options will do anything in our current situation.
[2] I think it's mostly Scott Sumner's blog.
Posted by Jason Smith at 3:00 PM