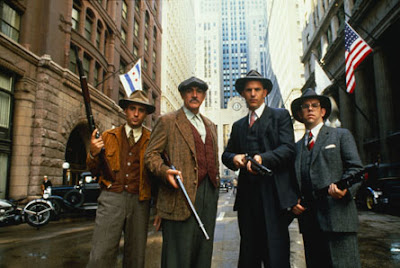 "Tight money leads to lower expected future NGDP growth. I don’t think that can be disputed."

No, Scott, it really can't be disputed ... because you define "tight" money by lower future expected NGDP growth.

Coupled with my post on Wicksell earlier this week, Sumner's post made me think a bit about what I'll call the unobservables: a collection of macroeconomic properties that cannot be directly measured. This list is not meant to be exhaustive, but here are some key ones [1]:
What do these all have in common? They're all directly linked to an observable: inflation. Scott Sumner does mix it up a bit by keying in on NGDP growth (= inflation + RGDP growth). So the unobservables are all linked to a specific mechanism of (accelerating) inflation:
This leaves out a couple of additional mechanisms like supply shocks (which aren't monetary policy and thus considered more "real") and the neo-Fisherite view that high interest rates lead to inflation (via a specific expectations mechanism). But essentially we have a list of ideas people had about what causes inflation combined with an unobservable factor that determines how/when the mechanism works. Here's a generic way of putting this:

That's how you get falling estimates of the natural rate of interest [pdf] or unemployment, or falling velocity. And that's how you get Scott Sumner calling monetary policy "tight" since the 2008 recession. I don't mean to say that is hasn't been "tight", just that "tight" is kind of a circular definition.

And that's the issue with the macroeconomic unobservables. Most of the time there's no way to calculate them besides using the data you're trying to explain, and when you can calculate them, they turn out to be wrong (inflation expectations are backwards looking, money velocity isn't constant).

I like to think of the information transfer model as the analog of the Schrodinger equation for velocity. But really, it's the Schrodinger equation for all of these unobservables since it tells you what inflation and NGDP are going to be. "Tight" money is when interest rates are above the information equilibrium value, or when the economy is above the NGDP-M0 path (see here). The best measure of the natural rate of interest is the information equilibrium value. The best measure of the natural rate of unemployment can be calculated. Velocity is κP (though I like Cambridge k more). And κ is a measure of the relative information in a symbol of output (proportional to the log of output) to a symbol of money (proportional to the log of the amount of cash). Or (probably more accurately), the inverse of the ensemble average of all of the individual market relative growth rate factors a.

But inflation expectations -- those are bogus.


[1] I left out total factor productivity because I'm focusing on monetary policy.
Posted by Jason Smith at 8:35 PM