Cullen Roche chimes in on empiricism and his post is germane to the ongoing conversation on this blog.

The economy is one of the most complex systems that exists in the world. Perhaps even the most complex system. I like to think of the monetary system like a car. ... The problem is that the environment in which our car exists is unbelievably complex. There are so many external forces impacting the car that it’s very difficult to decipher what is causing what. Add behaviorally biased people inside the car and deciphering our car’s actions goes from very difficult to decipher to nearly impossible to decipher.

Time for another Socratic dialog, this time between Complexio, someone who thinks the economy is obviously complex, and Simplicio, someone who doesn't.

Complexio: The problem with empirical approaches is that the environment in which the economy exists is unbelievably complex.

Simplicio: Complex? How so? Algorithmic complexity?

Complexio: I just mean there are lots of external forces impacting the economy.

Simplicio: Ah, it's the net effect of a sum of forces drawn from lots of unknown distributions with unknown shapes.

Simplicio: So why doesn't the central limit theorem apply?

Complexio: Well, because they aren't independent distributions — there are correlations.

Complexio: What? No, just look at the economy, the monetary system — it's very complex.

Simplicio: Oh ... you just eyeballed it?

Complexio: Behaviorally biased people are impossible to predict, so the economy is very complex.

Simplicio: But, if the program was as long as the string, then you'd have something that is algorithmically random.

Complexio: Are you saying that very complex behavior can be thought of as random?

Simplicio: Let me get this straight. There are a lot of different forces on the economy, but not too many that the central limit theorem applies, and the human agents are complex, but not so complex that they can be treated as random?

Simplicio: You really mean complicated, not complex. But apparently not too complicated. Macroeconomics sits in a sort of Goldilocks zone where theory and empiricism don't apply? Not simple enough for direct theoretical approaches, but not too complicated that you can use maximum entropy approaches. Big enough to have too many working parts to measure accurately, but not big enough that we can use the law of large numbers.

Complexio: You're making it sound as if I'm giving a post hoc rationalization for not using a scientific approach.

Simplicio: You're the one who said that.

Simplicio: My question is this: how do we know anything about the economy if it has Goldilocks complexity? Our limited human brains are great at figuring out things that are very simple — like gravity, or statistical averages of lots of variables — like catching a football. If the economy really has Goldilocks complexity then anything anyone says about the economy should be treated with all the respect of a conspiracy theory, and the only rational way to look at the macroeconomy would be like Danny in The Shining. 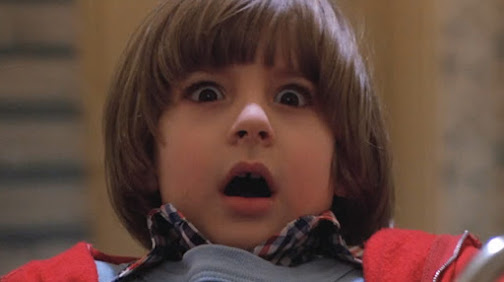 PS It's my own personal joke that I am Simplicio.

PPS Added a bit about complex dynamical systems above, which has to do with complex numbers and not so much "complexity". Ordinary real dynamical systems can exhibit complicated behavior (e.g. Lorenz attractors and chaos).
Posted by Jason Smith at 7:36 PM