John Handley brought up Japan's Phillips curve as evidence against Noah Smith's claim that Japan is where macro theories "go to die" (except mine!) and my own claim that the Phillips curve is useless (in comments here) because it isn't stable. I saw John's graph and thought it was pretty striking: 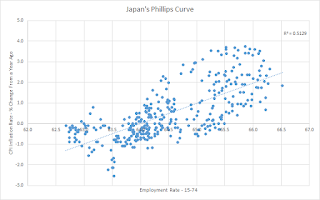 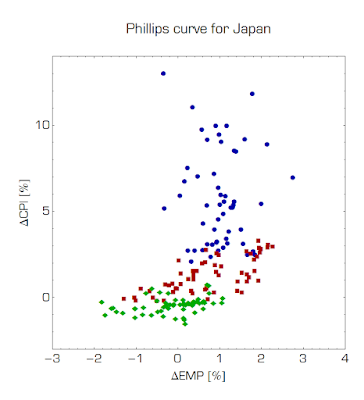 The blue is from 1970 to 1986, the red is 1986 to 2000 and the green is 2000 to the present (roughly). John's data would be the red and green. The full data set is decidedly flattening, consistent with the general behavior in the information equilibrium model (see e.g. here). As monetary policy becomes ineffective, the impact of monetary expansion on output and employment becomes less and less dramatic.

Also, this is related to the economics joke: Japan's Phillips curve looks like Japan ... 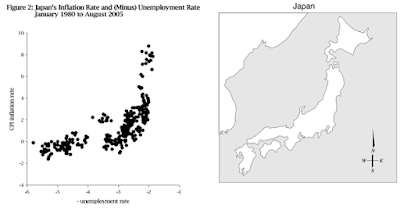 
Per the discussion with John Handley below, here are the 10-year interval (for the prior 10 years) Phillips curve slopes for Japan with standard errors: 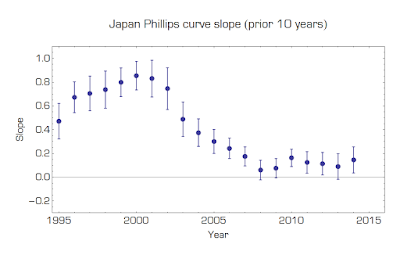 The slope falls over time as mentioned previously (and as it does for the US). Here are the p-values for these slope values: 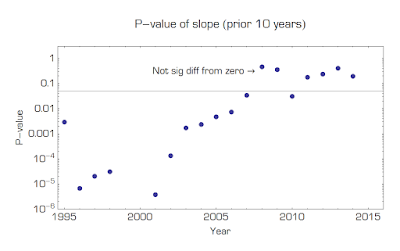 And without removing the VAT: 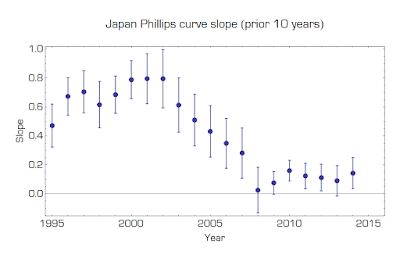 Without removing VAT and prior 5 years (mostly, the significance just goes away): 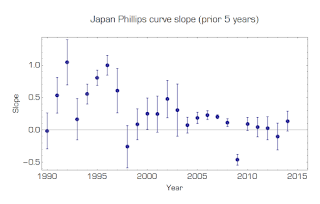