Are we no longer safe from a recession?

I had a speculative indicator of recessions based on interest rates being high or low relative to the IT model trend based on the NGDP-M0 path all described at this post. I mentioned that I would check it out when I got a chance given that there seemed to be potential for really low inflation over the next 6 months as I talked about here.

Well, it turns out for the first time since 2008, the effective Fed funds rate (the short interest rate) is above the IT model trend: 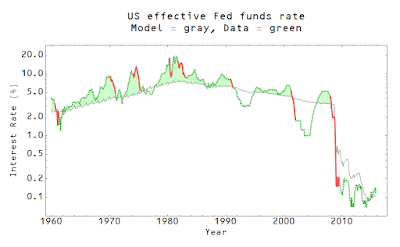 And here's the model (not the trend extracted from the NGDP-M0 path, shown at the bottom of this post) of the 3-month rate (as it usually appears on this blog): 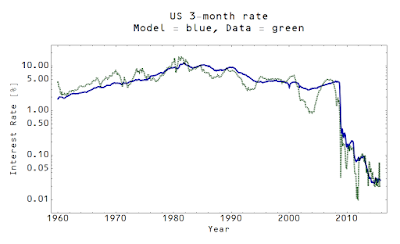 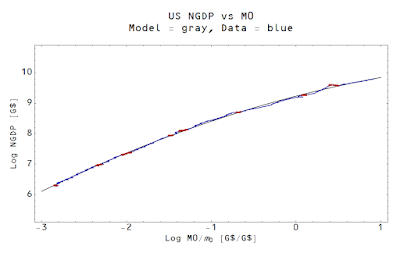