The housing bubble: a personal view 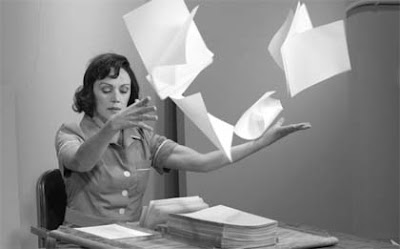 Paul Krugman discusses the housing bubble and the run-up to the financial crisis in his new post and I thought I'd share a quick bit personal history.

I received my PhD in physics in 2005 (a bit more than ten years ago), but after spending the previous year travelling to various institutions to give post-doc interviews and talks, meeting other post-docs and hanging out in those cities I decided that I didn't really want to do it. At least, in the US. I was offered a few other positions -- I considered one in Tawian just for the experience (I like Wong Kar Wai movies). In the end I said to myself that it would be University of Liège working with Maxim Polyakov (e.g. here) or nothing. He didn't get as much funding as he needed and so wasn't able to hire anyone that year.

That's when I decided to look into that flow of physicists into Wall Street. In one case, I considered a job as a quant in New York. But at this point in my job search, I ran smack into the housing bubble.

I had an interview at one bank that I'll just call Acme Banking. Acme Banking's chief line of business was mortgages. And I was interviewing for what turned out to be a more senior mortgage risk analysis position than I originally thought. The first interview happened in the risk analysis department that seemed more like one of those movie newsrooms where papers were flying everywhere and everyone is running around. I was in a small room and one of the risk analysts proceeded to give me the strangest whiteboard lecture about tail risk. It wasn't like college where it's all academic. Tail risk was clearly real and something to be feared.

I was called back for a second interview and I met the person I would be working for. His huge office was high up in the Seattle skyline (one of the best views I've seen besides the Space Needle). His big idea -- and the reason he was interviewing people -- was to move beyond Acme Banking's old process of granting mortgages and create something more quantitative. It was during this interview that I realized that Acme Banking had basically granted mortgages to people based on the personal feelings and intuition of their mortgage salespeople. There was almost no quantitative analysis. This was 2005.

At the height of the housing bubble, Acme Banking suddenly thought it was a good idea to understand how much money was at risk. I surmised they had recently hired a couple people already and that was why the risk analysis department was so frantic.

Anyway, I decided against that job. And Acme Banking went under/was bought out a couple years later in the financial crisis of 2008.

Instead I took a job doing research and development in signal processing almost exactly ten years ago (on Nov 18th, I started on Dec 2nd).
Posted by Jason Smith at 2:43 PM