Back in this post, I mentioned that the observed distribution could produce the slight deviation from from a constant price P in the market P:NGDP→NW (aggregate demand sending signals to nominal wages). I'll put a little bit of meat on that claim here. Let's start with a population with a distribution of incomes: 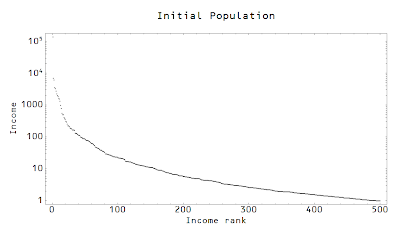 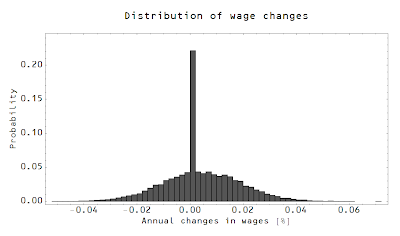 Compare this with the distribution here. And here is the model result from the sticky wage post (red) alongside this simulation (black), which shows the plausibility of this observed distribution leading to the deviation from sticky wages: 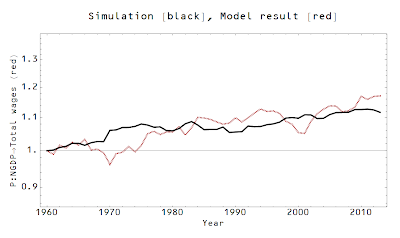