The always excellent David Glasner has a couple of posts up [1], [2] about the gold standard. One thing he mentions is David Hume's thought experiment:

"The [automatic] adjustment process, which came to be known as the price-specie flow mechanism (PSFM), is widely considered one of Hume's greatest contributions to economics and to monetary theory. Applying the simple quantity theory of money, Hume argued that the loss of 80% of Britain's gold stock would mean that prices and wages in Britain would fall by 80%. "

I thought I would see what happens in the information transfer model, replacing 18th century Britain with 21st century United States and gold with fiat currency. In the information transfer model a gold standard currency would operate in the same way as a fiat currency at least in its effect on the price level (if a dollar was replaced by a commodity coin worth a dollar, the value of the currency stock at approximately one trillion dollars today would be a minor perturbation to NGDP and changes in its market price would be even smaller).


Hume apparently did not appreciate the nuance of perturbative analysis in his thought experiment where 4/5 of the gold supply in Britain was annihilated. I only annihilate 1/5 of the currency supply in the following graph: 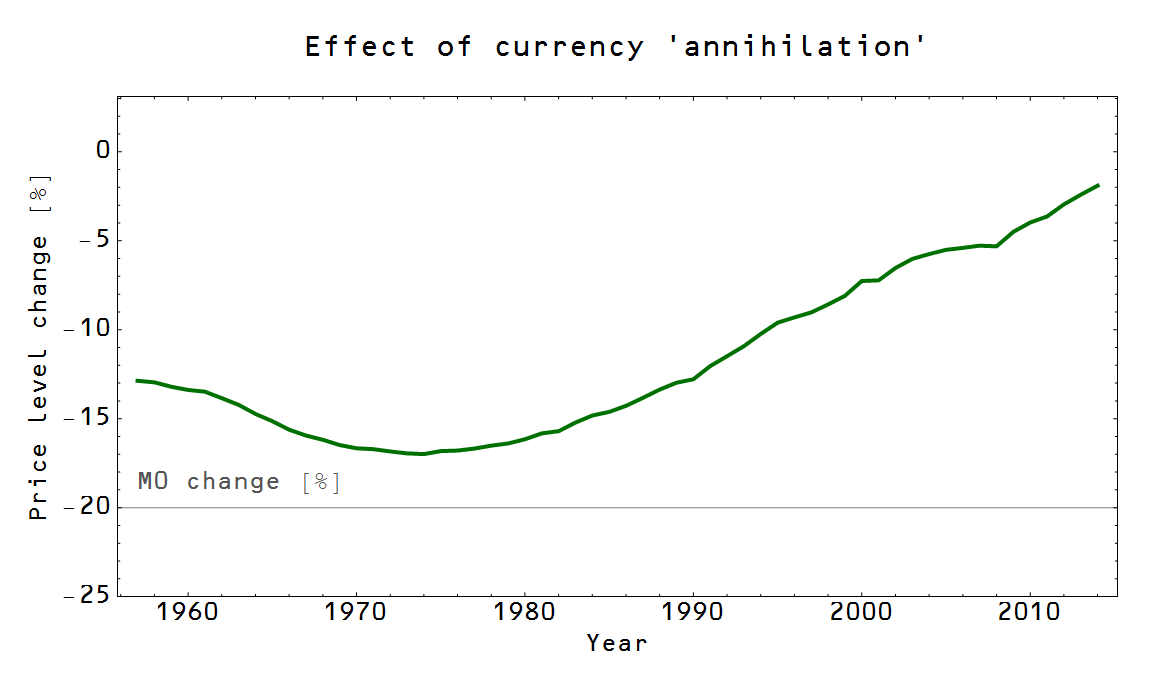 We see that in general, the price level drops but not necessarily by 20% -- the result depends on the information transfer index (which was different in different years in the US). For an IT index ~ 1 like in 2014, the fall is much smaller than for an IT index nearer ~1/2 like in the 1970s (where the change in currency is approximately equal to the change in the price level).


Glasner also refers to Milton Friedman's claim of gold "sterilization"  (the money stock not rising as much as 'it should' as gold flows into a country) and Hayek's claim that it wasn't happening in France. Here's Glasner:

"What Friedman meant by sterilization is that the incremental gold reserves flowing into the Fed did not lead to a commensurate increase in the stock of money held by the public, the failure of the stock of money to increase commensurately with an inflow of gold being the standard understanding of sterilization in the context of the gold standard."

"Of course 'commensurateness' is in the eye of the beholder. Because Friedman felt that, given the size of the gold inflow, the US money stock did not increase 'enough,' he argued that the gold standard in the 1920s did not function as a 'real' gold standard would have functioned."

"Thus, in his 1932 defense of the insane Bank of France, Hayek pointed out that the domestic quantity of money had in fact increased in France along with French gold holdings. To Hayek, this meant that the Bank of France was not sterilizing the gold inflow. Friedman would have said that, given the gold inflow, the French money stock ought to have increased by a far larger amount than it actually did."

The issue here appears to be that there was no agreed upon fixed relationship between the money stock and gold, with the stock rising in a less than one-to-one correspondance. How does this look in light of the information transfer model example above? I won't be looking at the money stock (monetary aggregates such as M1 or M2), but rather the price level, however the argument still holds since both Friedman and Hayek both believed in some variant of a quantity theory of money such that in the long run e.g. P ~ M1.


Here is the graph of the effect of a 20% increase in the currency (i.e. gold) on the price level: 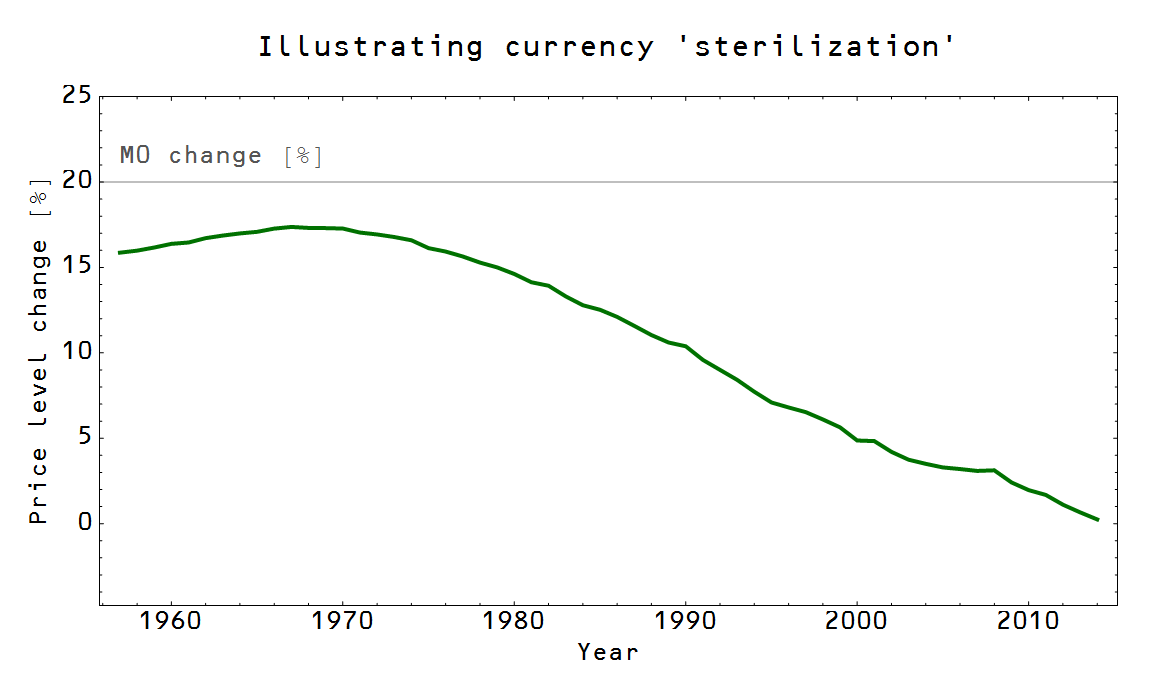 Again, we see that the change in the price level is somewhat less than 20% -- this difference is effectively the "sterilization" early 20th century monetary economists referred to.


One interesting thing is that this seems to provide evidence that the information transfer index was close to ~ 1 in the 1920s and 1930s: France and the US increasing their gold supplies didn't cause the price level to shoot up as much as the gold supplies increased (nor the same amount of deflation in other countries as the fraction of gold supplies decreased). Everyone seemed to be in liquidity trap conditions that set up the Great Depression and the apparent fecklessness of monetary policy. I say apparent because, in fact, monetary policy couldn't stop the deflation happening because of the fall in NGDP (or RGDP). 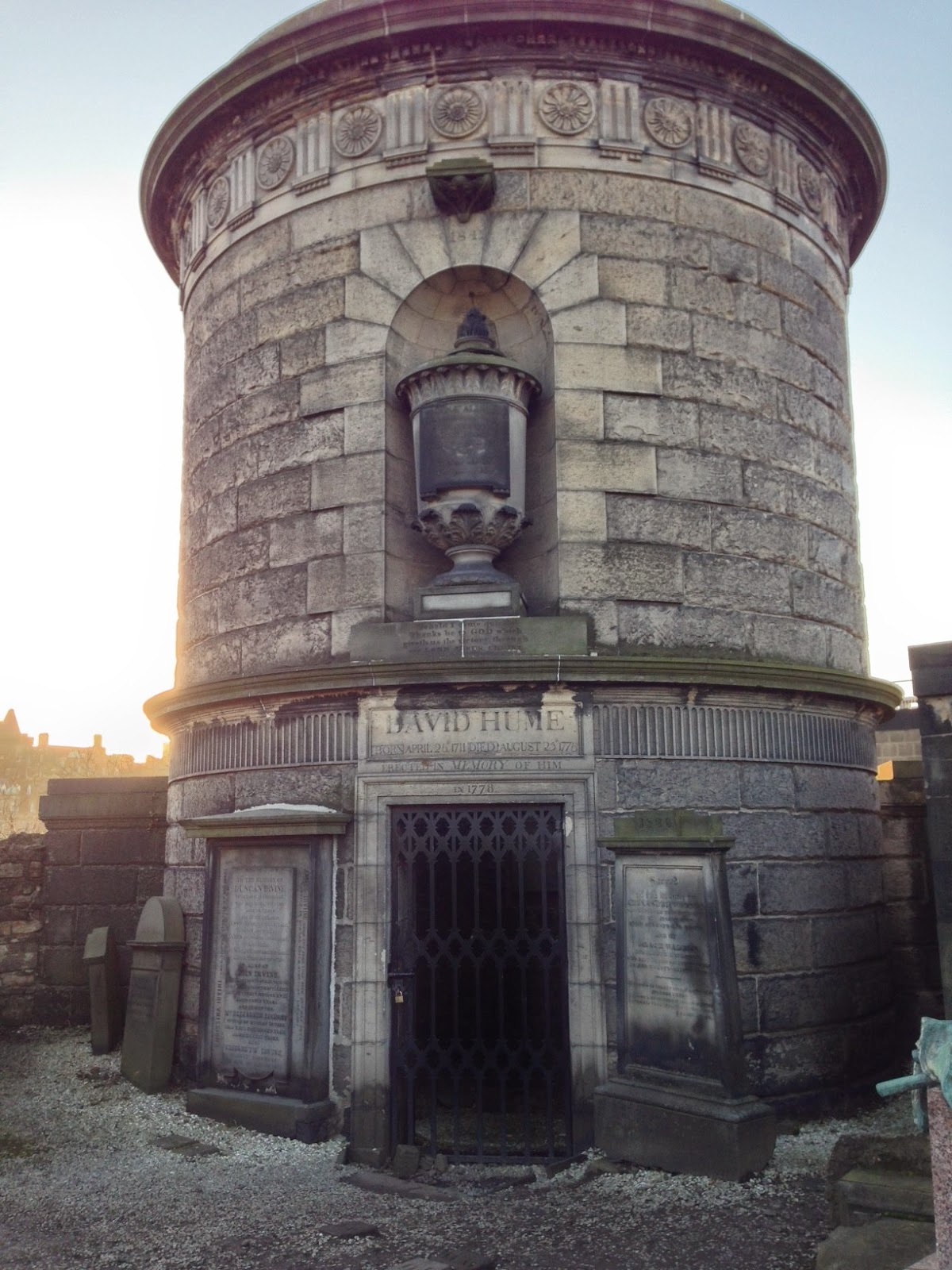