Tom Brown directed me to David Andolfatto's post about deflation; I am still pondering that post and plan on discussing it in the future. However, one thing that caught my eye is that Andolfatto cites measuringworth.com (MW) which has produced some estimates for the US economy going back to the late 18th century. My question is, as always, how does the information transfer model (ITM) do with this data?

One thing that we can immediately show after extrapolating the currency base is the path of the US economy through NGDP-M0 space: 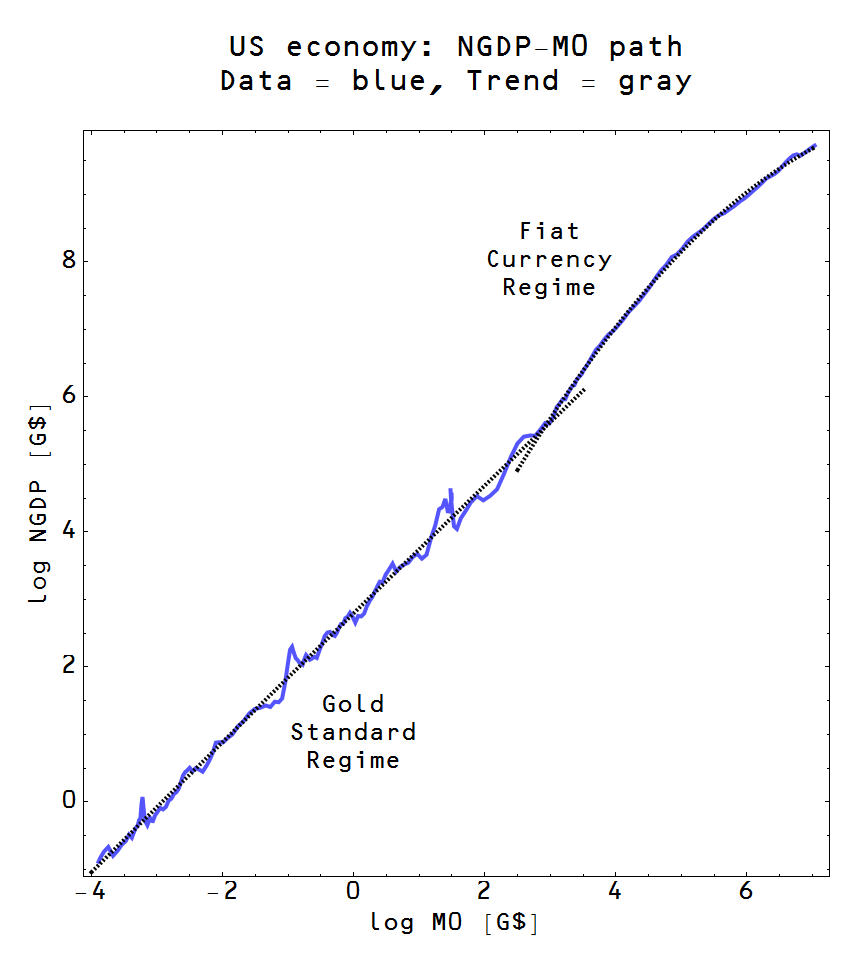 And one thing that immediate jumps out of this graph are two trend paths (derived from the information transfer model for a large number of random markets). One holds while the US is on the gold standard and a second picks up after WWII. The three major upward deviations from the trend preceding major crashes are associated with the War of 1812 (the 1815-1821 depression), the Civil War (the 1865-1867 recession) and the Great Depression. On this scale, most of the post-war recessions of the fiat currency regime look insignificant (even the "Great Recession"). See here for more about how these deviations are associated with recessions.

MW also has price level data, so let's see how the ITM does with the price level and inflation. I broke the data into three "monetary regimes" around the establishment of the Fed (1914) and WWII (note I already dealt with the transitional period around the Great Depression and WWII here). Here are the results for the price level: 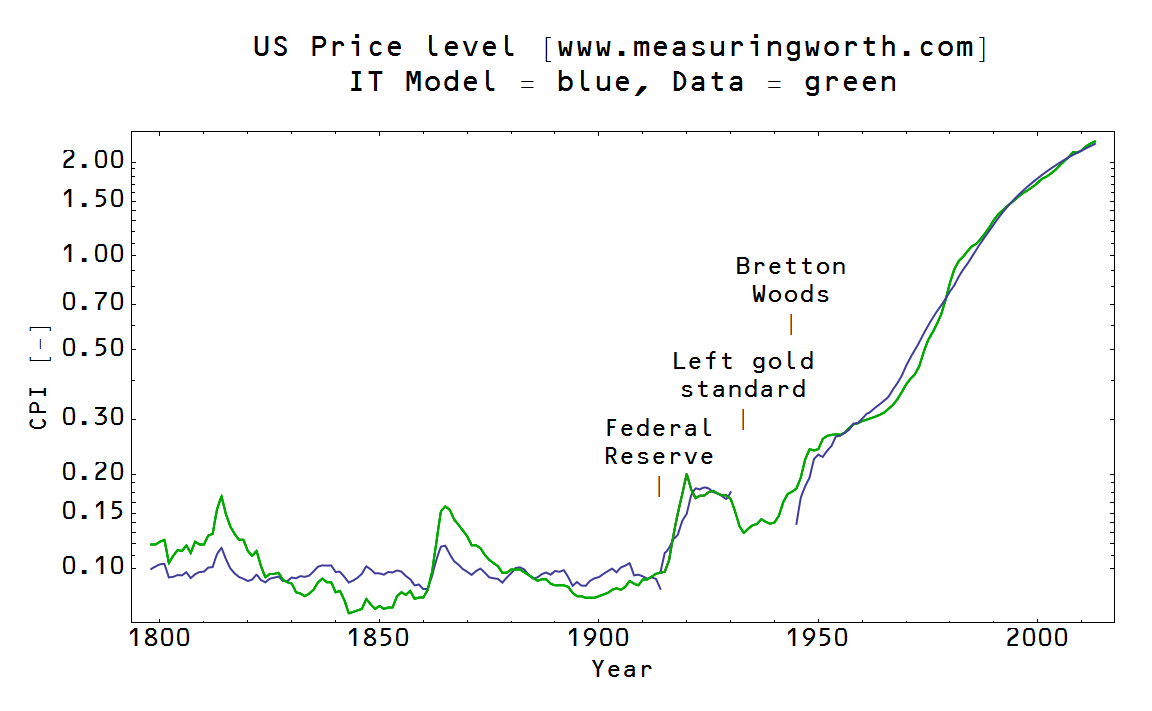 Here are the results for inflation: 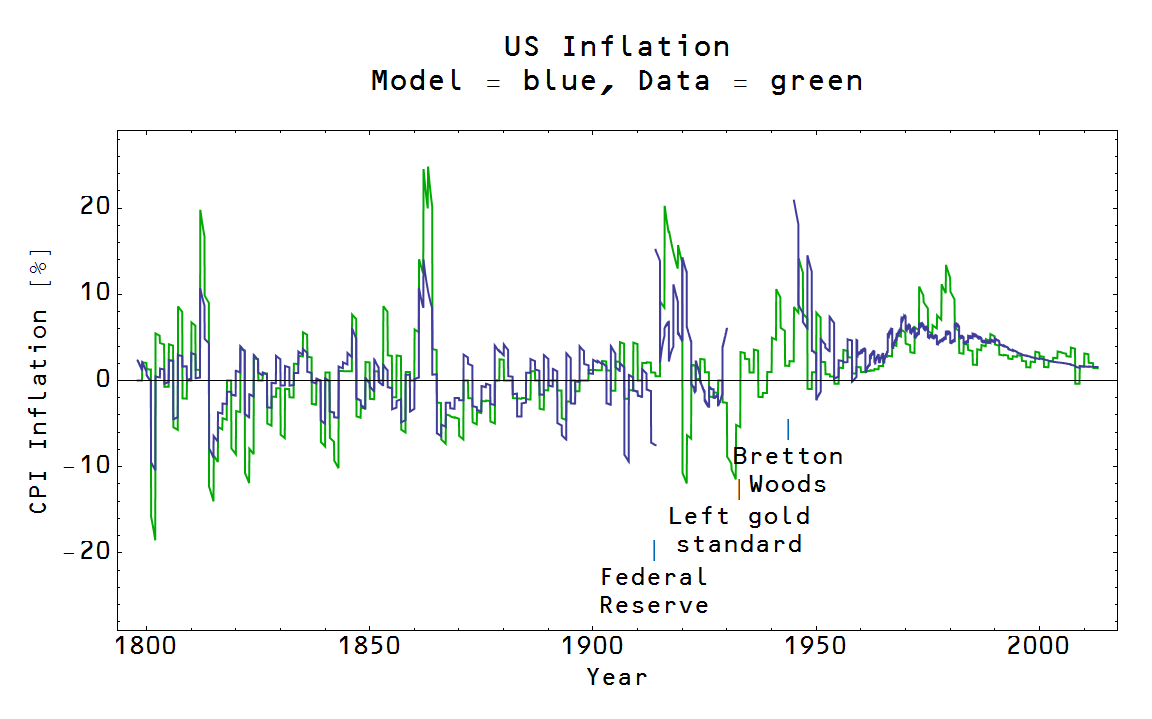 Overall, the mode does a pretty good job -- the ITM has somewhat less dramatic shifts in in inflation (which leads to some systematic overestimation/underestimation of the price level since the price level depends on the integral of inflation). I dealt with the missing part in during the transition off of the gold standard here -- the annual data is too coarse to get that piece to be anything more than a line.
Posted by Jason Smith at 5:06 PM