Does Canada know about the information transfer model?

Nick Rowe put up a post yesterday and to simplify the discussion, let me just quote him:

First, let me say that it is probably impossible to get anything out of market fluctuations of this size. The graph at the end of Nick's post is inside the green square in this picture: 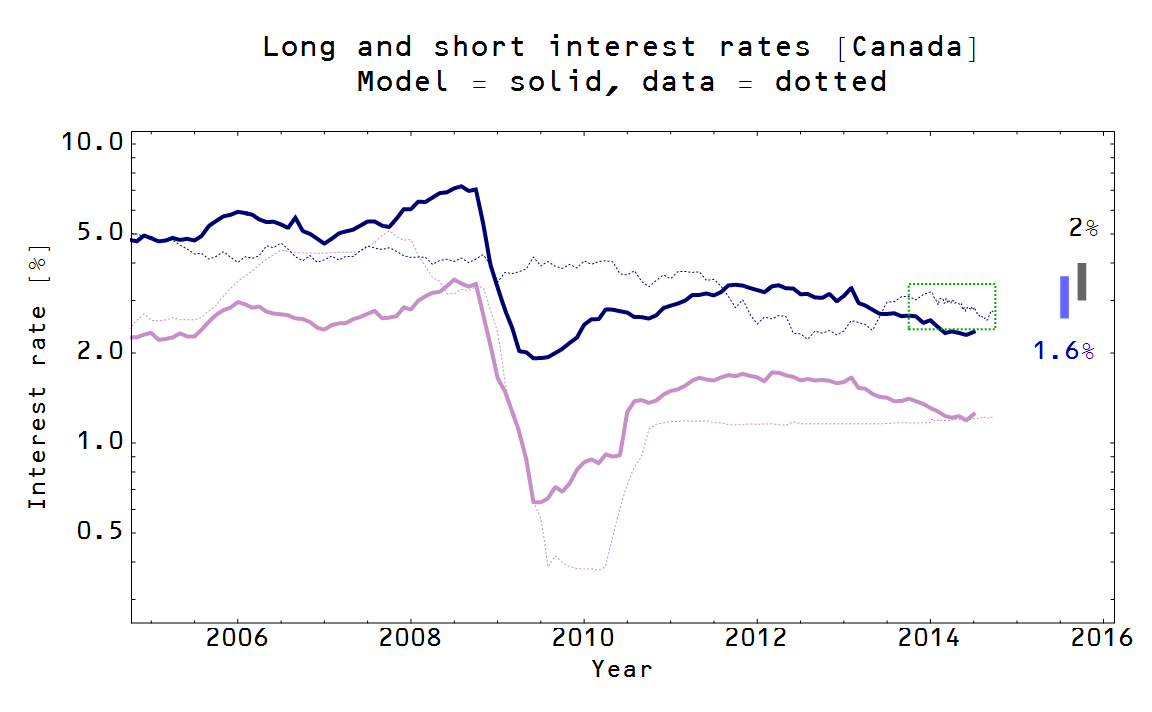 These are really tiny movements.


Now the information transfer model (ITM) is probably the best model of interest rates in existence [1] (the results for Canada are also shown in the graph above). Again, the movements Nick is talking about are swamped not only by market fluctuations, but by model error.


However, there is another possibility Nick doesn't mention in his either/or quoted above: the bond market could believe Canada will undershoot its inflation target. Why would they believe this? Maybe some people read this post and believed the model. The ITM predicts the average inflation rate going forward 30 years is about 1.6% in Canada, which means that the nominal neutral rate [2], instead of being 3% to 4%, is actually 2.6% to 3.6% -- exactly where the data is. I show both these ranges on the graph above as well (in gray and blue, respectively).


Nick will probably apoplectic about the Bank of Canada being unable to meet its 2% inflation target (if he even notices). Personally, I'd subscribe to the "it's within the model error" view.