There have been a couple of references to bitcoin on this blog (including a couple comments), but I was reading this on my flight back home last night and something clicked when I got to this:

Most digital currencies incorporate a pre-determined path towards a fixed eventual supply.

Since I've been looking at the path of NGDP-M0 in the past few posts (e.g. here), I realized that a bitcoin economy (where a bitcoin defines the unit of account) would reach some point along the NGDP-M0 path, stop and fluctuate around that point.

The Fed came close to experimenting with this kind of trajectory just before the Great Recession -- currency in circulation started to reach a plateau. Let's take the bitcoin counterfactual where that plateau continued indefinitely (i.e bitcoin existed since the 1960s or so and reached fixed supply in 2008): 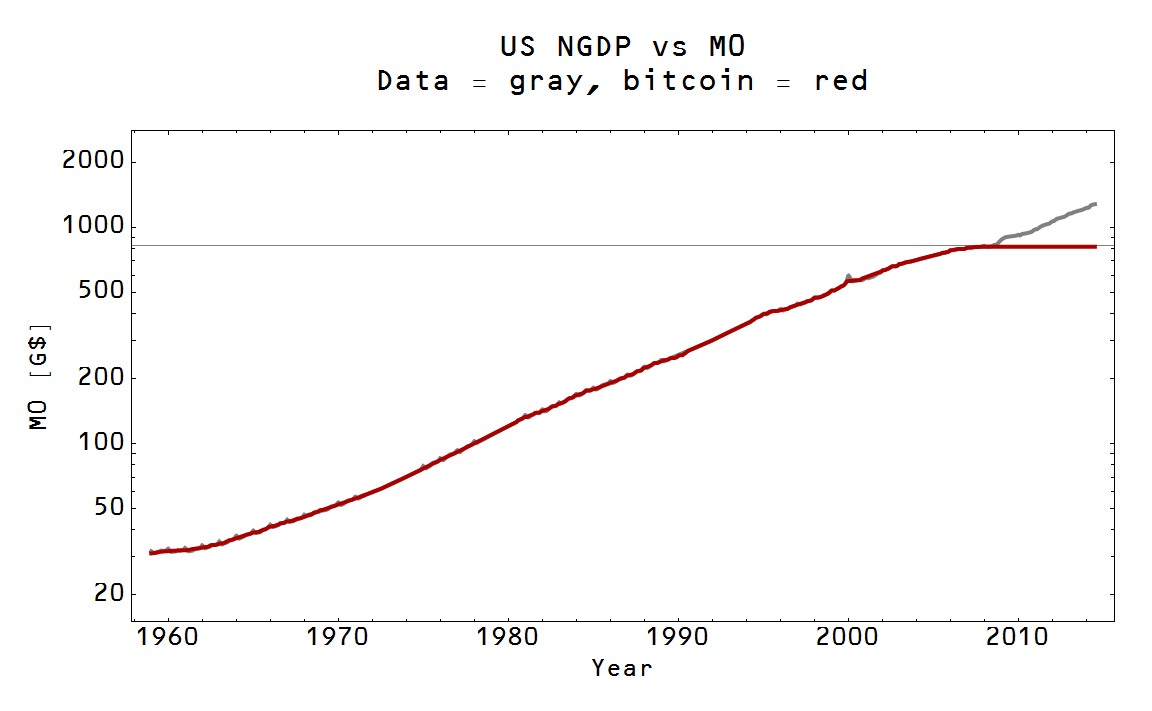 Although I guess it is possible to delete bitcoins, I also altered the time series so the bitcoin M0 never decreases. Now, what would happen to the path of NGDP-M0? Well, you hit a wall: 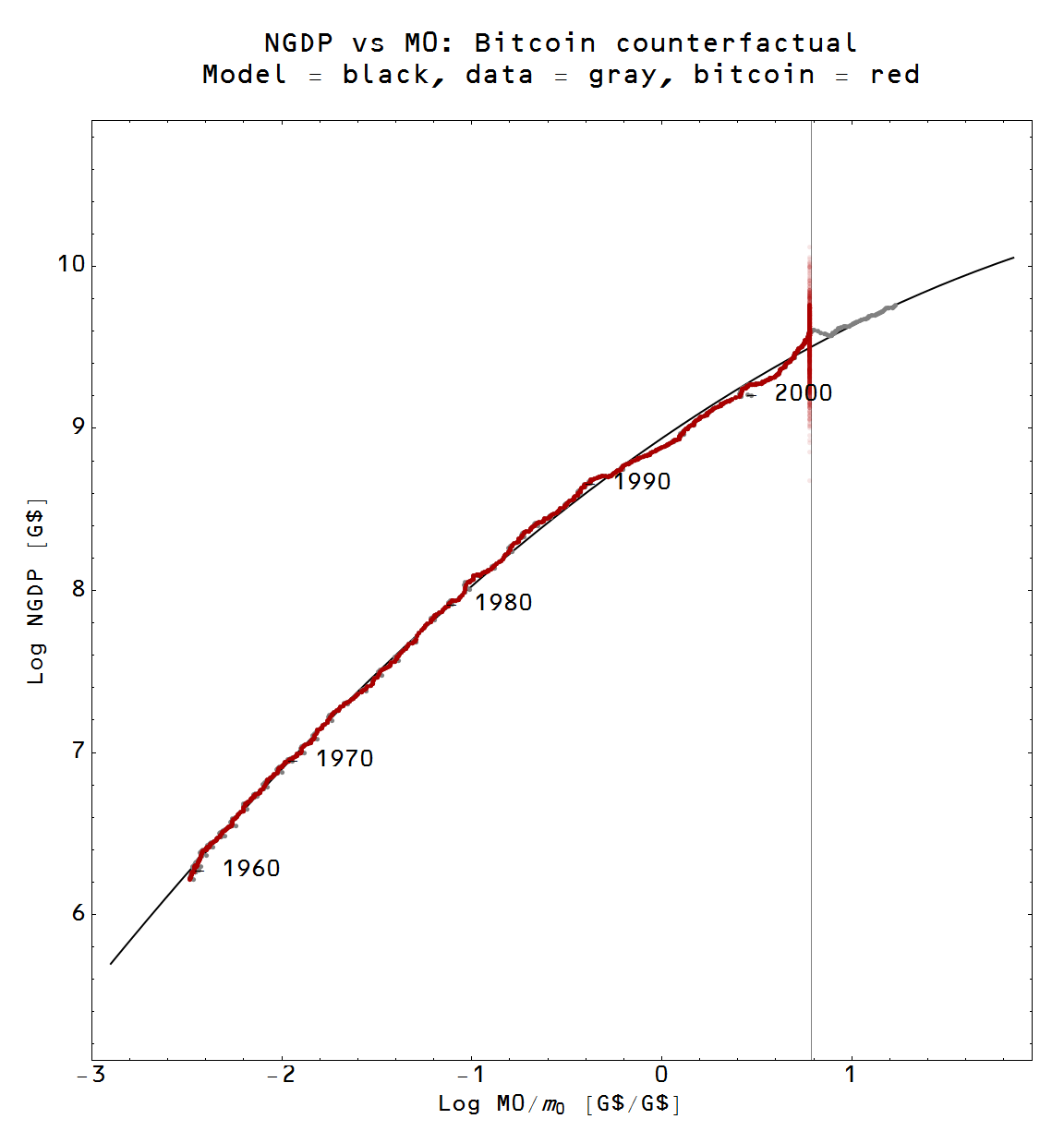 I'm not sure what would constrain the size of the shocks -- you'd have massive recessions and large booms (somewhat like the pre-Fed US, except even during those times the gold supply would increase). I would imagine that the series of shocks would eventually cause the bitcoin economy to collapse as people abandoned it for some kind of fiat currency.

Of course, if the bitcoin path were defined by the theoretical curve then it wouldn't be doomed. Maybe someone should make info-coin that follows the theoretical path of NGDP vs M0? It is unfortunate that the name bitcoin already used "bit".

But fiat currency already seems to follow the path, so why introduce something new that does the same thing?
Posted by Jason Smith at 11:14 AM