In this update, I'm also correcting the graph from this post. The error was mostly due to the kludgey way I put the new data points in (which was itself due to Mathematica's automatic date recognition choking on a Japanese excel file) so that instead of adding the dates to the end of the time series, it started just replacing earlier data points (which cascaded into other problems with e.g. the error bands). 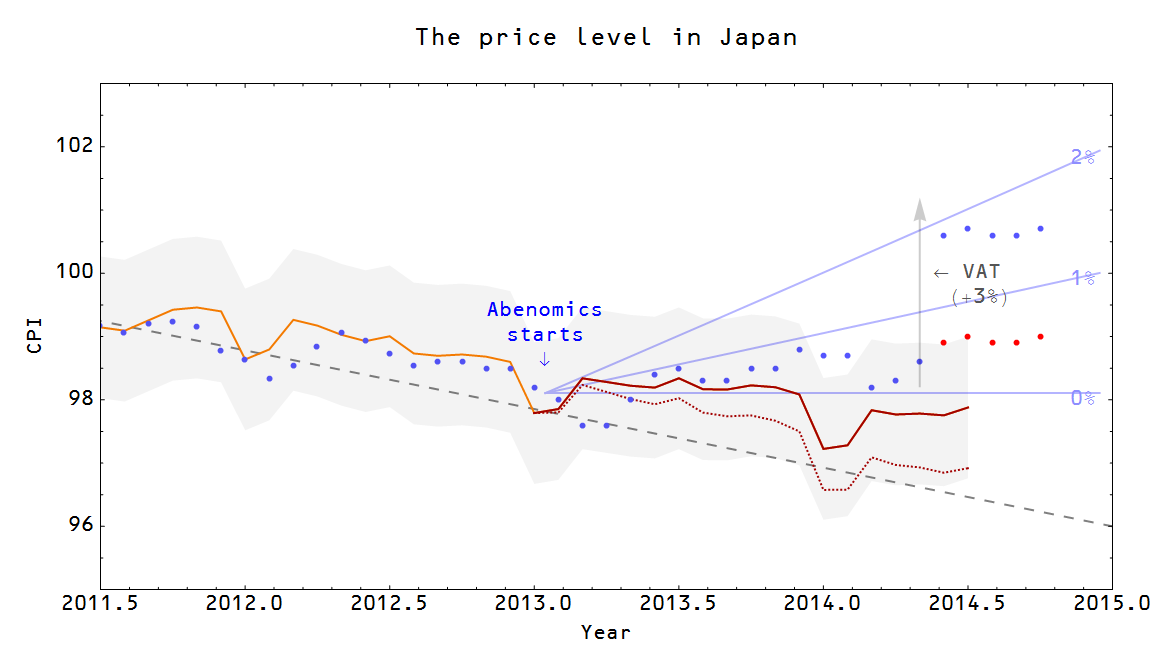 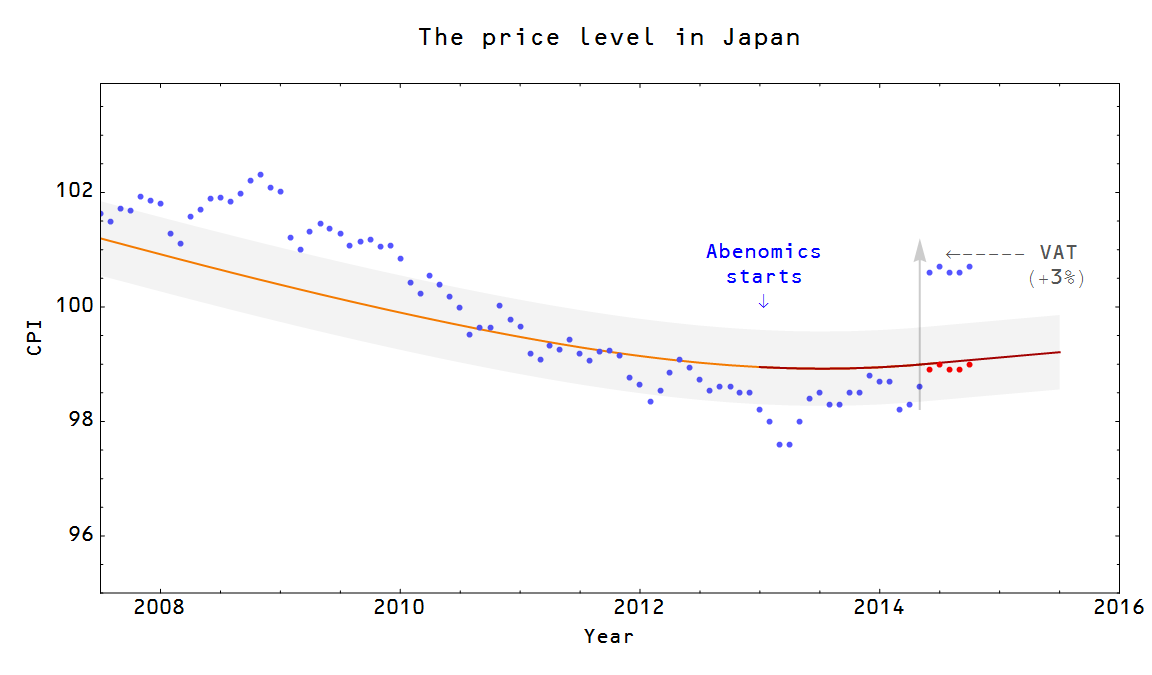 Here's the reference for interpreting the graph. The orange line is the segment of the model that was fit to the data and the red line is the results using those same parameters (the light red line takes out the estimated fiscal component of Abenomics).
Posted by Jason Smith at 2:44 PM