What would happen if the Fed unwound the QE?

What would have happened if the Fed unwound its quantitative easing program at the beginning of 2014?


Well, the stock market would probably panic, overreact and fall a few hundred or thousand points. Republicans would probably call for Obama's impeachment (even though many of them believe that QE is hurting the economy).

But after things settled down, we'd be left with a world with an effective Fed funds rate of about 2%, rather than the current 0.09%. The rise in rates would have no direct effect on output (the market crash might impact output, but that would be because of market failure, not fundamentals).

Here is the counterfactual path of the effective Fed funds rate (based on this model) after reducing base reserves to their average level between 2001 and 2008: 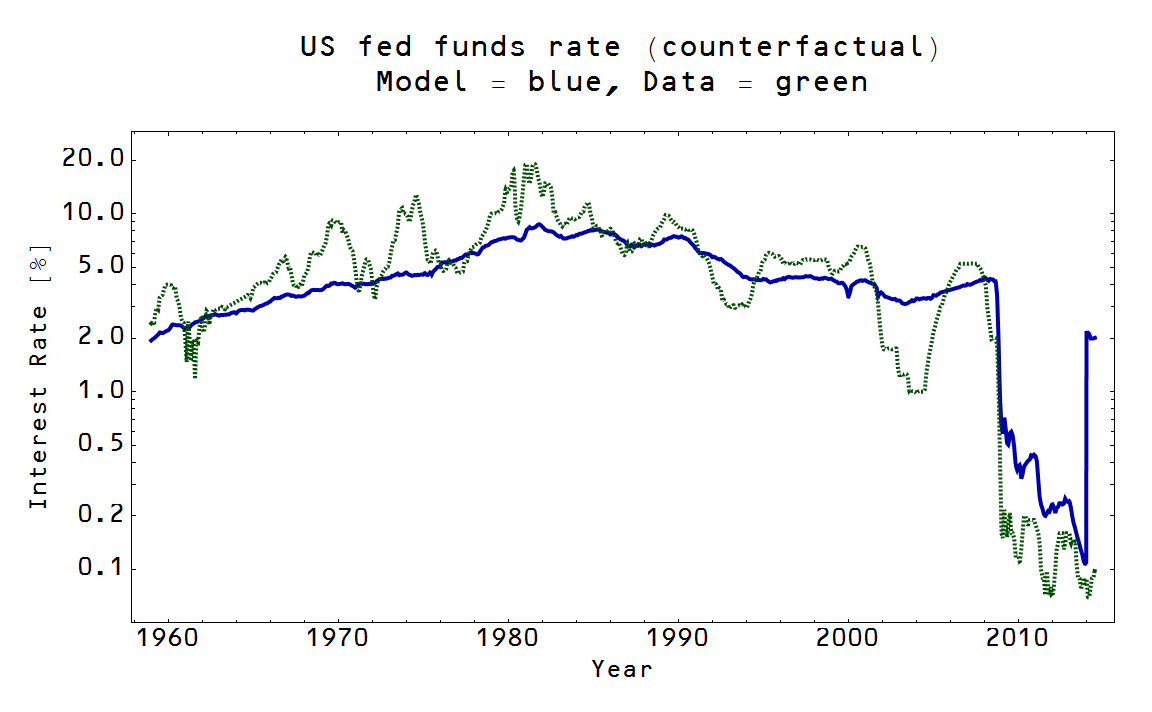 Zooming in on the interesting bit (on a linear scale): 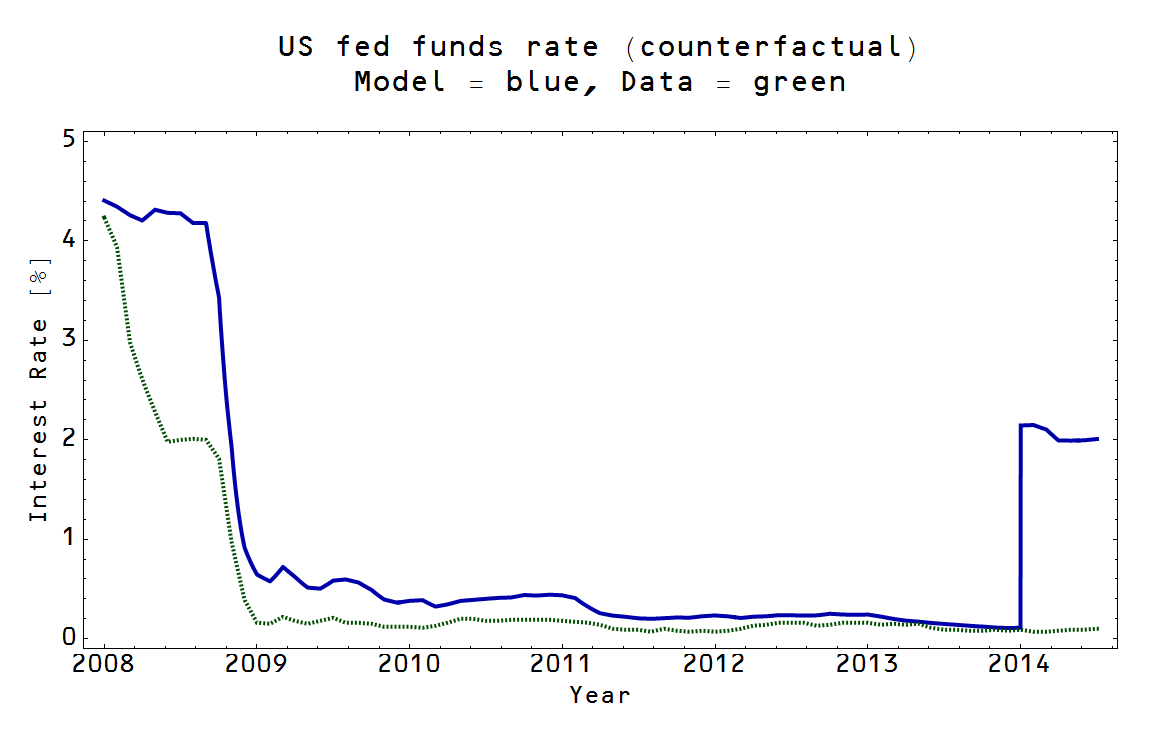