This is essentially this post, redux; the difference is the use of the currency component of the monetary base and NGDP rather than the full adjusted monetary base and GNP from FRED. There aren't many significant changes, but I thought I'd rather have this post to link to rather than the other one. Effectively the blue arrows represent the direction an NGDP boost would push the economy and the red arrows represent the direction a monetary boost would push the economy. The latter raises the price level, causing inflation that is seen in NGDP -- hence the red arrows in general have a projection along the blue arrows. Here is the plot (the path of the actual economy is in blue): 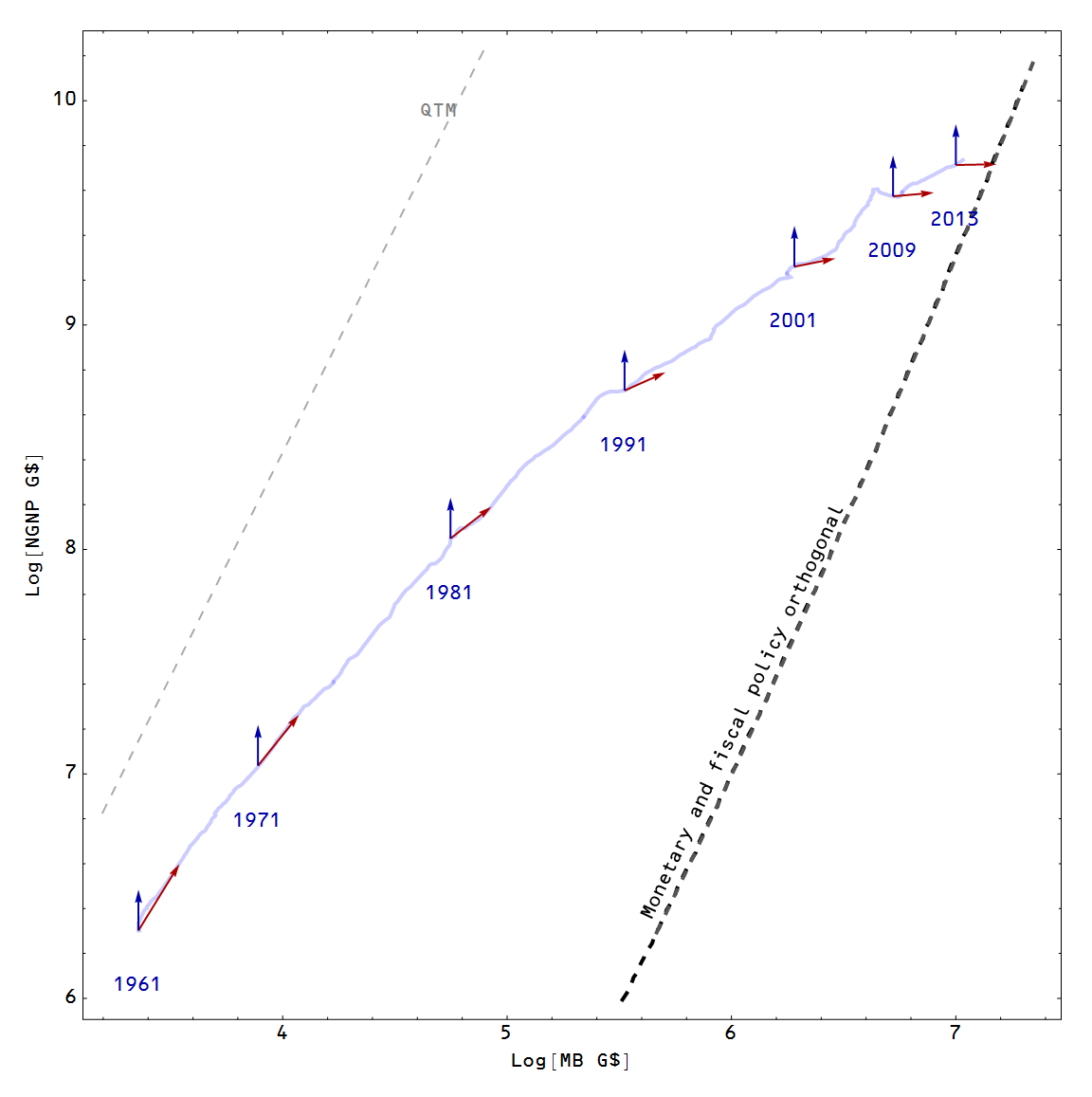 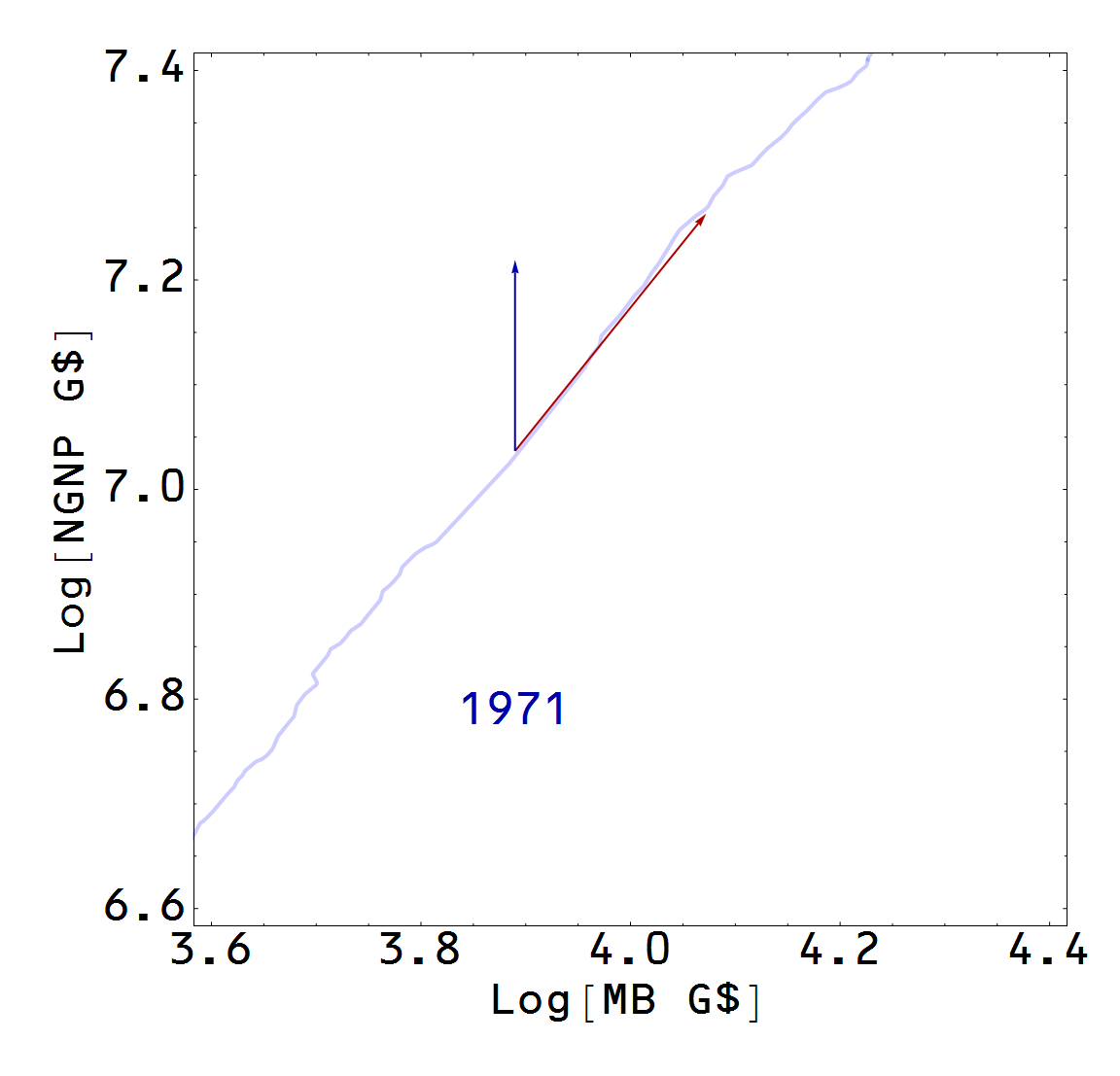 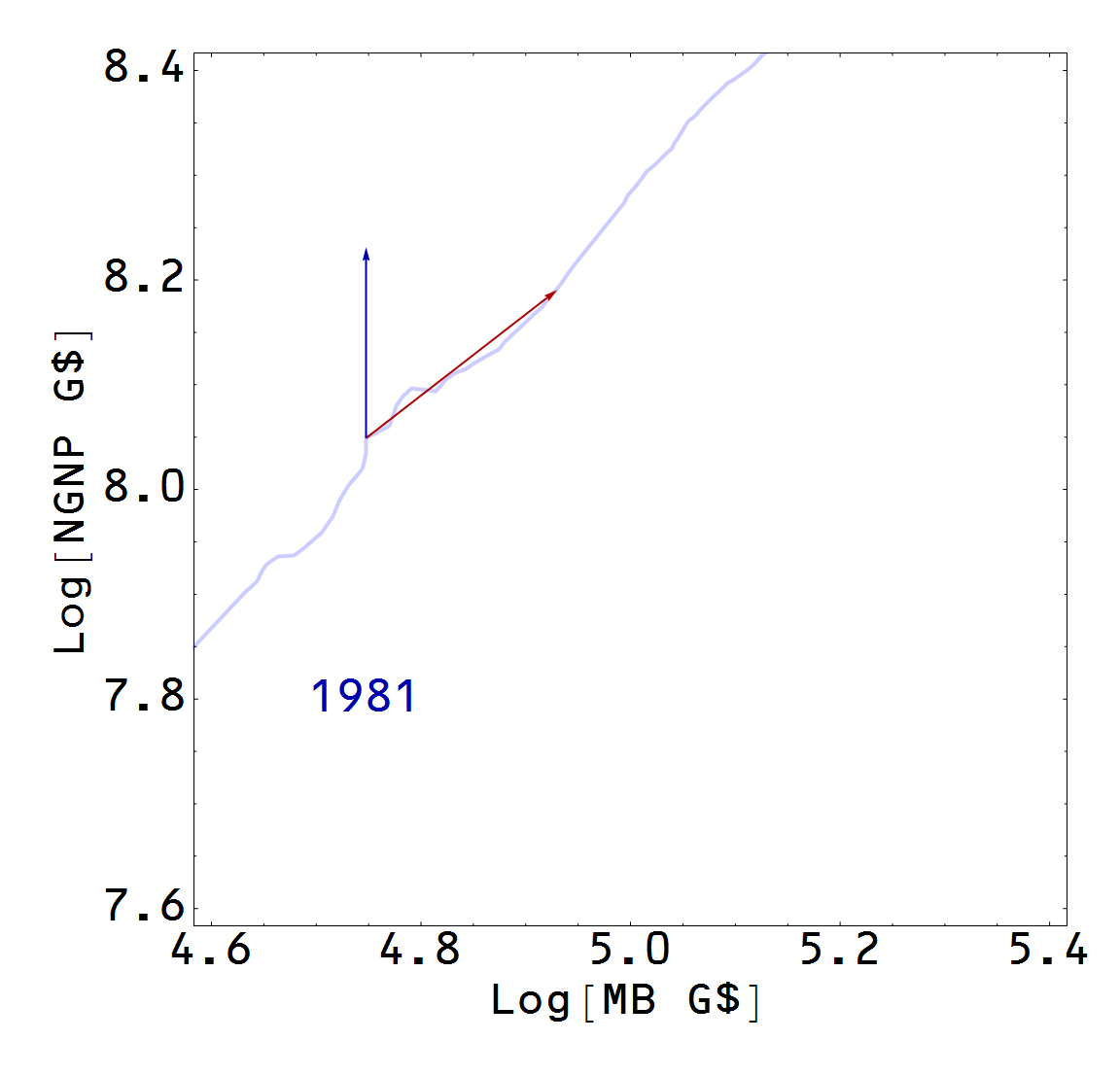 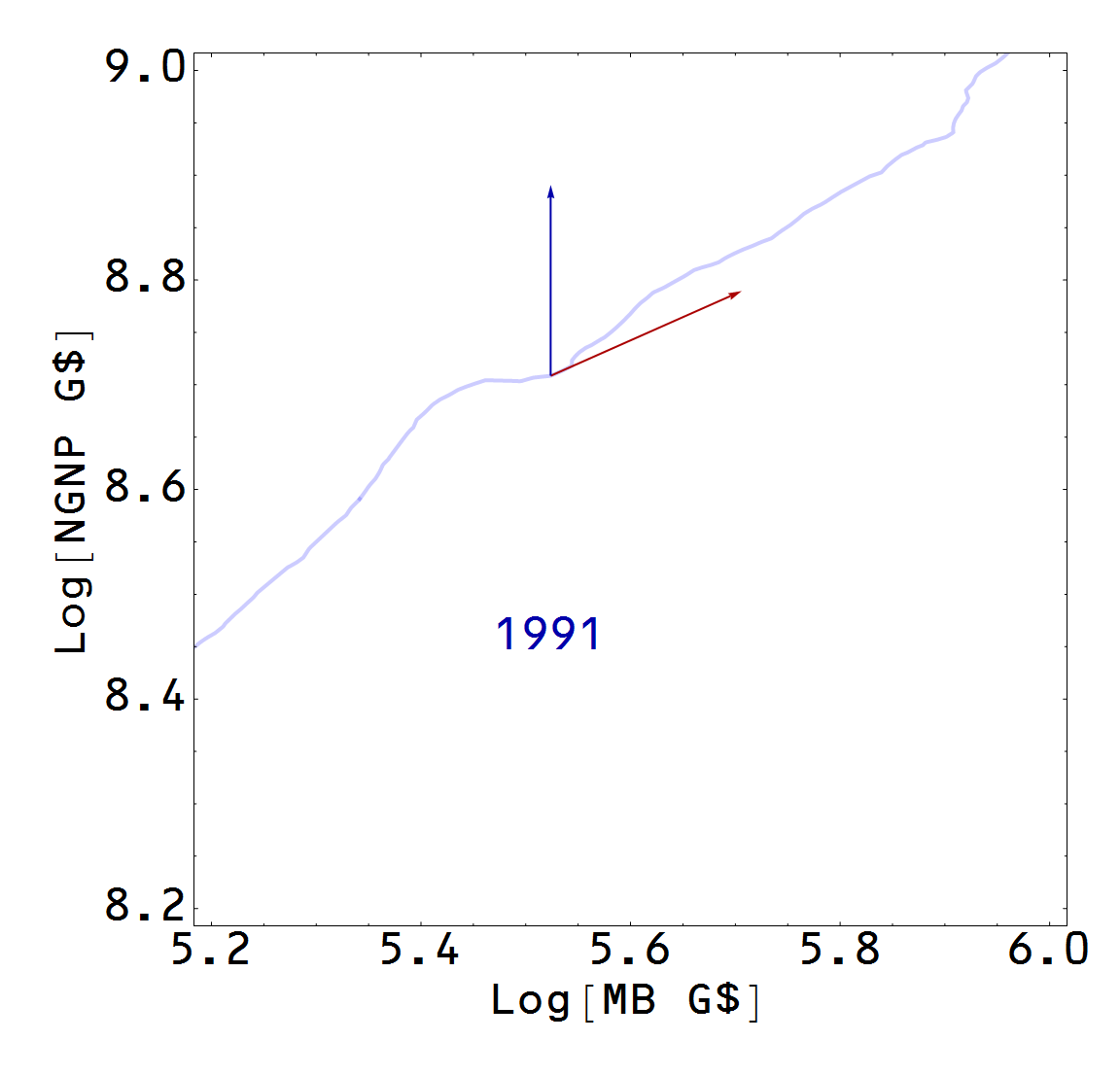 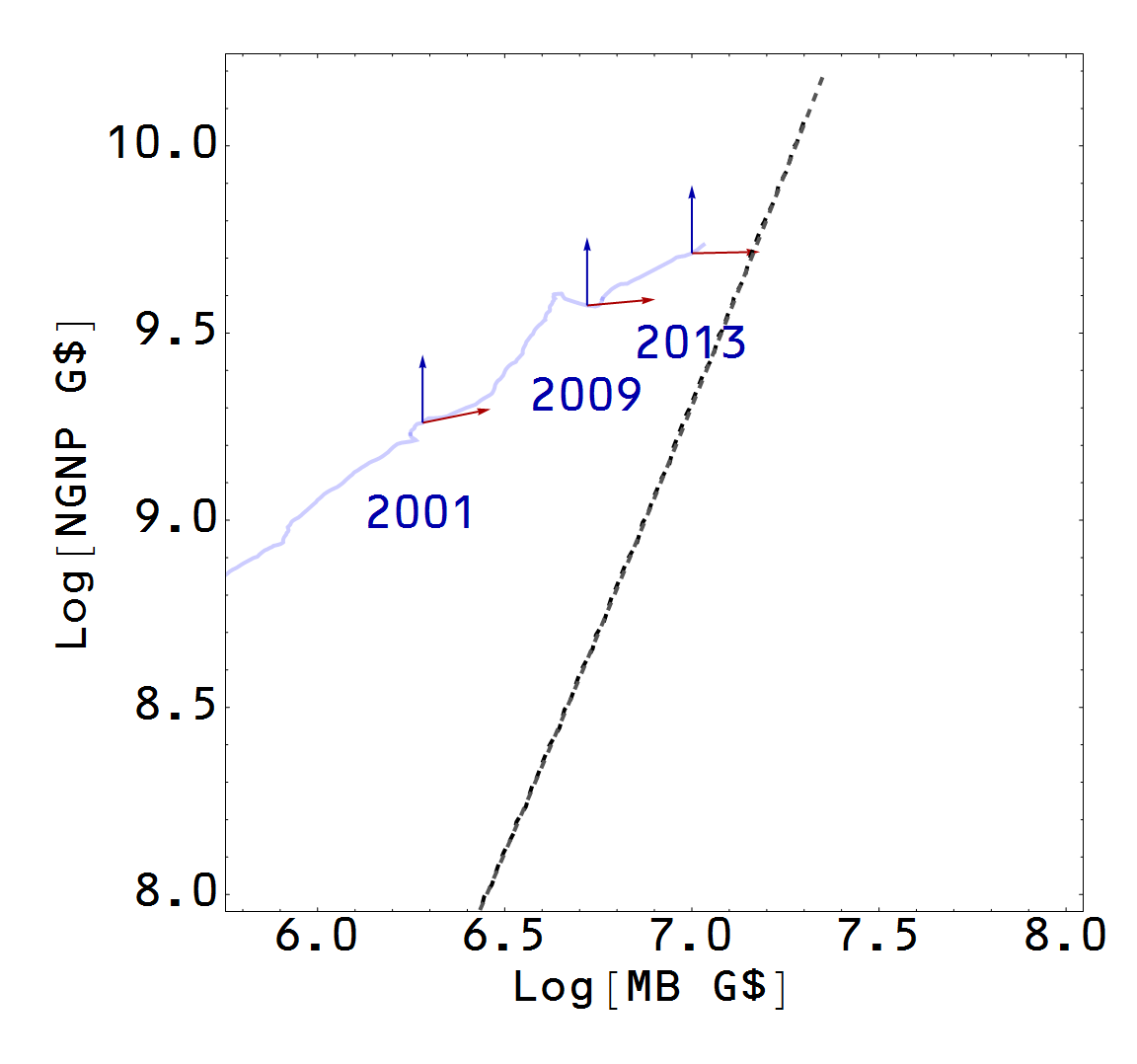 Effectively the economy of the 70s and 80s was purely monetary, while the economy since then has gradually seen the dominance of monetary policy fall off. If we take these red arrows as a measure of where we would expect the economy to be without external NGDP shocks (economic/population growth, fiscal policy, technology development, supply shocks, etc), we can extract those shocks: 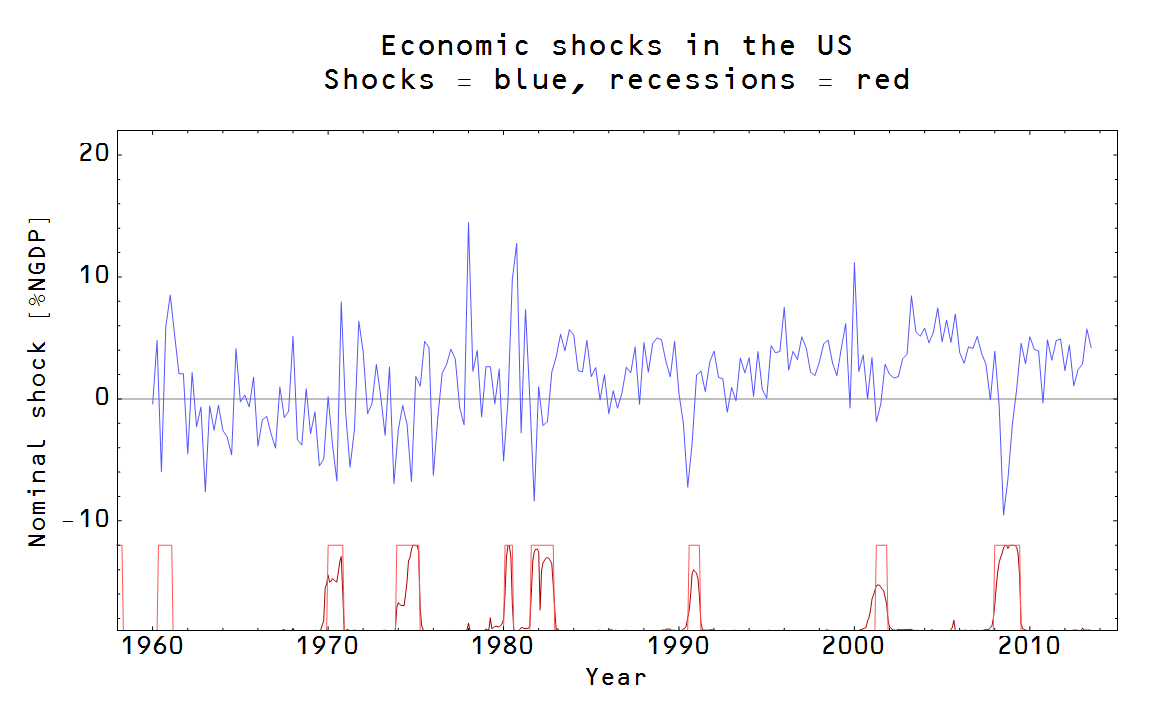 For the most part, these shocks line up with recessions (which is a metric I learned from Noah Smith). The data before the 80s seems a bit noisy, but it is possible to see some hints at negative shocks lining up with the recessions through the noise. One interesting thing to note is that the shock that corresponds to the 1990 recession was approximately the same size as the one that corresponds to the 2008 recession, but the depth of the recessions were completely different. That gives some perspective on the difference between effective and ineffective monetary policy.
Posted by Jason Smith at 5:20 PM