In Part I, we started with an empirical macro observation: the long run neutrality of money. There are many macro relationships that have followed from empirical study like the Phillips curve and Okun's law. But, asked e.g. Lucas, were these relationships consistent with microeconomics?

Lucas suggested based on the Phillips curve changes that previously observed macro relationships could change whenever policy changed [1]. A microfounded theory purportedly avoids this by determining how people respond to changes in policy (hence the reason that the Lucas critique tends to be interpreted as saying you must have microfoundations). That is a potential solution.

There is another way: assume ignorance. That is assume the principle of indifference: given the macrostate information you know  (NGDP, price level, MB, unemployment, etc), assume the system could be in any microstate consistent with that information with equal probability [2]. In Bayesian language, this is the simplest non-informative prior. This way lies statistical mechanics, thermodynamics and information theory.

Equilibrium in thermodynamics represents a state of maximum entropy (ignorance) about initial conditions of the system: all we know are "conserved quantities" i.e. properties of the macrostate. Well, we could know more ... and knowing more would theoretically allow you to extract useful work from that knowledge. Consider Bennett's information powered engine [3]. 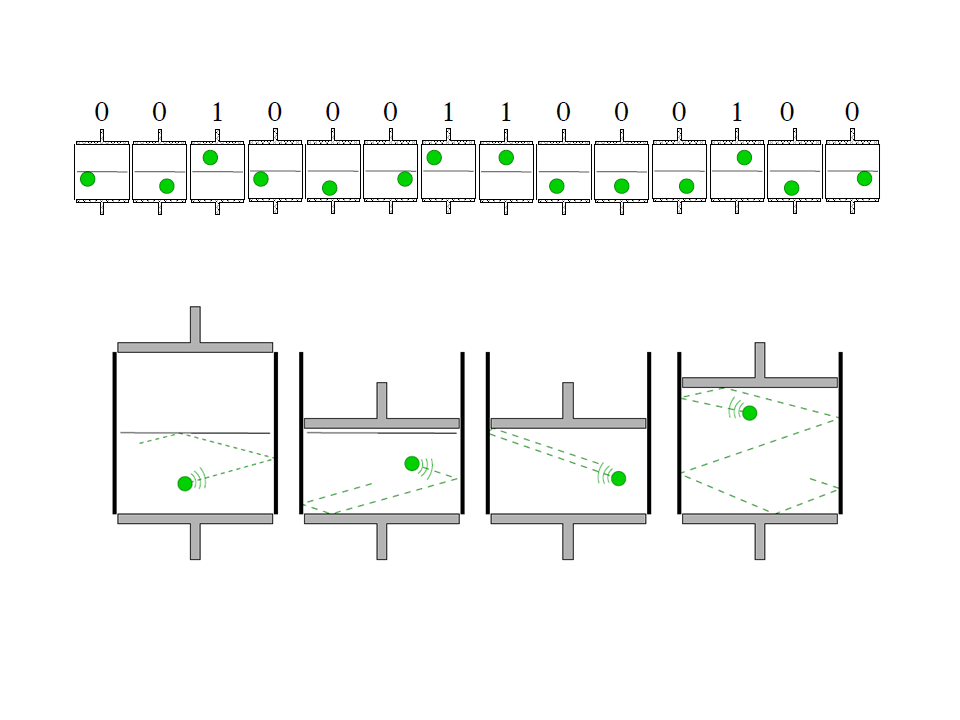 Imagine a tape of double-sided pistons with a separating wall and a single atom (green) on one side (see top of the diagram). One side of the wall is labelled 0 and the other 1. Knowledge of which side the atom is on can be converted into work by performing the compression cycle given in the bottom of the diagram. This work could theoretically be used to power a vehicle (I changed the vehicle from Sethna's [3] train in the picture below): 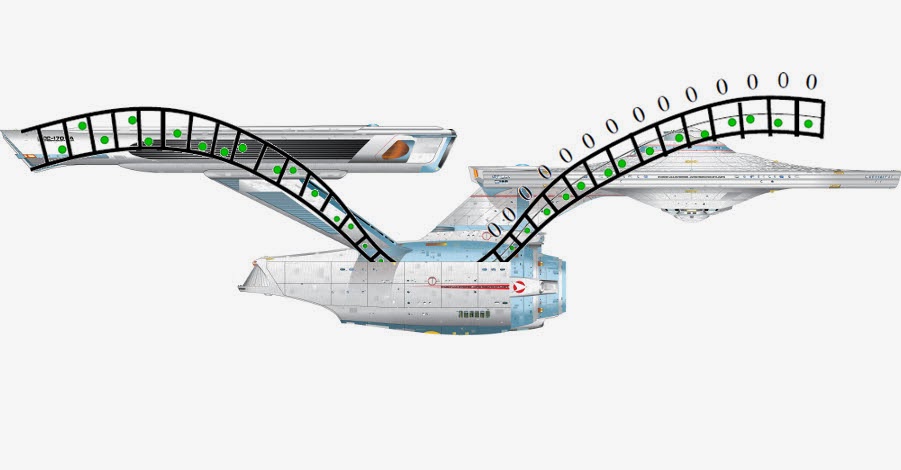 How does an information powered warp drive engine relate to the EMH? Supposedly if you knew the series of price movements, you could beat the market by using that information (which becomes useless after you used it). However, this is about as likely as turning knowledge of all the positions of all the gas molecules in a room into useful work. 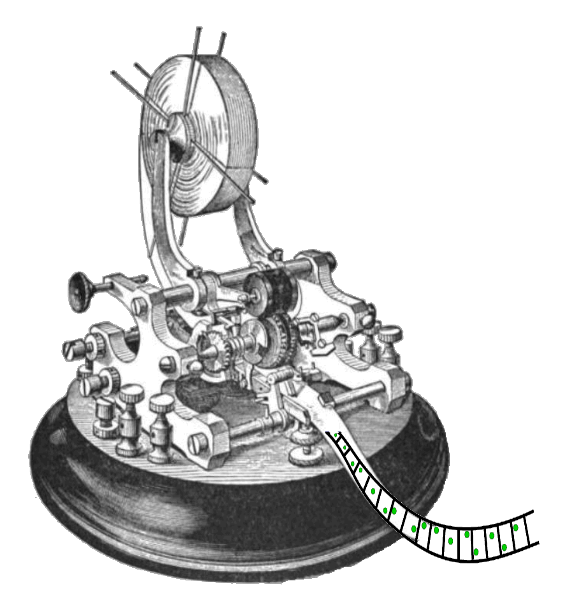 So take the principle of indifference and posit that information flows from the demand to the supply the way the entropy flows through the conversion of high energy photons into low energy photons that is transferred to the environment.

We have the information source (demand) $I_{D} = K_{D} n_{D}$ and information destination (supply) $I_{S} = K_{S} n_{S}$ (here the Hartley information $I = n \log k \equiv K n$ corresponds to the Shannon information when all the states $k$ are equally probable, i.e. indifference). Define an information flow detector (a price) that measures the transfer of information from D to S


Which is the minimal equation we came up with that satisfied homogeneity of degree zero which guarantees the long run neutrality of money in Part I. This derivation is basically a simplified presentation of one of the first posts on this blog [3].

I've used the notation p:D→S as a shorthand for these relationships There are a few of these we've mentioned on the blog (of varying degrees of accuracy):

Unemployment (less accurate than the labor market version, but gives an interesting interpretation of the natural rate of unemployment)

Note that the Phillips curve follows from looking at the price level market and the labor market, and you can see the changes over time (the gradual flattening) is predicted by the theory.

[1] We found a way to predict these changes based on the unemployment market mentioned at the end the post.

[2] Under e.g. different assignments of initial endowments. In this earlier post I discuss the idea from Foley and Smith that economics grew up with special consideration for initial endowments and thus a predilection for studying irreversible processes rather than reversible ones that dominated physics.

[3] Citations: I borrowed the nice pictures from Entropy, Order Parameters, and Complexity by James P. Sethna (2006), which are based on pictures in the Feynman Lectures on Computation (which is based on work by Charles Bennett). Some of the discussion is based on those works as well. The derivation of the equations follows from work by Fielitz and Borchardt who developed the the original information transfer model of physical processes.
Posted by Jason Smith at 7:54 PM