The role of central bank reserves in the economy

After reading Noah Smith's post on Abenomics (approximately) one year out, I thought I'd update the model results for Japan to see if the information transfer model is still doing a fair job when compared with the data. I noticed something in the results that disturbed me, and I realized that maybe the base including reserves was not the right money supply for the price level model P:NGDP→MB. Here are a few graphs of the price level (green) for countries (US, Japan, UK and EU) conducting quantitative easing (QE) and the model calculation (blue): 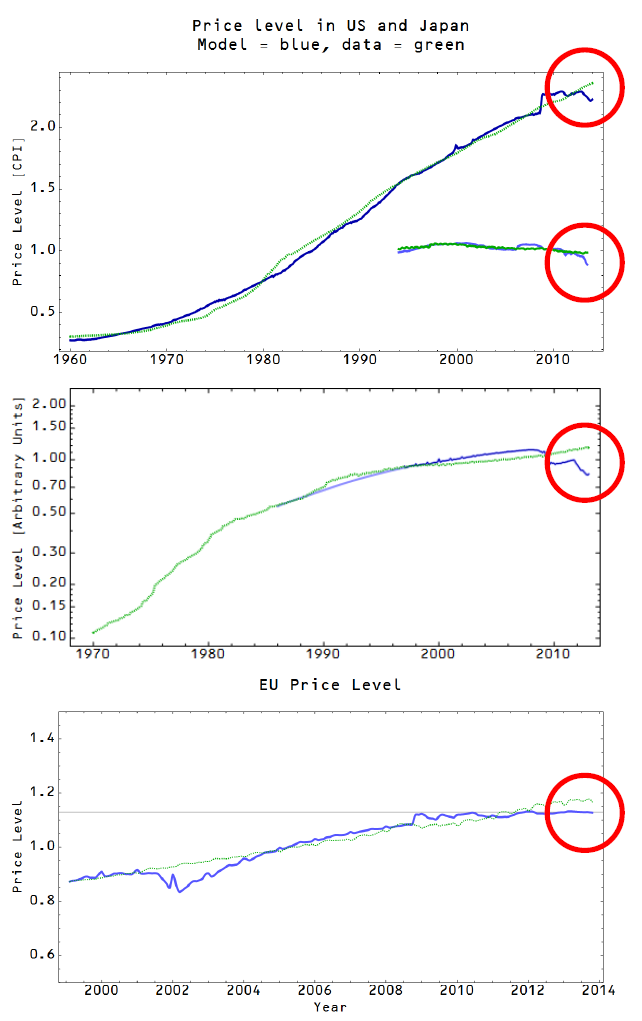 Note the red circles: the information transfer model seems to be overstating the amount of disinflation/deflation that is actually occurring in a rather systematic way. This is what disturbed me and so I decided to look at just the currency component of the base. This appears to do much better with the price level. Here for example are the Japan and the US model calculations using the currency component (sometimes referred to as M0): 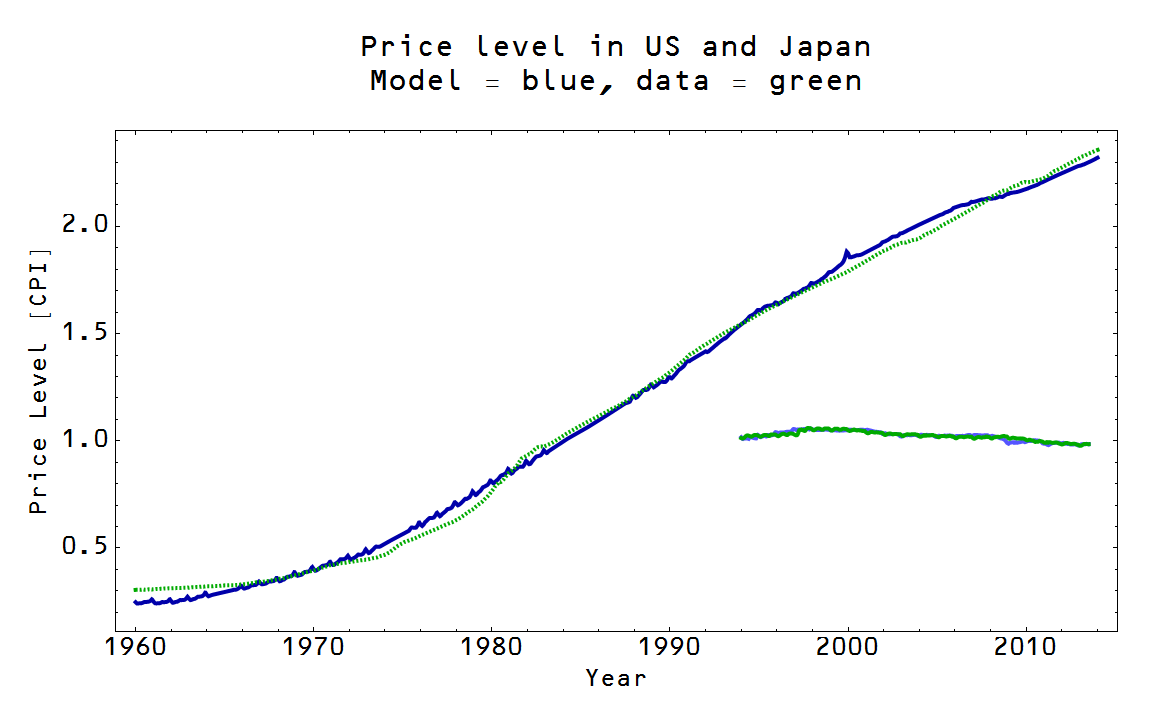 This is pretty strong evidence that the monetary base should only include currency when attempting to model the price level. However! The monetary base including reserves is necessary to describe interest rates. If you use just the currency component of the base, you get a much worse fit for recent years. Here are the model results (blue uses the currency component, red uses currency + reserves and green is the US 3-month interest rate): 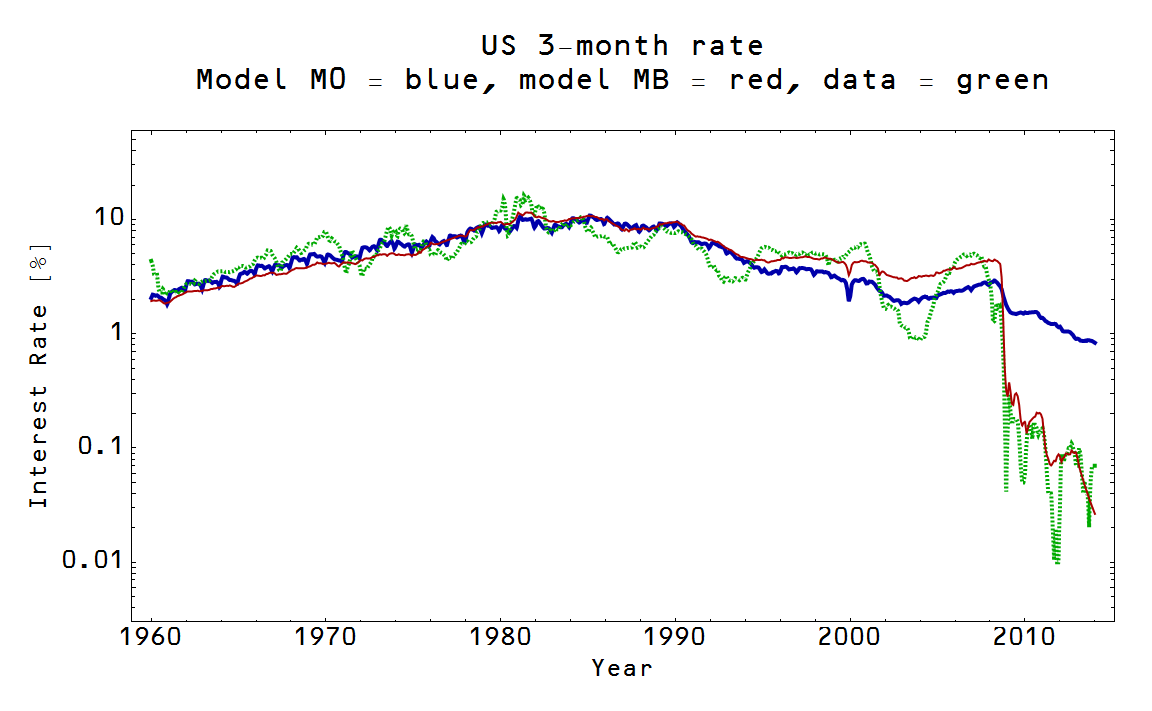 Therefore the appropriate markets are r:NGDP→MB for the interest rate and P:NGDP→M0 for the price level. There are a couple of points I'd like to make:


In honor of my error (discovery) in using the monetary base, let's have some music: