One thing I noticed in the graph I put up the other day is that the CPI less food, energy for Japan seasonally falls when the currency component of the monetary base seasonally rises (monetary base in blue, IT model result in brown and CPI data is a dotted black line): 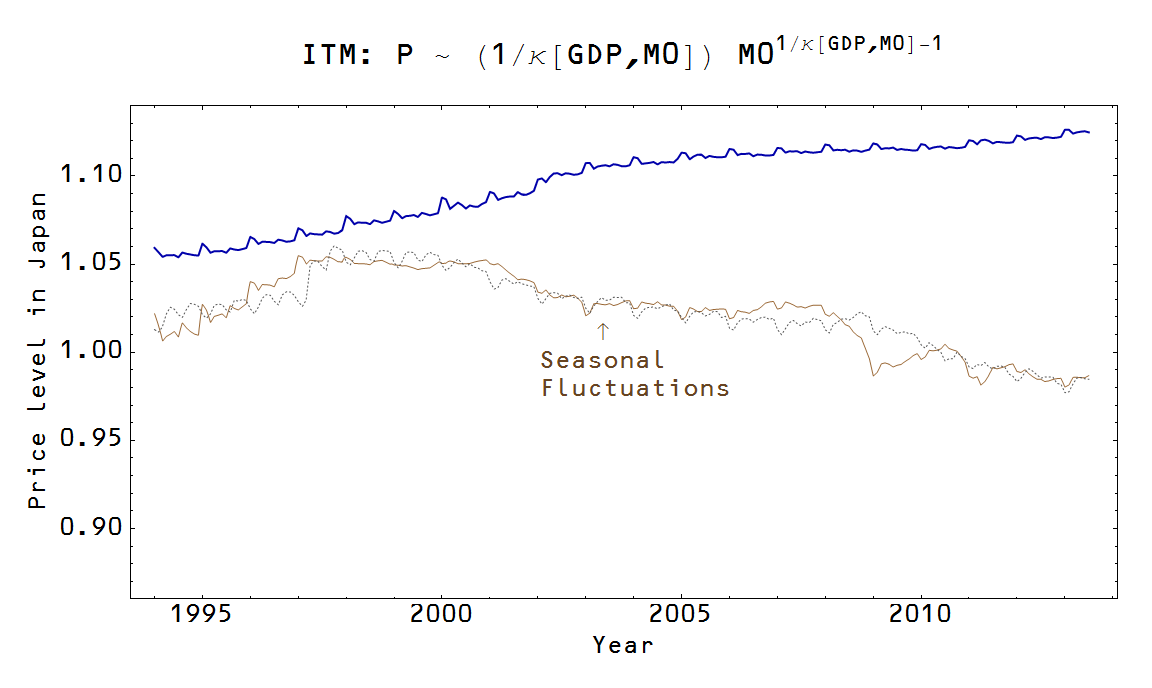 The information transfer model gets this effect about right in order of magnitude and direction. Note that for the US, the effect is in the other direction (i.e. monetary expansion increases the price level, although it's less pronounced).


Same caveats apply as in the linked post: I don't know if this correlation occurs because CPI data is estimated in part based the currency in circulation (or they are both based on some other data set) or because it is a real effect. There could also be some other economic effect going on.

There is still the overall trend deflation happening alongside expansion of the base to contend with.