The Phillips curve in 3D

I wanted to combine this discussion of the Phillips curve with the estimated path of inflation and the plucking model for unemployment to try and get a handle on what the regularity is that the Phillips curve is showing. Here is a plot of the estimated inflation rate (second link above) vs the "plucking bound" (a sort of lower bound, the third link above) on the unemployment rate (dark blue line): 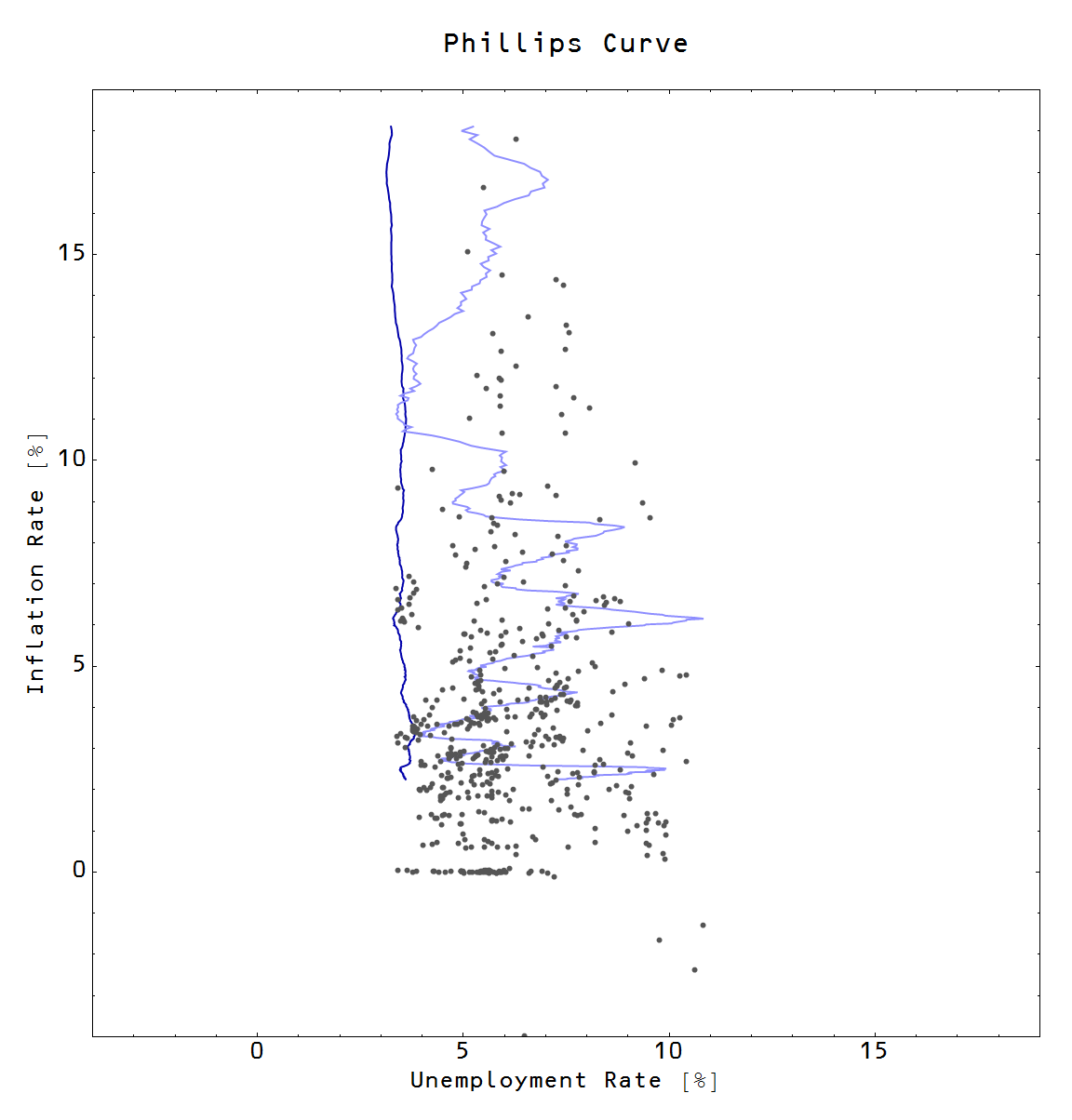 The light blue line shows the estimated inflation rate vs the actual unemployment rate, and the points show the actual inflation rate vs the unemployment rate. One thing that isn't immediately clear in this graph is the dark blue line represents a falling inflation rate over time, hence the squeezing down of the Phillips curves toward the bottom of this graph over time (see the graph here for example). On thing that confounds this is that the 1960s represented unusually low inflation (at least compared to the estimate), so those points appear near the bottom of the graph alongside points from the 1990s and 2000s. Additionally, the supply shocks of the 1970s push the points up to the top of the graph. Basically the data is a confused mess in this representation, so I decided to plot the points in 3D: 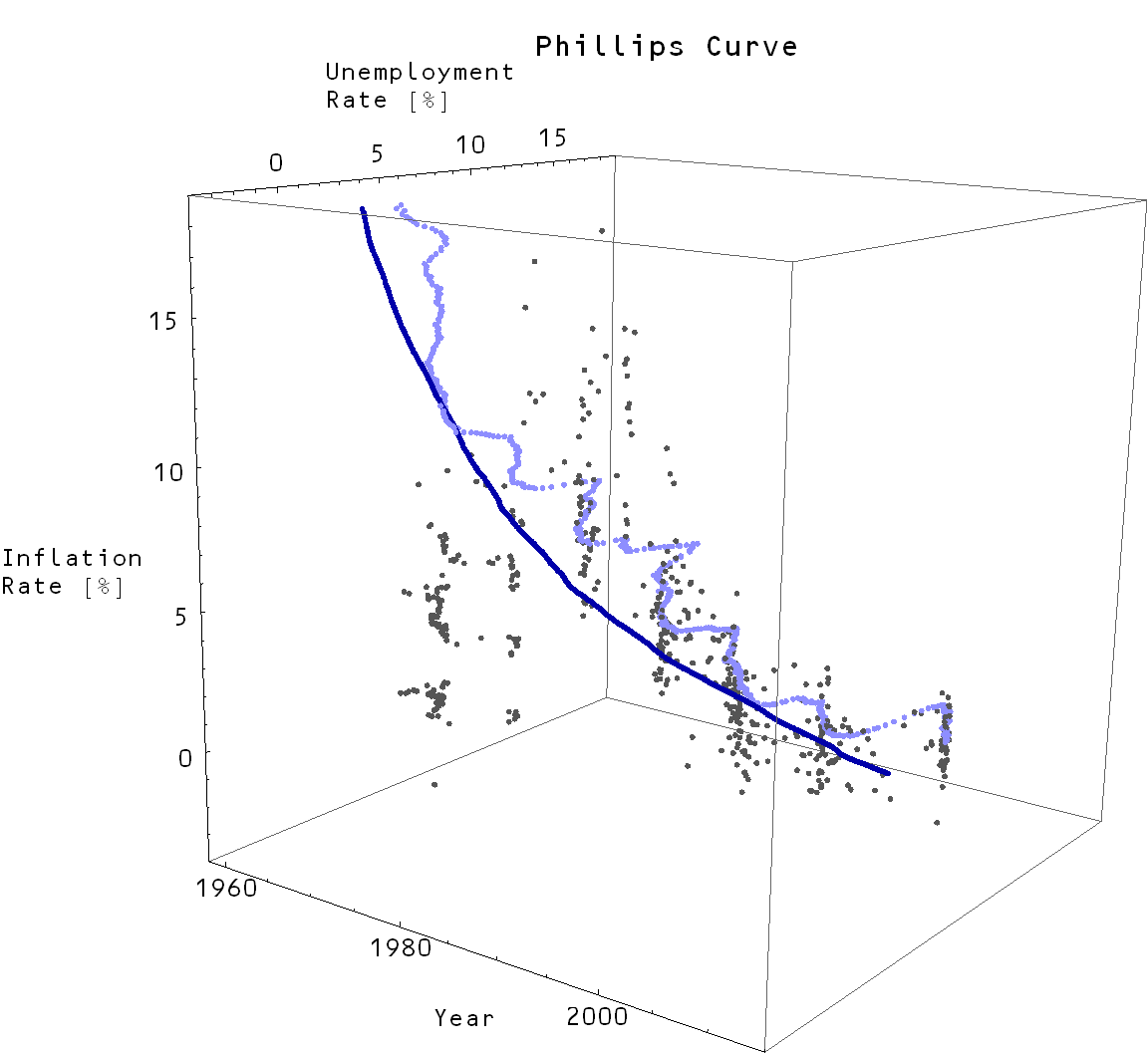 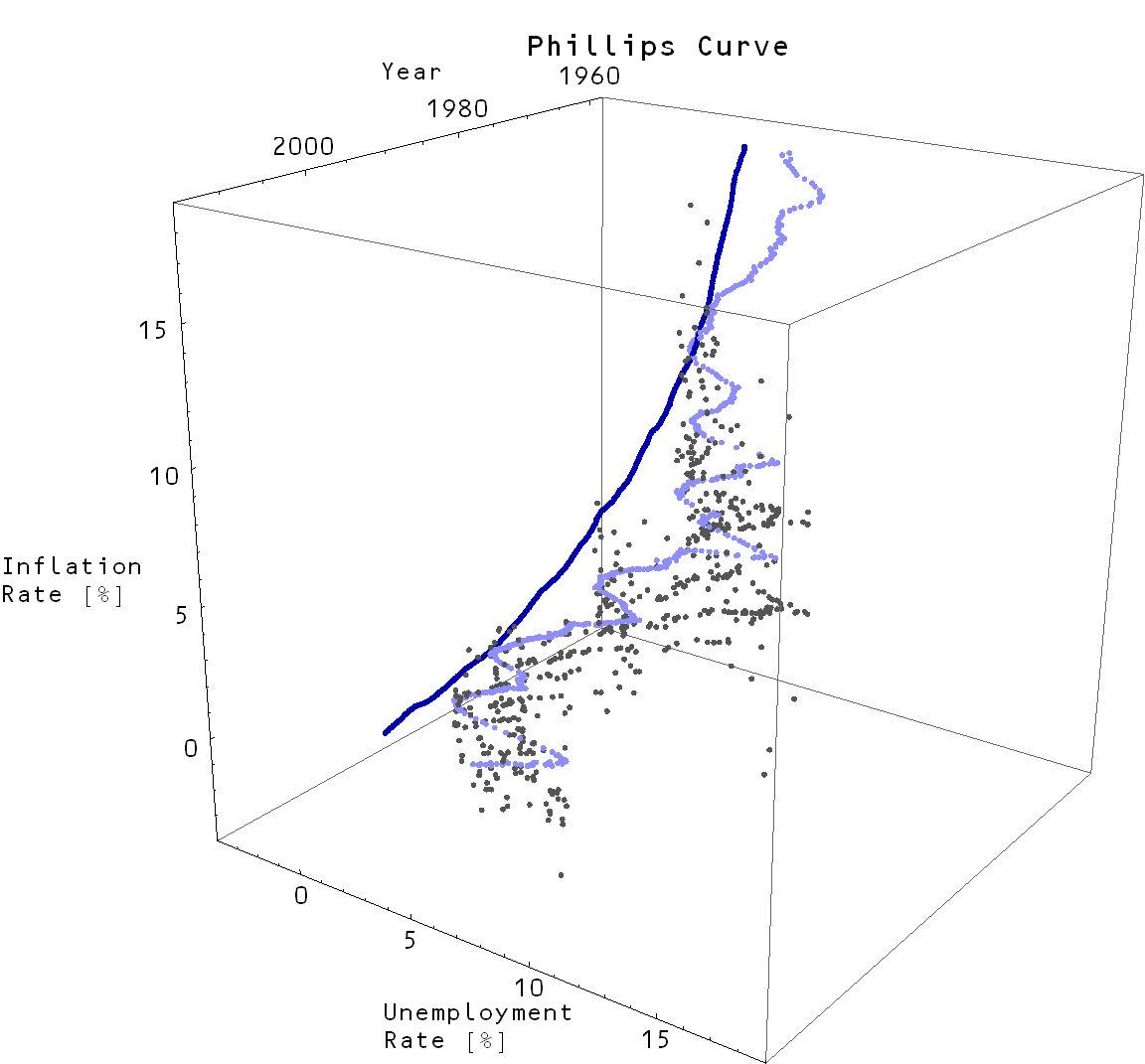 This still doesn't quite allow you to easily see the trade-off between inflation and unemployment. I'll probably stick with my conclusion that the Phillips curve is basically mean reversion (no unit root) coupled with the fact that unemployment rises quickly, but falls slowly (so most data is post-recession). This results in most of the data consisting of post-recession mean reversion where inflation is returning to normal (increasing) and unemployment returning to normal (slowly falling).
Posted by Jason Smith at 4:36 PM