First, I must say that Matthew Yglesias's description of "technology" models total factor productivity (TFP) as phlogiston economics is, in a word, choice. He mentioned it today as well as at his previous blogging job (Noah Smith responded to it back then, too). There's a bonus in that it is tied to "The Great Stagnation" as defined by Tyler Cowen (see for example this David Beckworth piece).

I am going to put forward a model of TFP (using data from John Fernald at the SF Fed along with FRED data) and then I'm going to use that model to identify what TFP actually is.

Going back to this post where I extracted "nominal shocks" (i.e. what change in NGDP is left over after accounting for a change in the monetary base), we can turn that question around and see how much of NGDP growth is due to monetary expansion. I've plotted NGDP growth in blue and the monetary component of it as a dashed blue line: 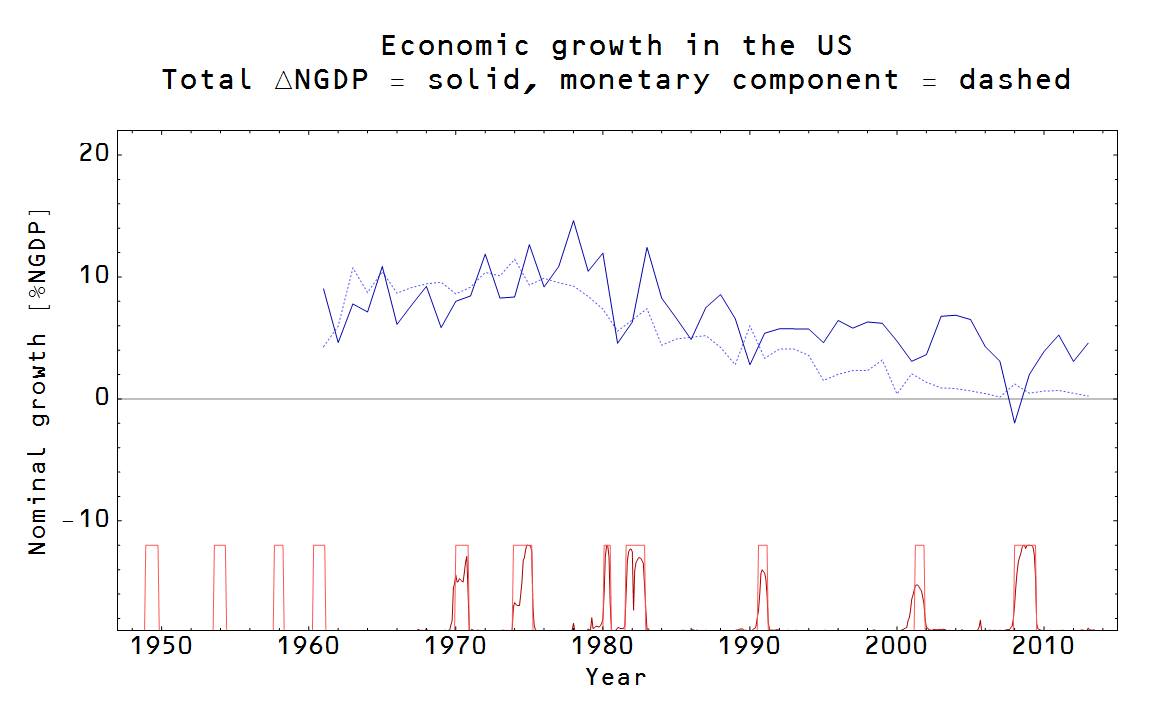 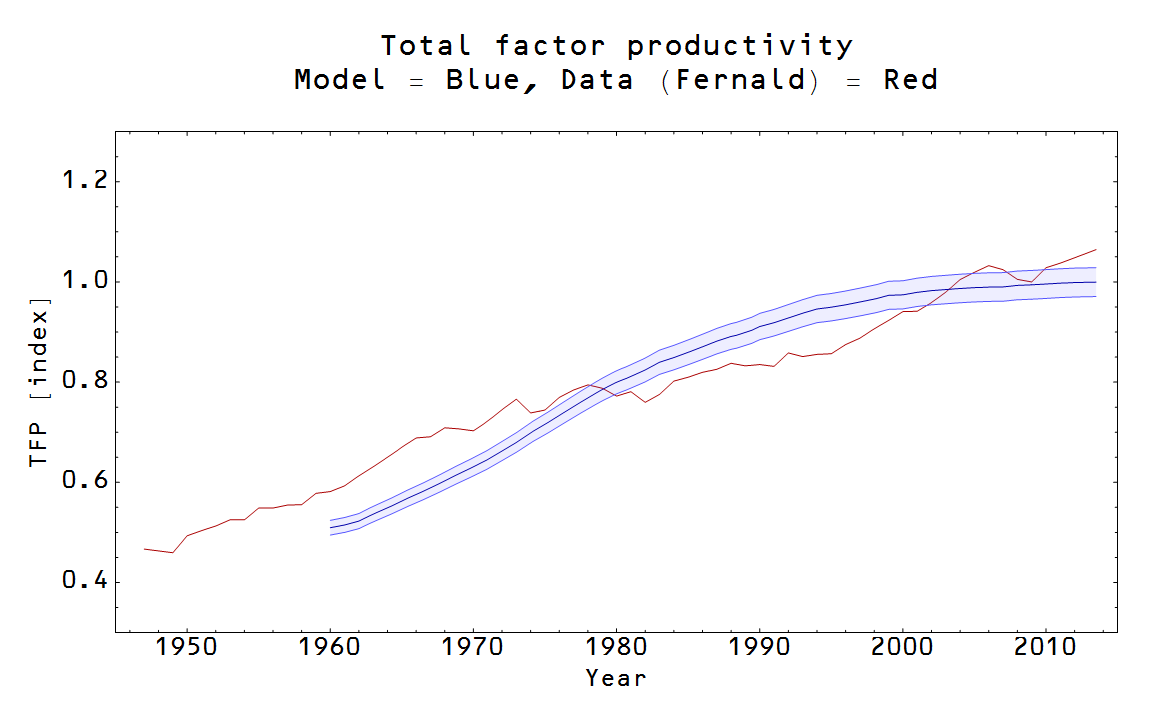 The model (blue) lines up pretty well with total factor productivity (red). In fact, we see "the great stagnation" as a gradual flattening of the blue curve.

So, according to this model, what is total factor productivity? Well, it increases when monetary expansion produces NGDP growth that exceeds inflation. It is real (not nominal) economic growth that is "unlocked" by adding money (medium of exchange) to an economy. There was information in the aggregate demand (and therefore output) that wasn't being captured by the market because there wasn't enough money in it. Money allows information to flow. I once referred to this as the low hanging fruit of a growing economy.

This low hanging fruit runs out eventually (adding money doesn't allow a lot more information to flow -- this is because money is also a unit of account, so printing dollars means each new dollar is worth less). What you are left with is due to basic things like population growth. This is "the great stagnation".

Technically, the fall in TFP growth is just another manifestation of a larger information transfer index and has to do with the changing relationship between money as a unit of account and as a medium of exchange.