In the last post I found an error (made a discovery?) about which monetary aggregate to use when modelling the price level and said I would update several results from the past blog posts. I thought I would first update this post on expected RGDP growth using currency in circulation instead of the adjusted monetary base including reserves. First the price level fit from the last post gives a much better account of inflation (model is blue, data is green): 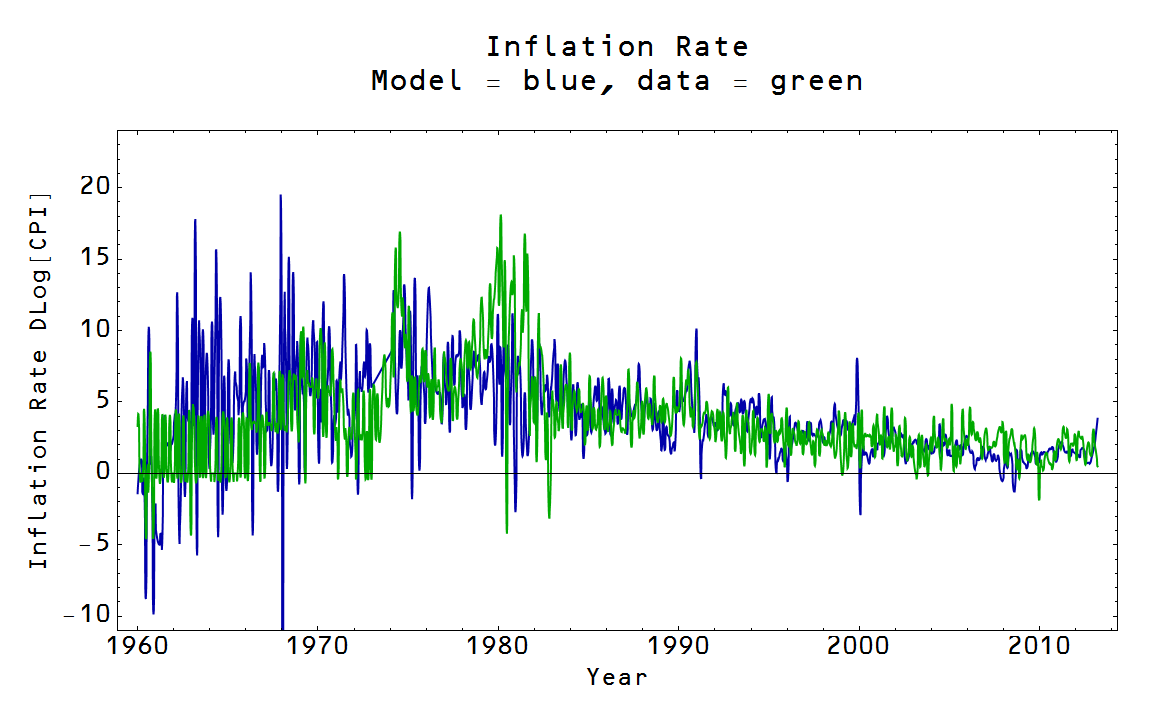 Next, the post on expected RGDP posited a counterfactual straight-line path S(y) in (MB, NGDP) space, where now the base includes only currency, and used that path to derive several results. Here is the RGDP growth path graph: 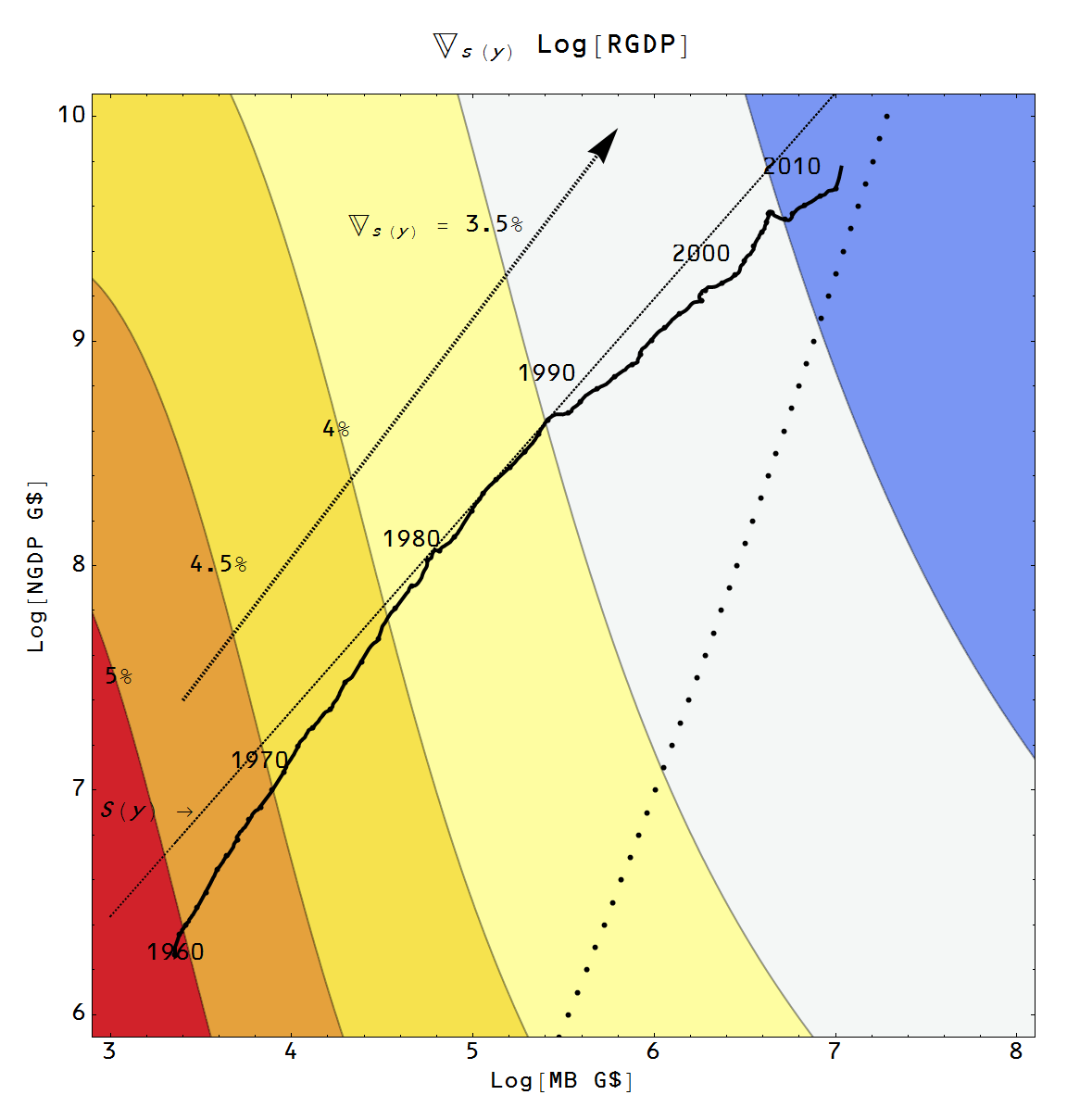 One thing to note is that the US is only near the "information trap" line now (the condition where ∂P/∂MB = 0 that is roughly equivalent to a liquidity trap). The path results in a slowly falling expected RGDP growth (black line) in the post-war period (again, model results are blue, RGDP growth data is green): 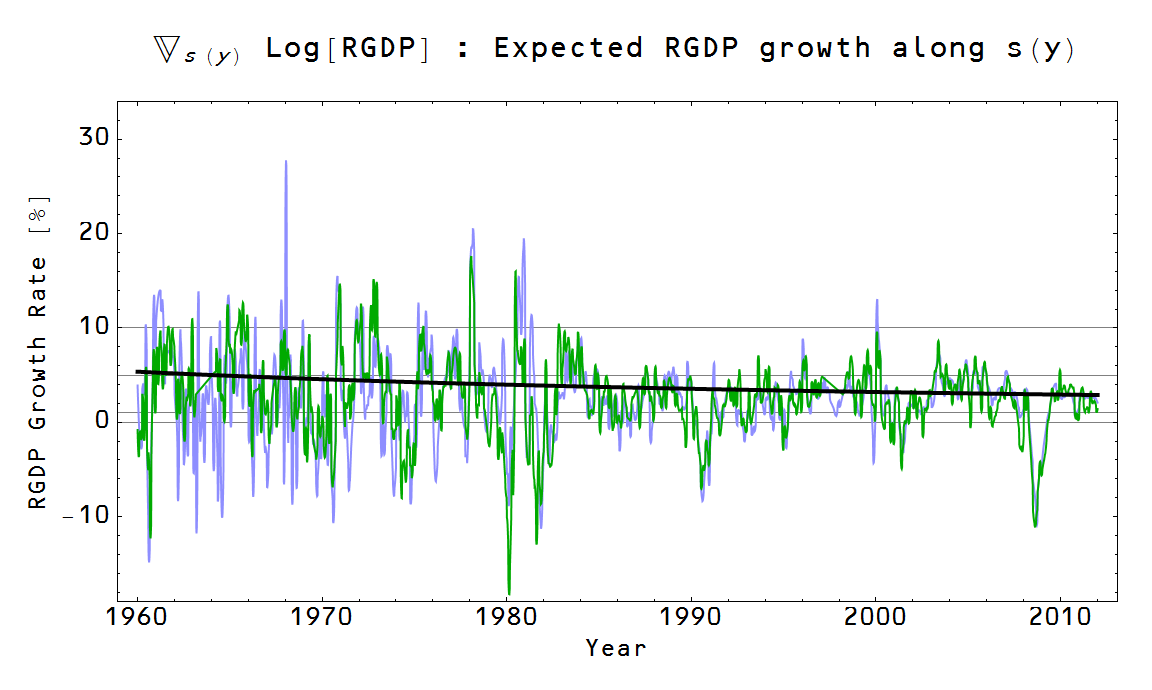 There are no drastic changes to the conclusions; most dealt with long term trends. The base reserve component would only matter after 2008 since it was a small (proportional) piece of the adjusted monetary base.
Posted by Jason Smith at 8:51 PM