What is and isn't economics? 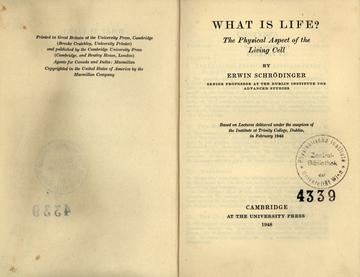 It's probably hubris for a physicist to say what is or isn't economics, but I'll have a go anyway. My last post was about how it appears that technology and government don't have first order effects on the macroeconomy. In response, Commenter Jamie said something very interesting:

That suggests to me that there is a serious mismatch between interesting economic questions and current macroeconomic techniques.

Here is part of my reply:

Indulge me in a paraphrase:

"That suggests to me that there is a serious mismatch between interesting scientific questions (species adaptation, life in the universe) and current physics techniques."

At one time, some physicists did have some contributions to biology (e.g. Schrodinger's What is Life?), but really since the beginning physics techniques were never matched up with scientific questions from biology. Hence they are different fields.

In my view, the subjective impact of technology on our lives is the domain of sociology anthropology, and history. It's economic impact can vary from nil to huge.

Another analogy: in some cases, the biosphere has limited impact on our understanding of geology (volcanism, plate tectonics); in others it is huge (carbon and water cycles, oxygenated atmosphere). But in general, you shouldn't start to try to answer a geological question with biology. Start with plate tectonics, glaciation and sea level changes.

Sure, it is possible that the biosphere can cause things to happen that lead to those glaciation events or global warming (I wouldn't even discount the hypothesis that biological processes could help lubricate plate tectonics). And biology may be critical to the coefficients in those effective geological processes (biology determines the composition of the atmosphere, for example). You could say: it's all atoms, so atoms have to be important. But that importance shows up as e.g. the triple point temperature of water ... once you have that (even empirically) you don't need quantum chemistry to understand geology. You don't need to know the specific ecological niche of coccolithophores (or other biological details) to understand the cliffs of Dover; you just need three: that they live in the water, their abundance and that they have shells of calcium carbonate.

One thing to keep in mind is this: If social and psychological effects (properties of agents) are integral, then we should probably give up on economics because it becomes a multi-million dimensional agent problem and therefore intractable. If you think there is a real thing called "the macroeconomy", "the market" or "social welfare" (or "representative agents" or "inequality"), then you're already headed down the path of dimensional reduction -- and it becomes only a question of how far. The macroeconomy can't simultaneously be a complex nonlinear system critically dependent on its constituent agents and something with comprehensible aggregate properties.

With that in mind, I thought I'd make a handy list (that might grow, shrink or change) for how the information transfer framework sees the field of economics:
Posted by Jason Smith at 2:10 PM