Caught between the 3-month and 10-year interest rate 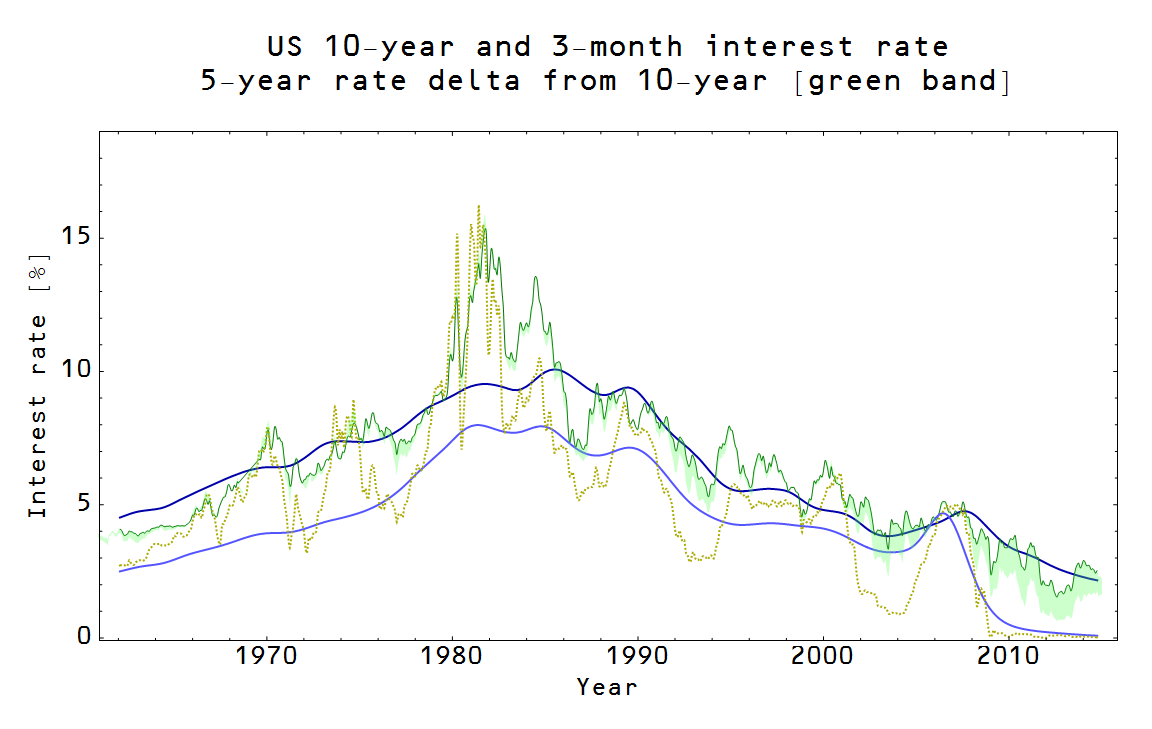 Scott Sumner has a bleg that concerns the 5-year interest rate. I don't have an explicit model for the 5 year rate as the information transfer model only distinguishes a long (taken to be 10 year) and a short (taken to be 3 month) interest rate. However, I'd like to add some observations.

The 5 year interest rate appears to follow the 10 year rate almost exactly most of the time. According to Sumner "the market cannot predict business cycles 5 years out in the future", so it would make sense that a point 5 years out and 10 years out represent the same 'equilibrium', the average neutral state of the economy. See the graph at the top of this post which shows the difference between the 5 year and 10 year rate as a green band (i.e. the 5 year rate curve is the edge of the green band).

There are a few times however where the 5 year rate falls below the 10 year for extended periods. What is interesting is that the information transfer model gives an indicator for these periods: they are where the short term interest rate falls well below the theoretical curve -- periods associated with recessions (or high unemployment). These could be interpreted as a "plucking model" or as information loss. I zoomed in on the locations (in a log scale version of the graph above) 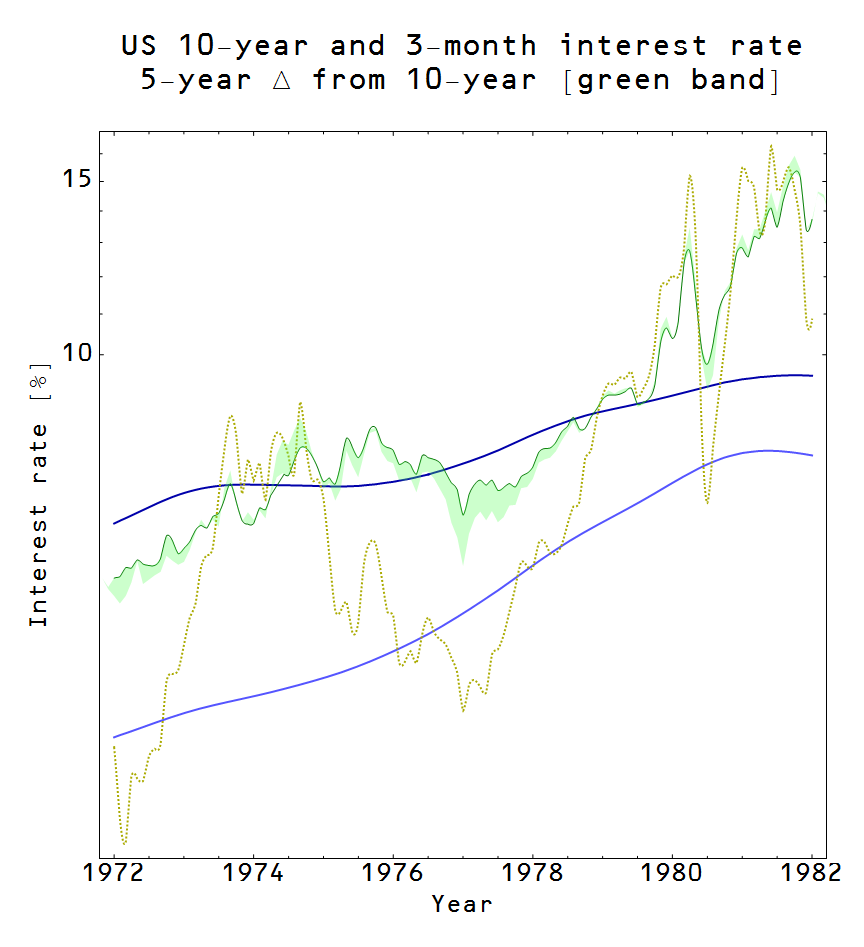 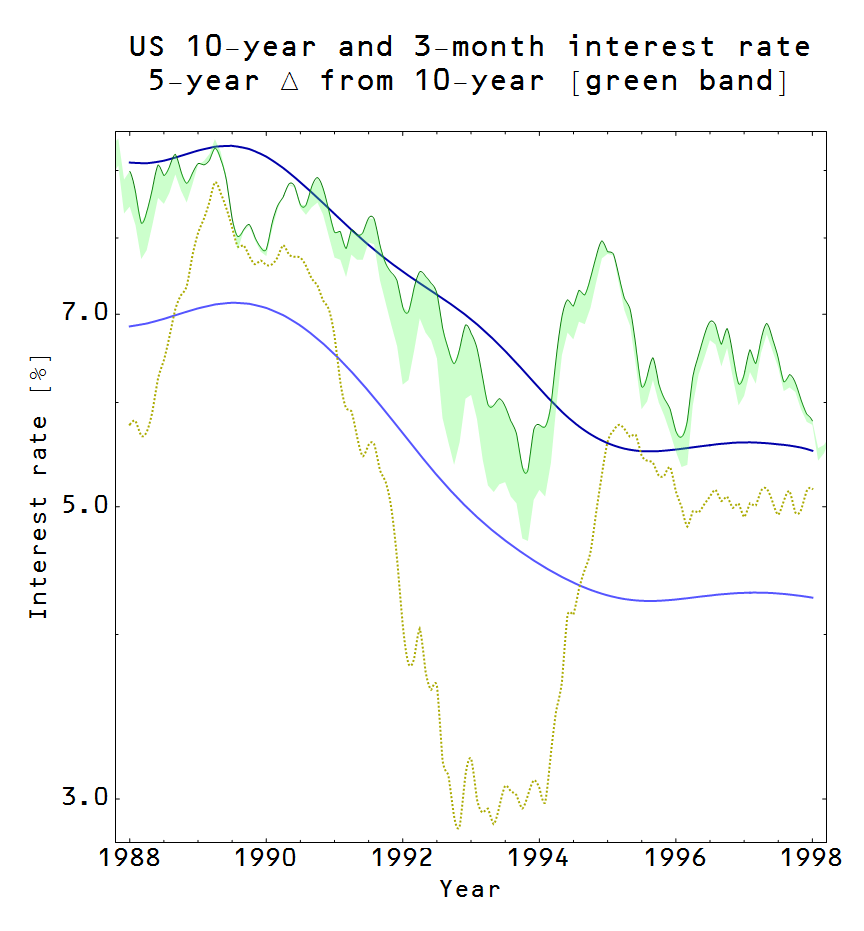 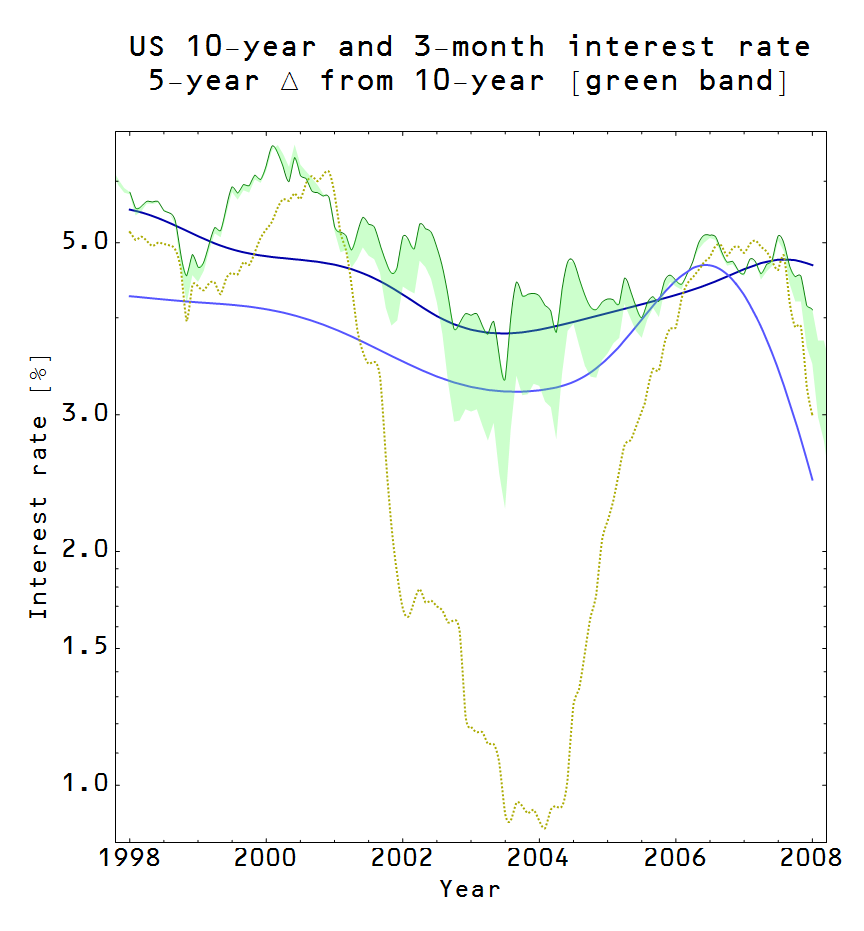 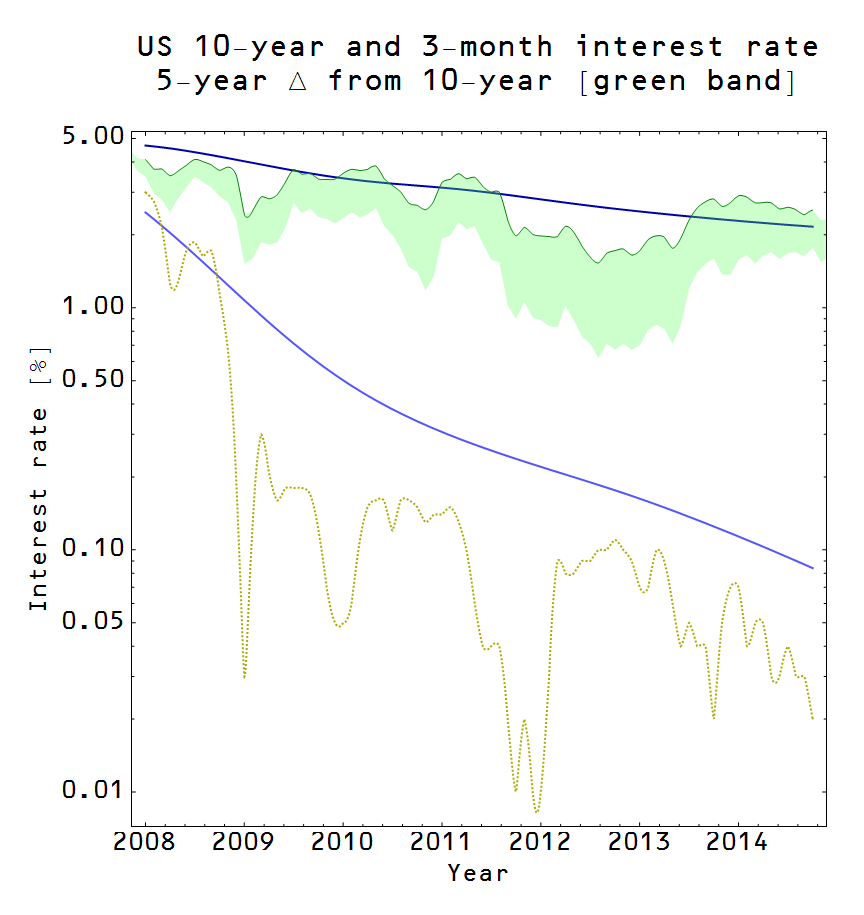 You can see the green band (showing the difference between the 10-year/long rate and the 5-year rate) widens when the beige curve (3-month rate) falls well below the blue (theoretical) curves. In particular, how far the 5-year falls below the 10-year is proportional to how far the 3-month curve falls below the theoretical curve (in logarithm).  Note again, the theoretical curves in blue describe the long term trends and large negative deviations represent non-ideal information transfer with I(D) > I(S) -- or I(future) > I(present) -- (sort of like the traffic model shown here).

The flip side of this is that the short term rate rises above the theoretical curve just before recessions raising the specter of  yield curve inversions which are used as an indicator that a recession is about to happen.

PS Brad Delong refers to "[o]ur current remarkably-low long-term interest rates" -- however, in the information transfer picture monetary expansion doesn't generate inflation and so tends to lower interest rates through the 'liquidity effect'. What we see is expected.
Posted by Jason Smith at 1:43 PM