Krugman writes this in the course of a post about the Swiss National Bank exchange rate peg:

The trouble is that regime change is hard to engineer. FDR did it by taking America off the gold standard, but going off gold isn’t something you get to do very often.

Was the switch away from the gold standard really the monetary regime change that got us out of the liquidity trap conditions of the Great Depression? 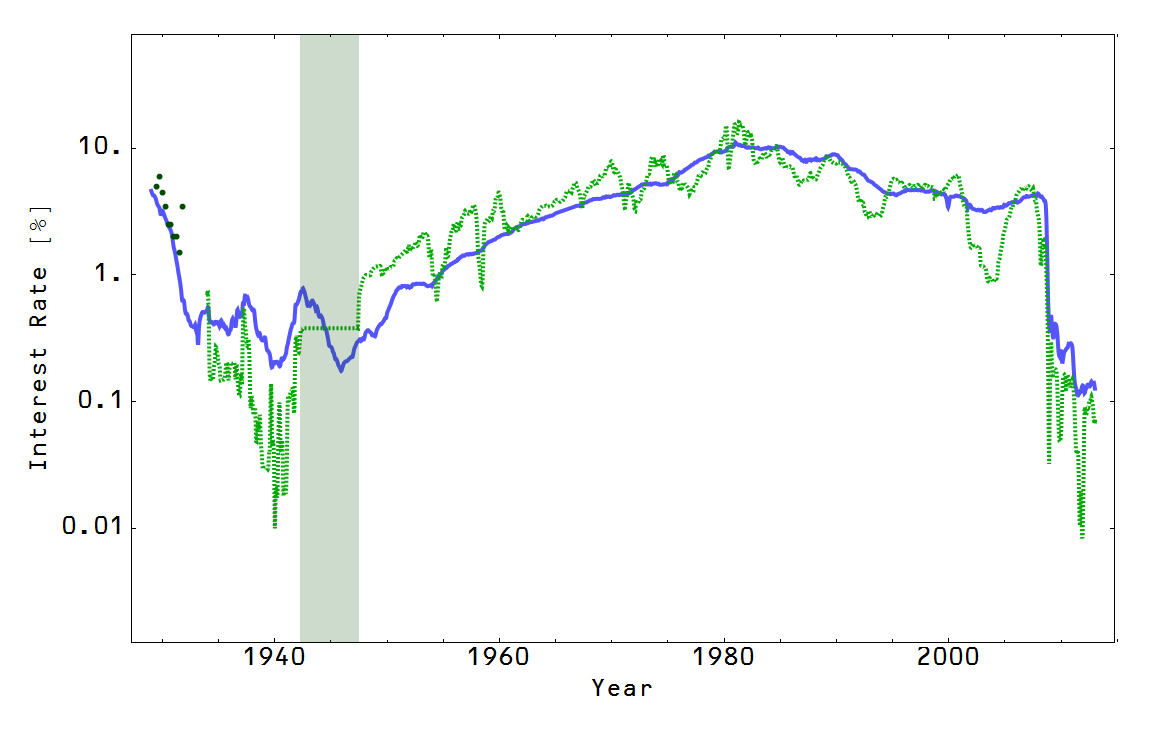 If we look at the three solutions to the information transfer model equations that are required to cover the US price level from the 1920s to the present day, our current solution (blue) doesn't take over until the late 1950s. FDR takes the US off the gold standard in the 1930s, however, the liquidity trap solution (red) continues to be in effect until after 1940. The hyperinflation solution (purple) is in effect from the early 1940s to the 1950s.

If we compare this to the list of historical events, the monetary policy regime change appears to have coincided with the lack of independence of the Federal Reserve in the 1940s ... and is not related to gold at all.


The big events in the gold standard, 1933 [corrected, H/T srin] (FDR leaves gold), 1944 (Bretton-Woods) and 1971 (terminating gold convertibility) all happen in the middle of these solution branches.


This analysis lends itself to the policy conclusion that the BoJ, SNB, ECB and Fed (and anyone else) should abandon central bank independence and adopt an interest rate peg (for long and short rates) to escape the current liquidity trap.
Posted by Jason Smith at 1:00 PM