This comes to the forefront in the information transfer model. If we represent the economy as made up of many random markets (as I discussed here and originally modeled here), we have a picture like this: 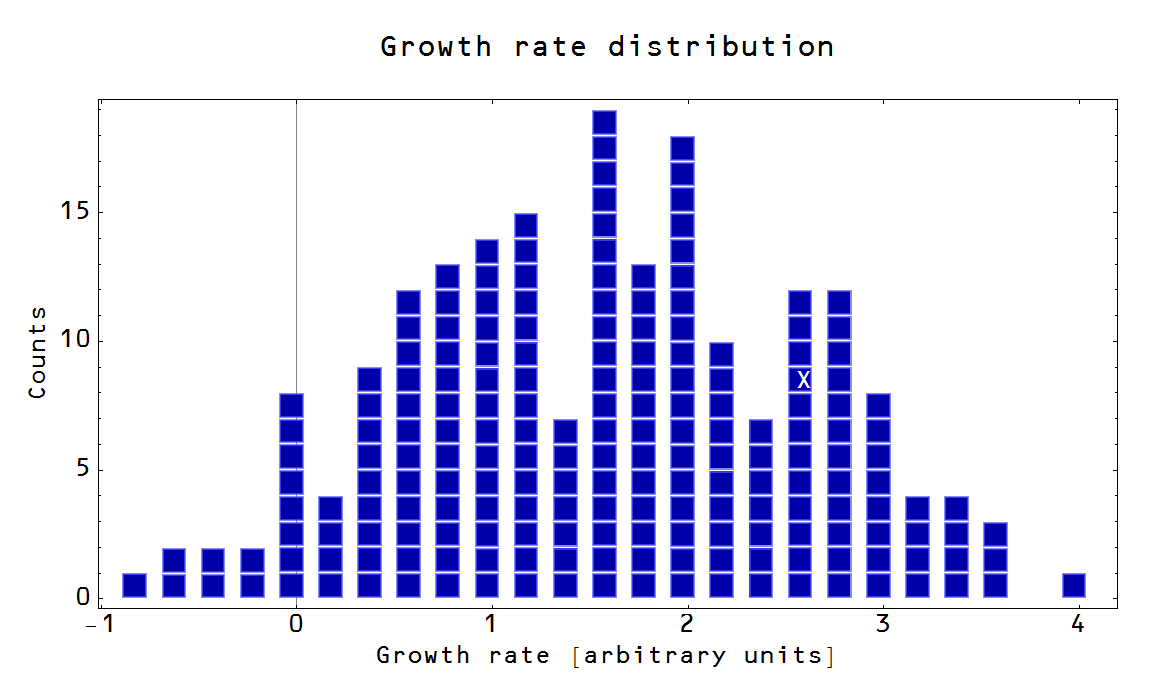 Each square represents an "economic growth state" of a particular firm or market. The distribution is centered around the average growth rate of the macroeconomy. In this picture, the government (G) represents a large one of these squares (about 10-30% of the economy, depending on the country), and most of the time, its growth rate is about the average: 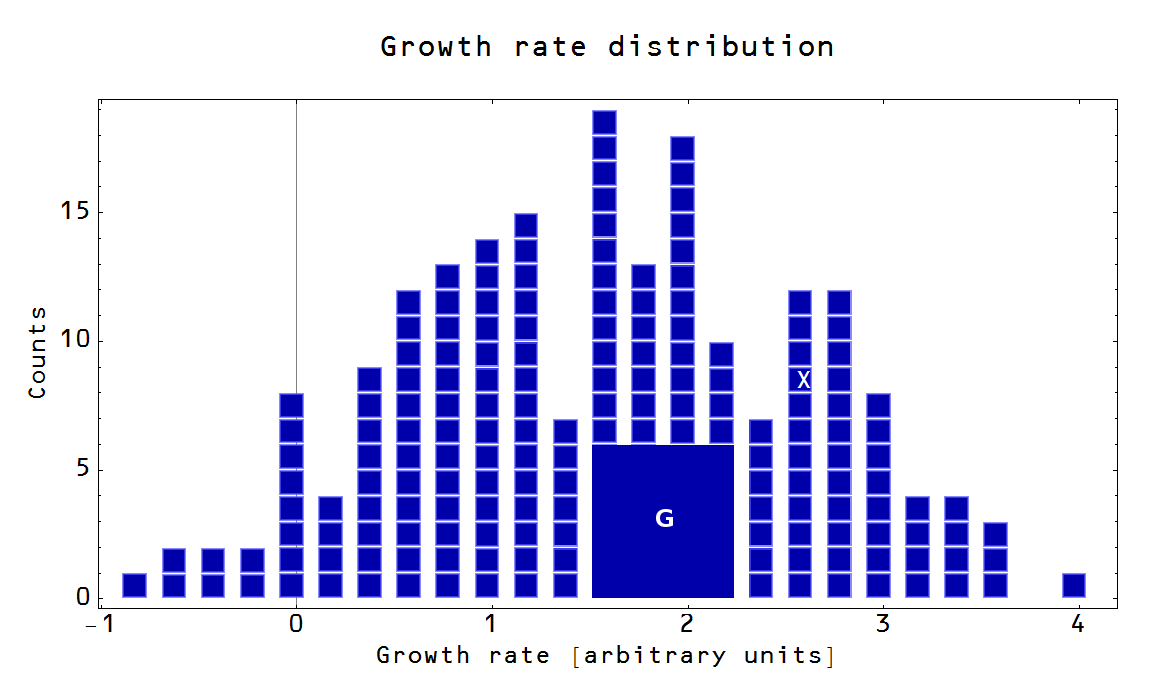 As a single entity (in the simplest model) it isn't subject to the entropic forces maintaining the distribution and so can cause the average growth rate to increase by moving right towards increased growth by political fiat: 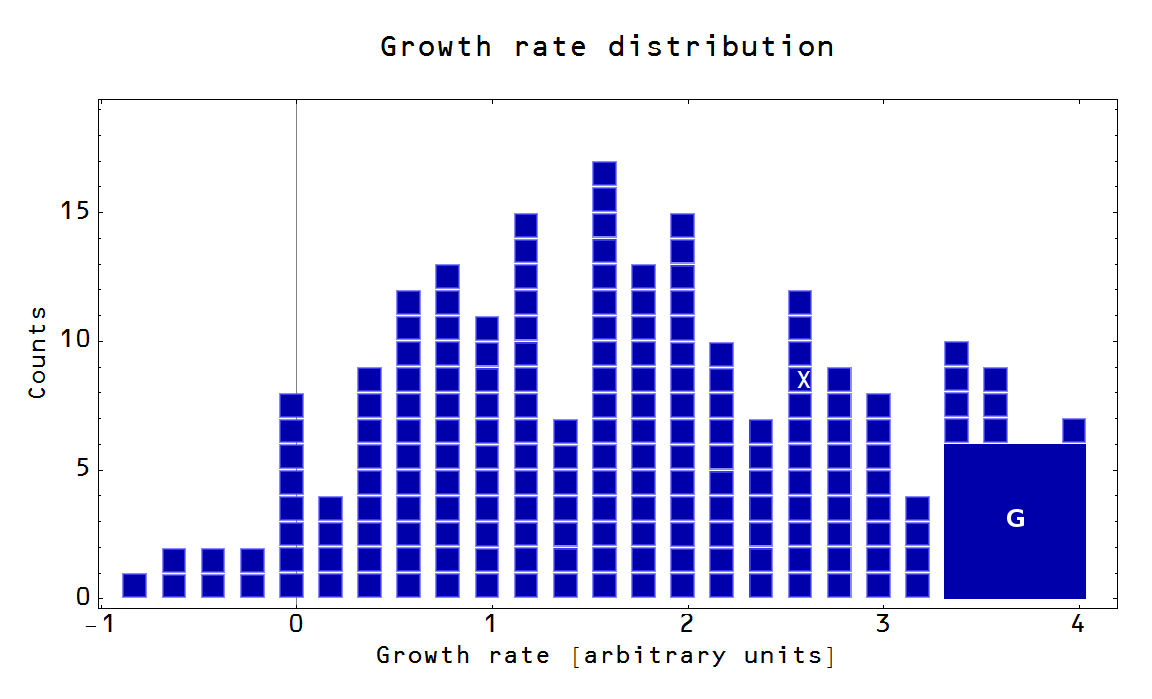 The crowding out argument is that the other boxes will move left toward lower growth. However that represents a coordination problem. The remaining smaller boxes can't organize themselves to over-represent the lower growth rates -- that would require the thermodynamics equivalent of a spontaneous decrease in entropy. Now it could trigger a panic that can produce a spontaneous decrease in entropy, but that seems like a strange model (it is similar to the idea of Ricardian equivalence ... but in this model, it is a psychologically irrational force, not a result of rational expectations of future tax increases).

Also, the idea of the Keynesian multiplier is that not only does G go up, the new distribution moves to restore a maximum entropy (equilibrium) state. However, moving G does move the average even if the other markets don't follow it.

Here's a really great analogy: heating leftovers in the microwave. When your food comes out of the refrigerator, it's about 55 °F and the molecules have an average kinetic energy of kT where T is the temperature (in Kelvin), but are distributed according to a Maxwell-Boltzmann distribution (the analog of the distributions above). When you microwave food, you excite rotational modes of water molecules -- effectively picking them out of the distribution for additional energy (like raising G). The other molecules eventually come into thermal equilibrium with the new average kinetic energy kT' where T' > T.

Ricardian equivalence would be the rather silly argument that the other molecules decide to get colder on seeing the water molecules heat up (out of spite, I guess).
Posted by Jason Smith at 11:29 AM