Simon Wren-Lewis and Scott Sumner (in the PS) are feuding about whether fiscal policy has any impact. The answer is yes. At least in the ITM. (Also, I questioned Sumner's methodology for extracting NGDP growth rates in this post from awhile ago.)

I decided to use Robert Waldmann's method for estimating government austerity/stimulus in the US. He takes total state + local + federal government spending and adds 0.5 times the federal deficit which results in a "paleo-Keynesian" multiplier of  1.5 for federal spending, 1.0 for state + local spending and -0.5 for taxes minus transfers -- a variable he calls 'silly'. I use nominal variables instead of real since that is how the ITM works (I implicitly account for the trend path of inflation in the extraction of the shocks below). It's actually not silly and does a yeoman's job of explaining the sluggish growth (and its recent rise) in the US.

The key difference is that I have the ITM at my disposal and so can not only extract NGDP shocks (most recently described here), but also extract the counterfactual trend in those shocks (from the theoretical path of NGDP I used in my prior post). The net effect of this key difference is that it accounts for the post-crisis "stagnation" (or 'new normal') -- the trend rate of NGDP is slowly decreasing in the ITM for rather general reasons.

So we start with the theoretical path of NGDP (last used here): 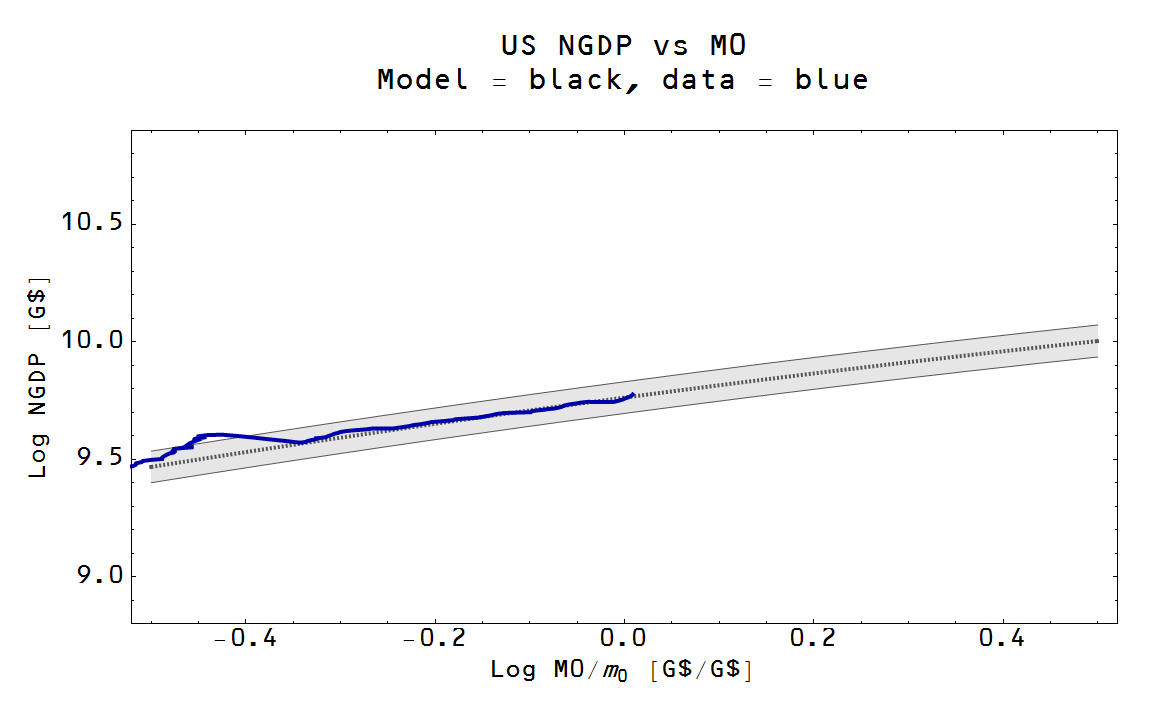 If you'd like to take an agnostic approach, just accept the ITM is one of many models that has stagnating NGDP growth. Here are the calculated shocks along with the expected shocks based on the NGDP-M0 path: 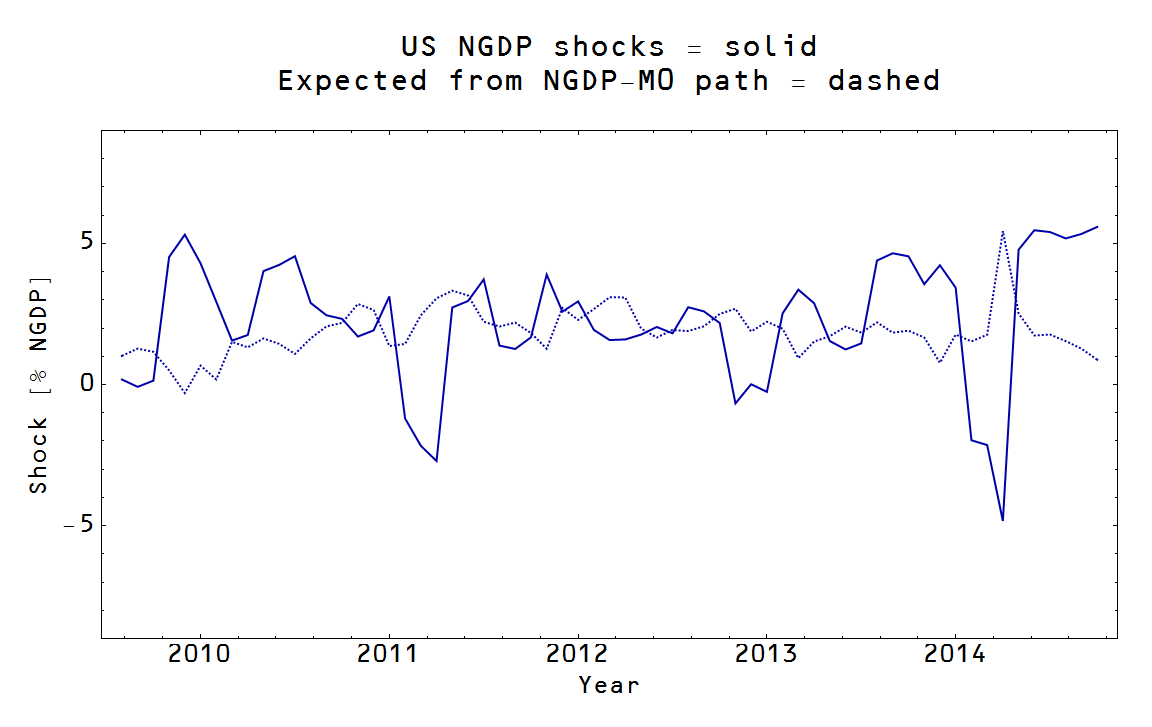 The NGDP-M0 path doesn't include exogenous changes in G (where NGDP = C + I + G + NX) so the difference between the two curves above should be the impact of ΔG. If we compare them to Waldmann's metric, we get a suggestive result: 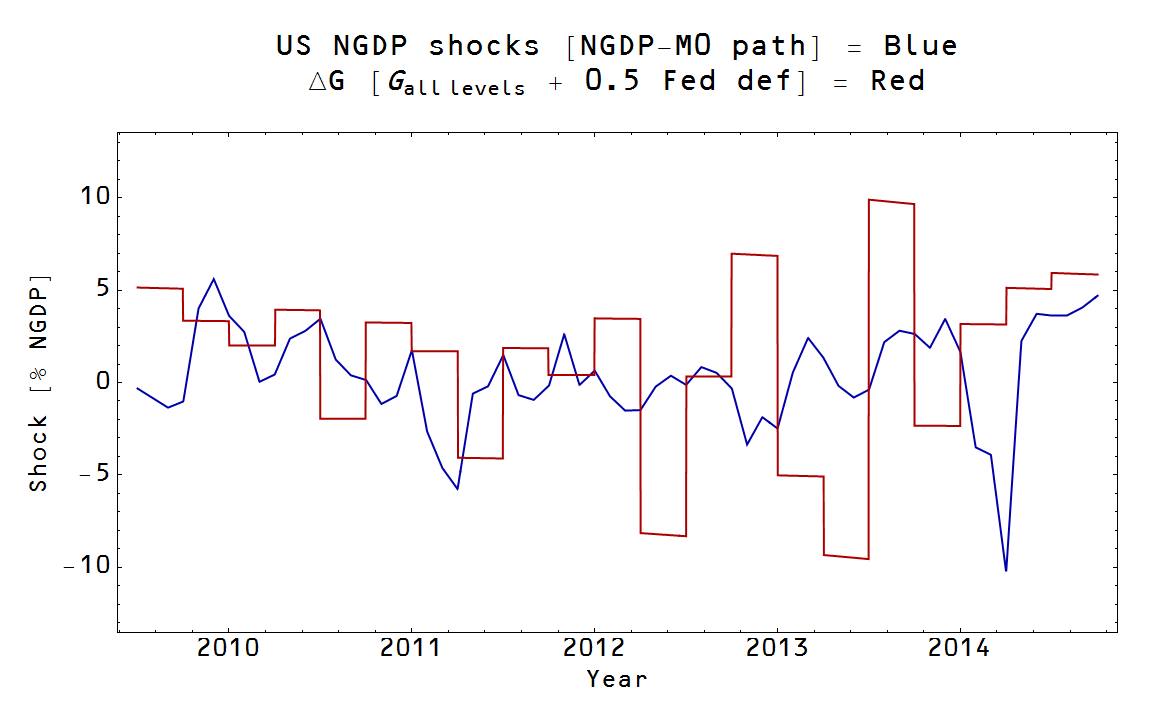 If we smooth the noisy government spending data we get something even better: 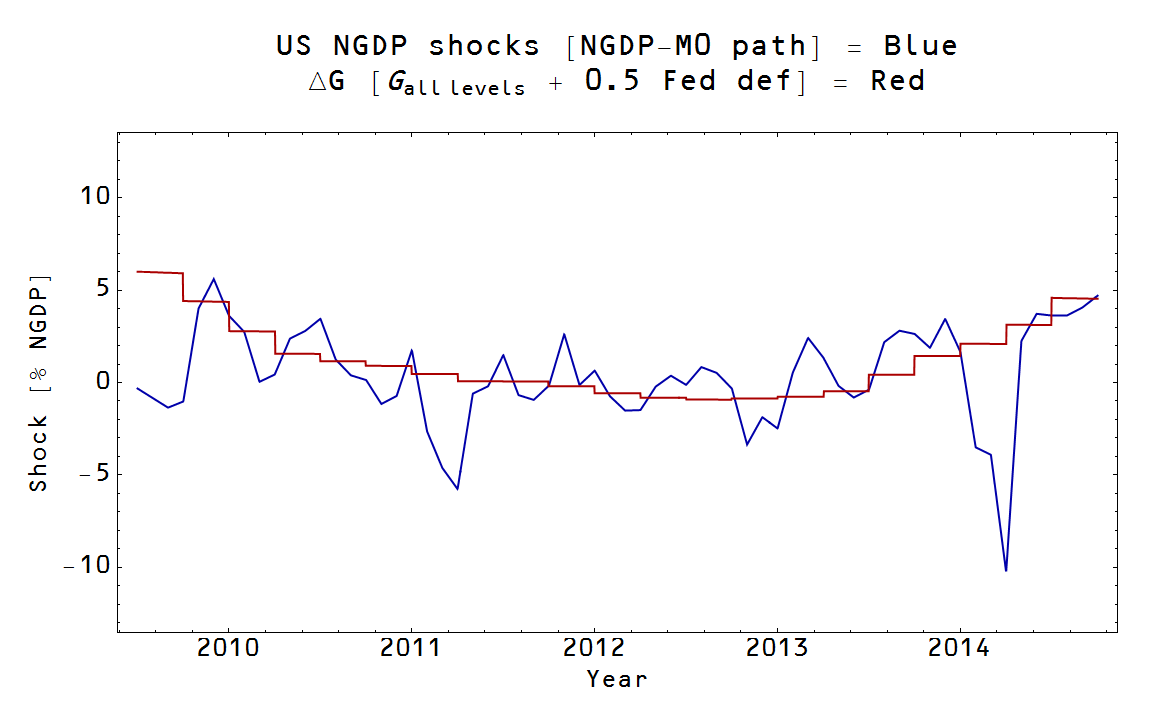 Is this right? Well, it's model dependent and in this case uses a Keynesian multiplier. What if we leave off the multiplier? Here we just look at the change in G for all levels: 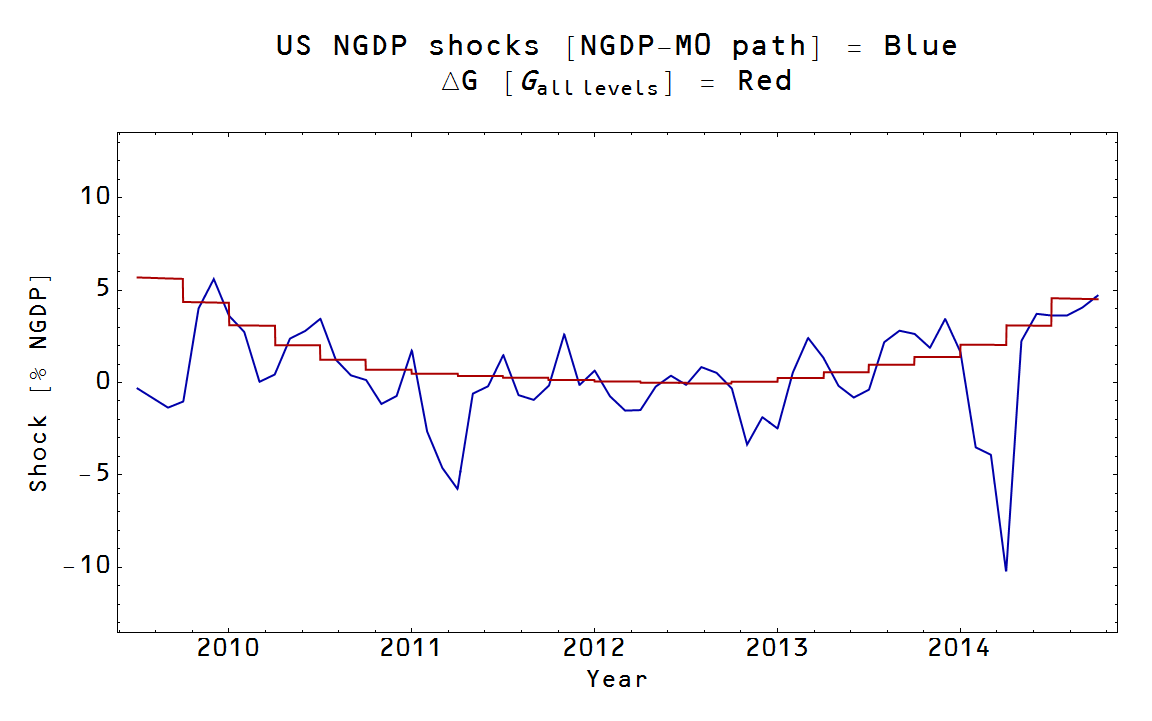 So even the simplistic first order Keynesian model looks better than e.g. a monetary offset model (which would have a red line at zero).
Posted by Jason Smith at 1:48 PM