Mark Thoma points us to Tim Duy quoting Jon Hilsenrath at the WSJ:

But maybe they've already started? I noticed something in my predictions that the monetary base had started to fall a bit below my counterfactual projection. What if we've seen 'peak QE'? So let's posit that the most recent value of the monetary base is the highest value it will attain -- and let's say it just stays there. Here's the 'peak QE' counterfactual (it doesn't really matter if you use the last point or the actual peak value): 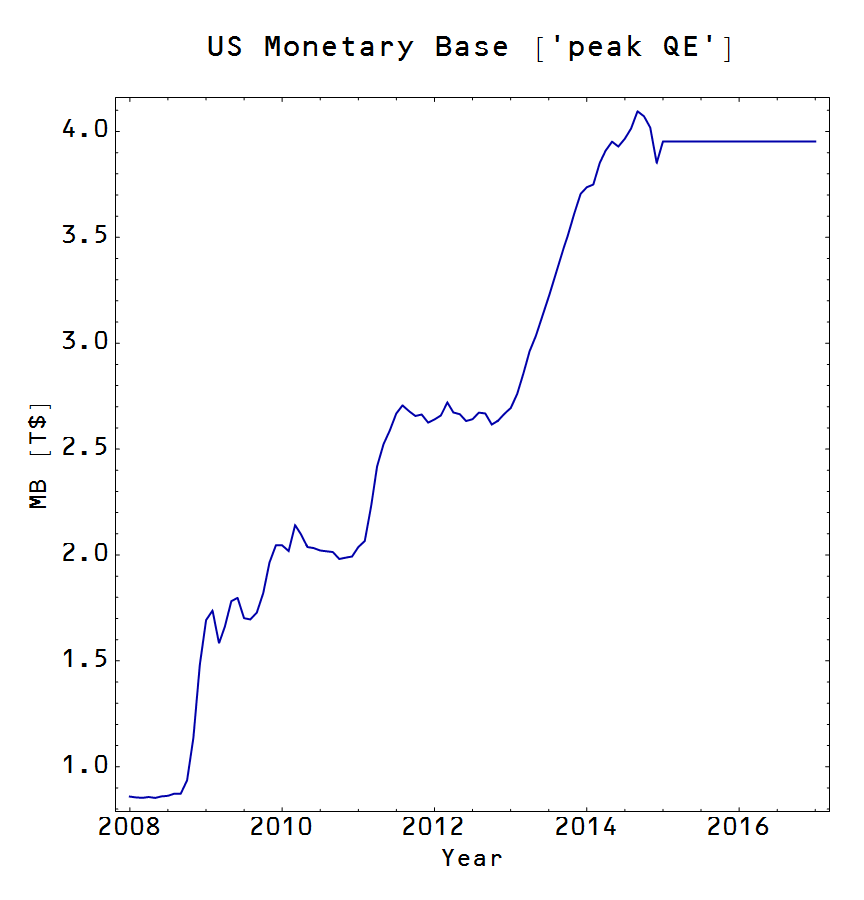 In that case, trend economic growth will mean NGDP continues to rise -- which means short term interest rates will start to rise. Basically, if you think we've reached peak QE, then interest rates are already on the rise. Model is in blue, data in green and yellow: 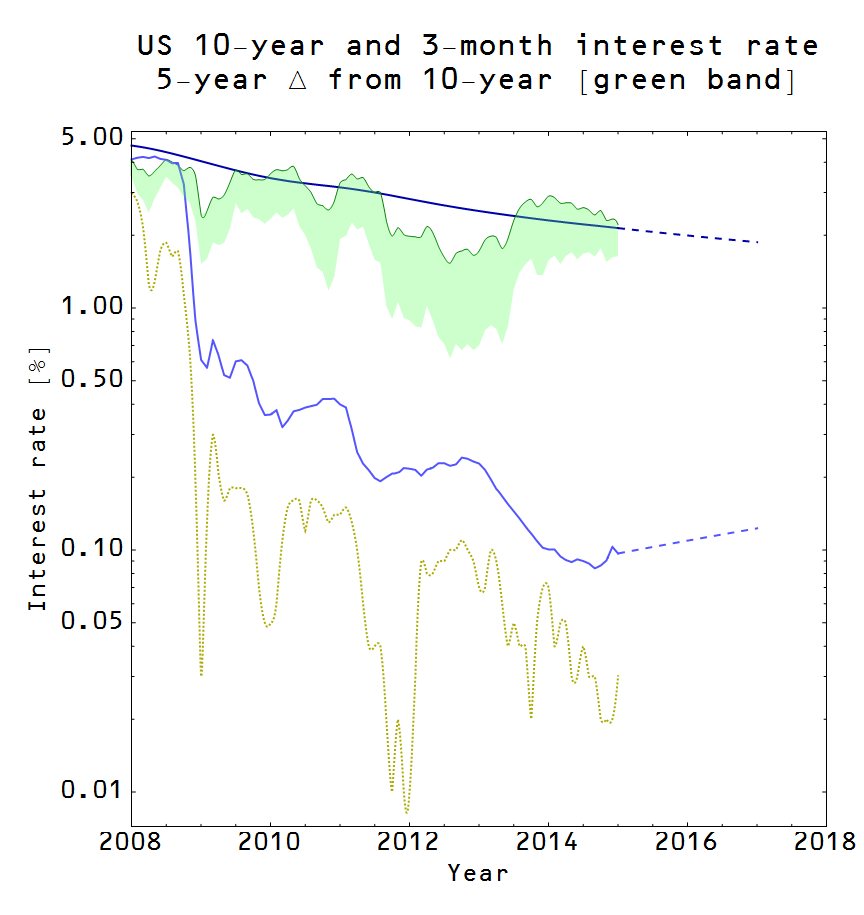 The markets haven't caught on yet ... or maybe they think we haven't seen peak QE?