NGDP predictions and the new normal

NGDP for the fourth quarter of 2014 should come out at the end of the month, so I thought I'd put my prediction out there. I'm basing it on a log-linear extrapolation of M0 that is fed into the "theoretical" NGDP-M0 path: 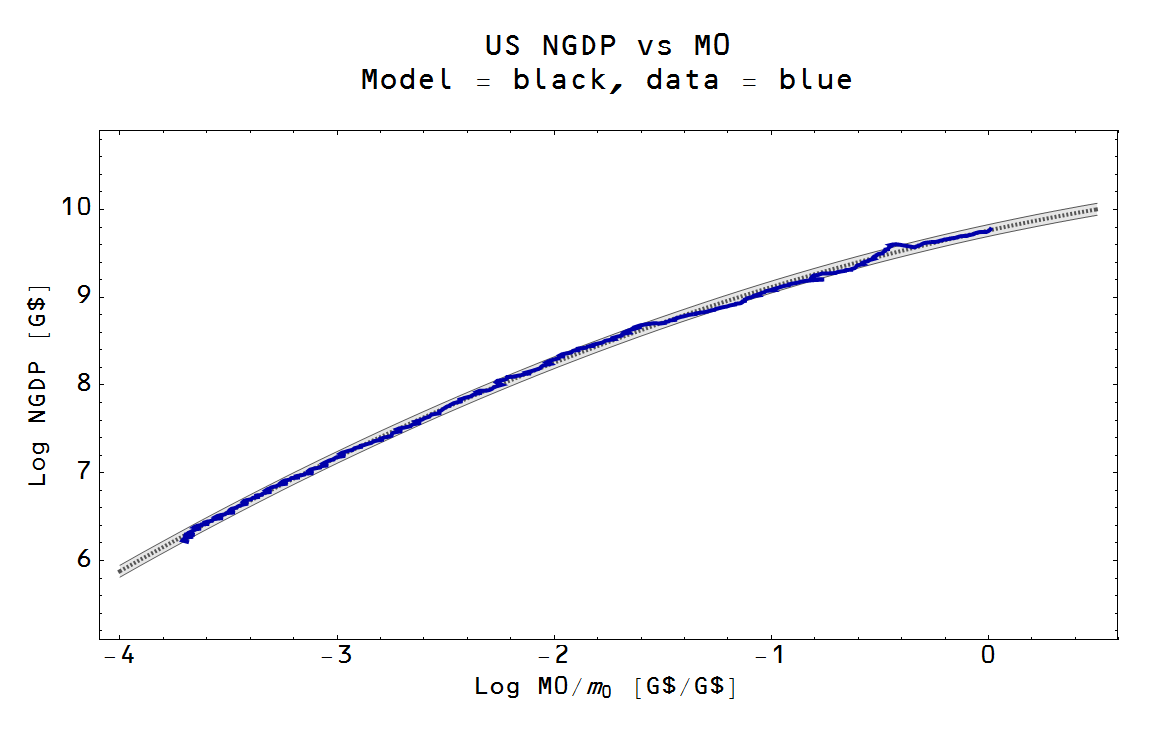 It would be good to have something neutral to compare it to, but log-linear extrapolation of NGDP from 2010 gives an almost identical result. So how about something a bit less neutral? I did a log-linear fit to NGDP from the 1980s to now, but excising the "bubble" economies (dot-com and housing) of the later 1990s and later 2000s which does pretty well: 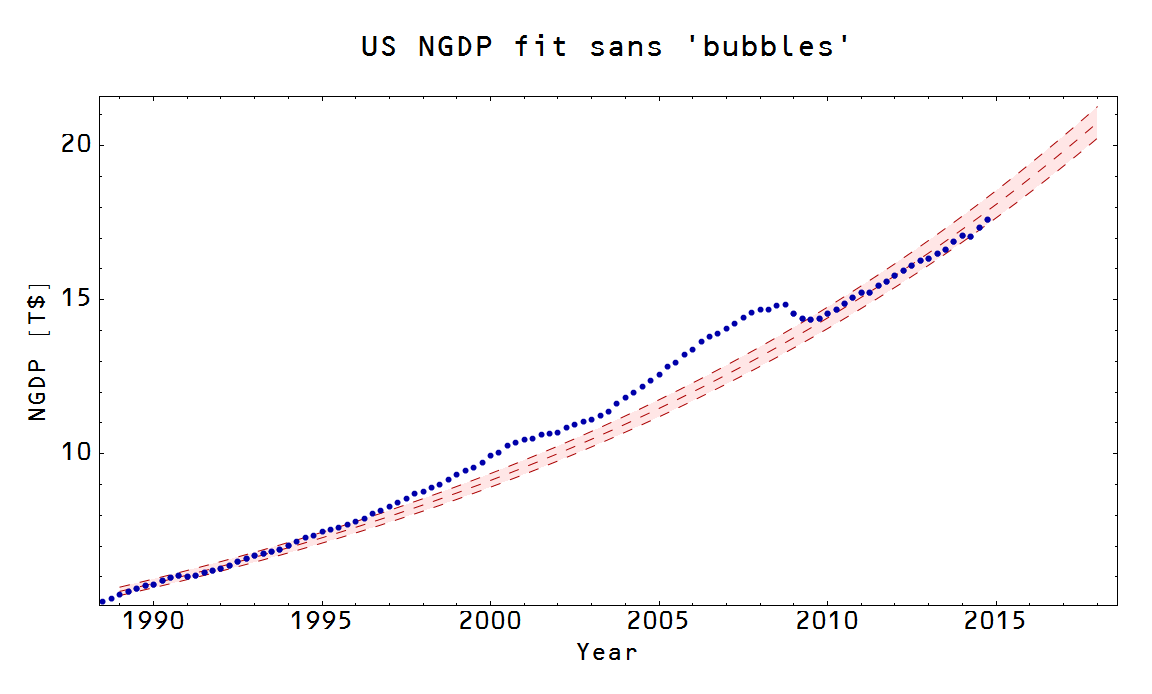 We'll call this the 'old normal'. If we put these two predictions together we get the following graph; 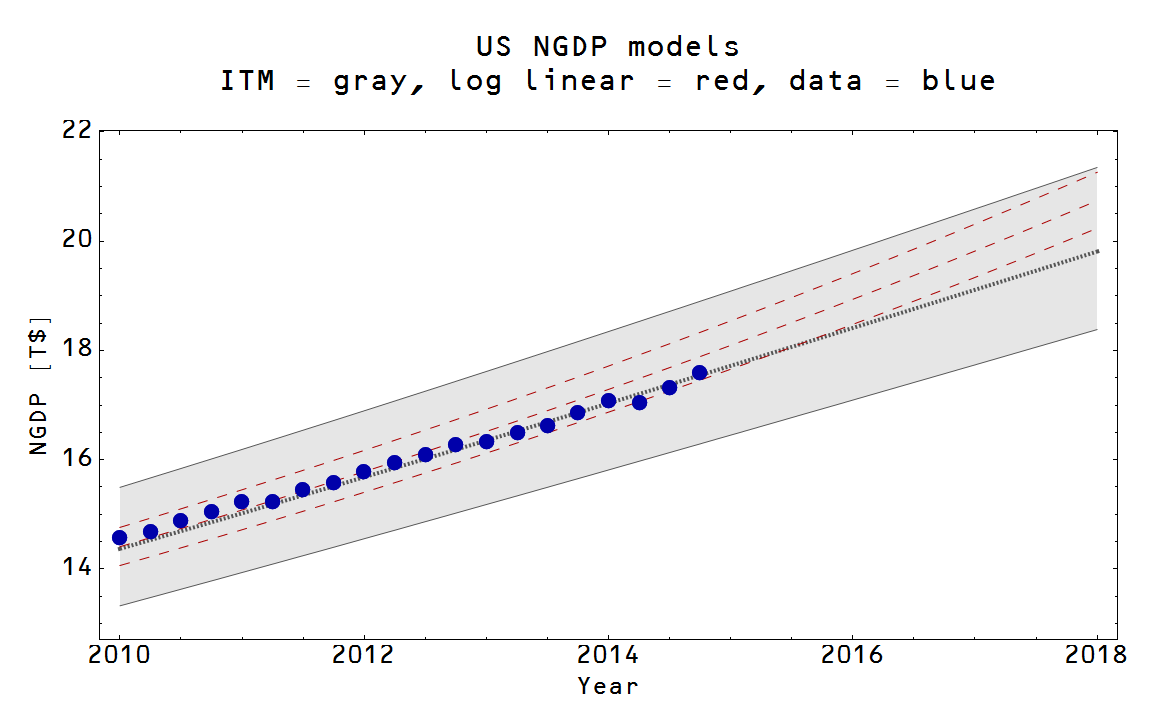 This actually give us an interesting comparison/prediction. The log-linear model has higher growth and tells us that the post recovery sluggish growth isn't a "new normal" (see e.g. here). The ITM prediction says that it is (actually that we should continue to expect slowing growth rates). Here are the growth rates given from the two models above (gray and dashed red) plus the "new normal" post-2010 log-linear extrapolation of NGDP (solid red): 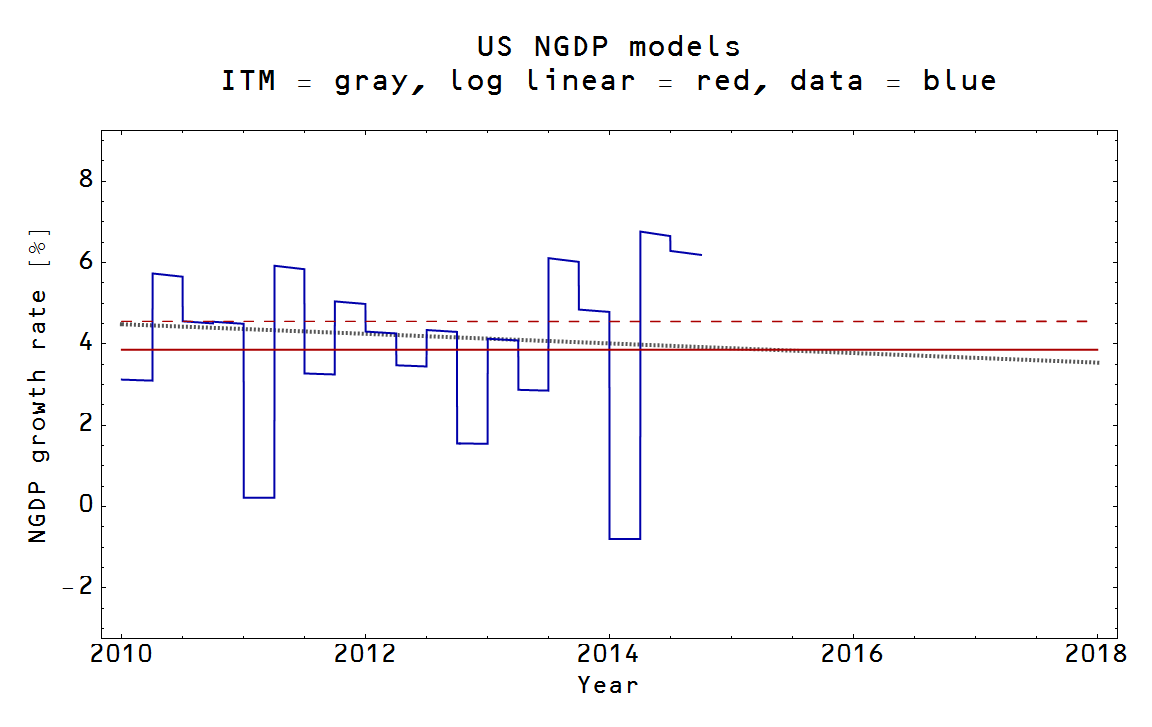 You can see that it will be difficult to tell the difference between the "new normal" and the ITM prediction (they are almost identical for the NGDP level values). However! A 'new normal' (as opposed to a return to post 1980s average growth) is a near term prediction of the ITM. We won't be able to tell the difference between a linear extrapolation and the ITM model, but the model can potentially be rejected by a return to post-1980s average growth for a sustained period.

The ITM and 'new normal' views say the recent growth spurt in the US won't be sustained, so we should potentially expect a low NGDP number for 2014:Q4 -- or at least a some lower numbers than we've been seeing lately in 2015.
Posted by Jason Smith at 11:39 AM