Updates for Japan (and a major correction)

In updating the price level model comparison with empirical data for Japan, I realized I made some mistakes -- actually this is the second mistake I found. It actually should have been obvious from looking at this result -- you can see Abenomics would have started at a point well below the model curve in the graph at the link. Anyway, here are the updated (but WRONG) graphs:

The reason they are wrong? The fit to the price level data I used only used data from 2005 to 2013** ... here is how it looks for the entire period for which I have NGDP data: 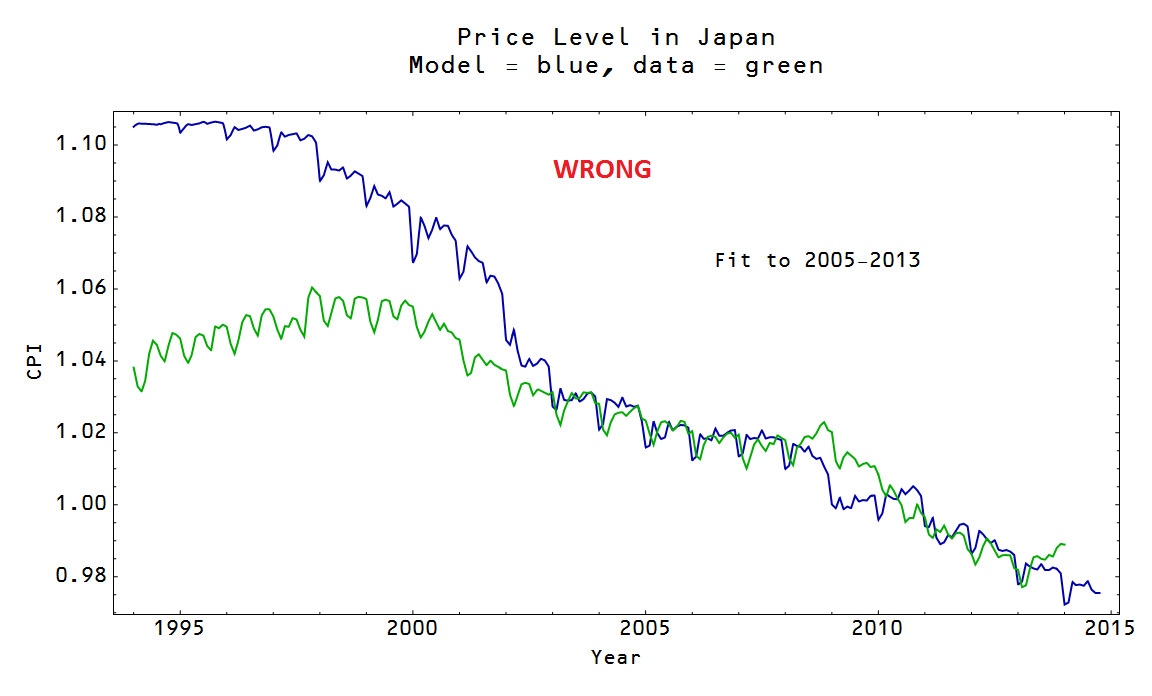 I didn't catch the problem because I was concentrating on the more recent data points. Actually, it appears Abenomics started at the largest negative deviation from the model (fitted correctly to the full data 1994-2013**), so the recent above average inflation would be expected to return to trend. 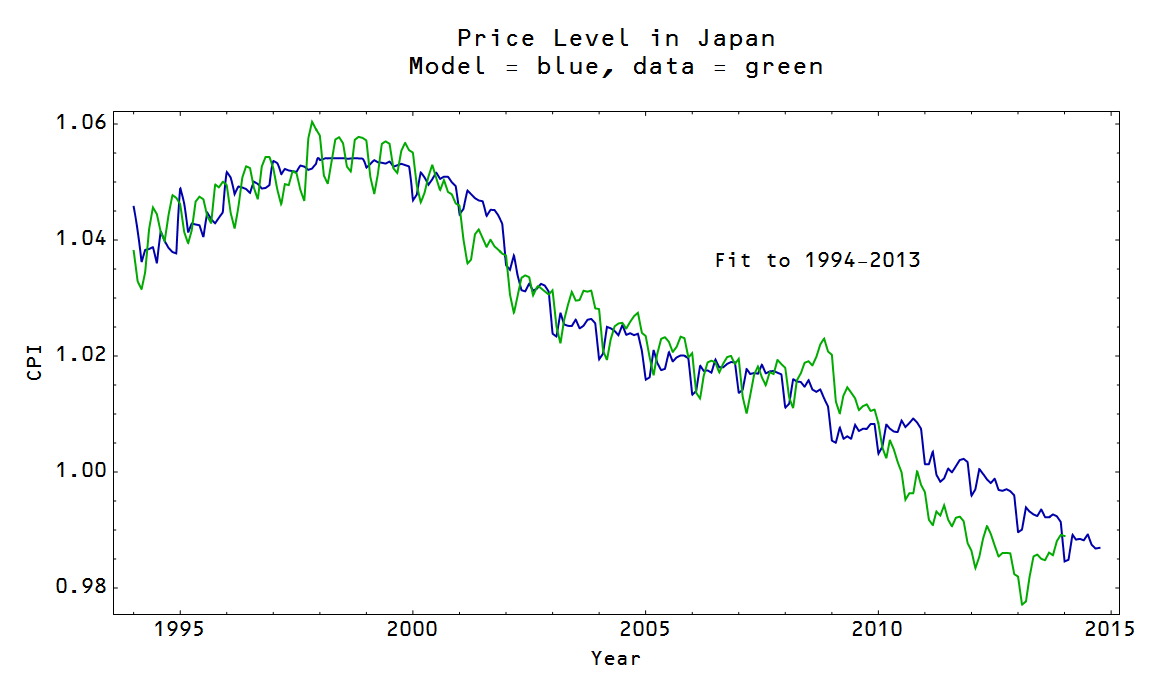 Here is the corrected graph for the price level model: 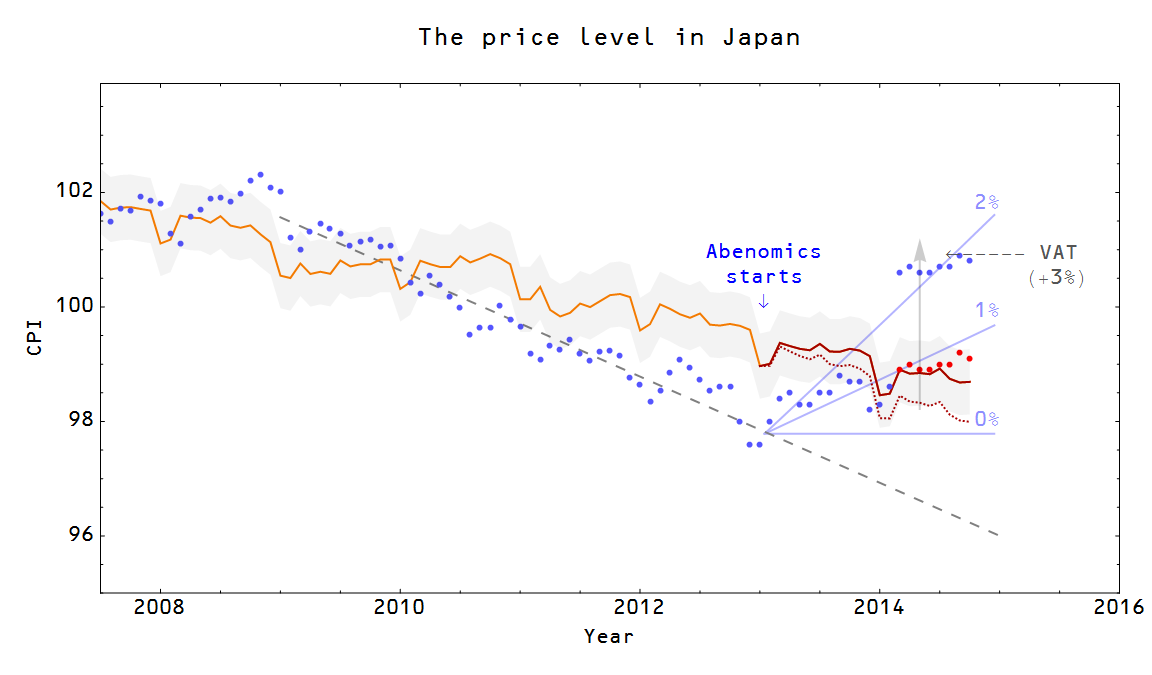 Also, here are the smoothed results;

It's too bad I made this mistake. I could have predicted the rise in inflation Japan everyone thinks was a result of Abe but instead seems to be just mean reversion. Hopefully I got the codes working and there won't be any more problems in 2015.


I also had a happy accident -- I had created some inflation rate graphs for the smoothed data, but the fit is really good with the un-smoothed (and not seasonally adjusted) data: 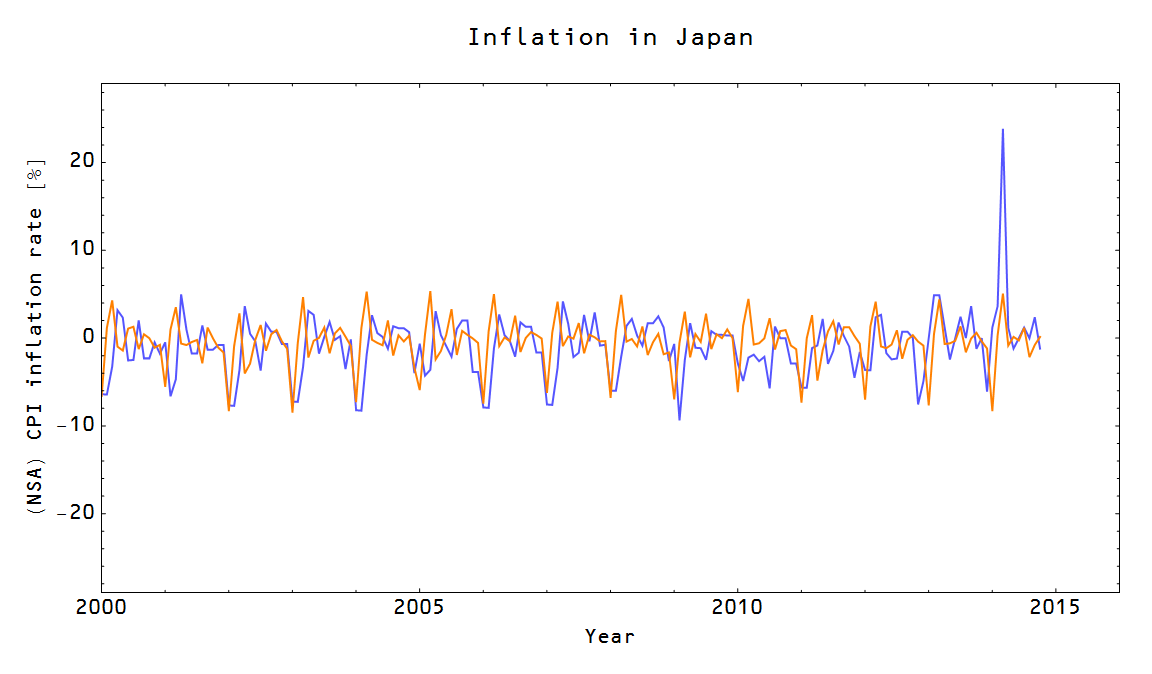 Since this isn't seasonally adjusted, the seasonal fluctuations create large shifts in the inflation rate. But it is pretty cool how the information transfer model follows right along most of the time.


** 2013 is the end point because I am trying to see if there is any effect in the data due to Abenomics which ostensibly started in 2013.
Posted by Jason Smith at 8:00 PM