Commenter Charlie Clark asked for a prediction from the information transfer model (ITM) after my post on Switzerland in the wake of abandoning its currency peg. I mentioned at the comment that the ITM would predict essentially a linear extrapolation from the price level curve that I had that contained data through the end of 2013, but said I would post a more concrete version as soon as I got the chance [1]. This is that post. 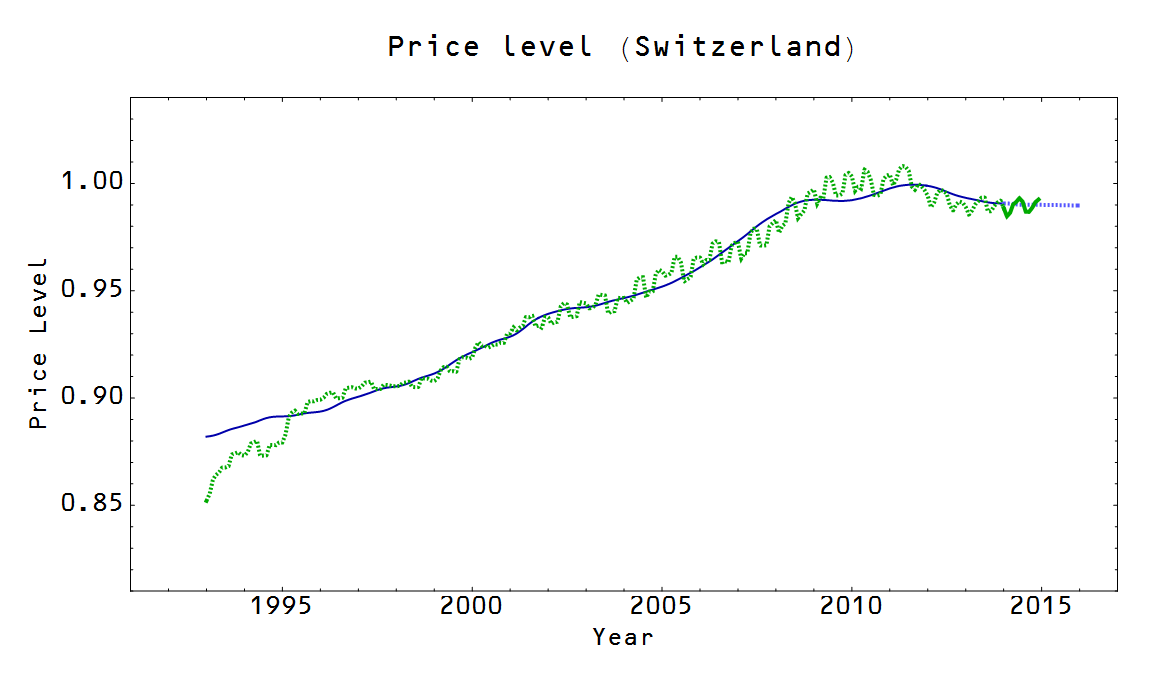 The model is blue, and the data are green as usual on this blog. Here is year over year (YoY) inflation: 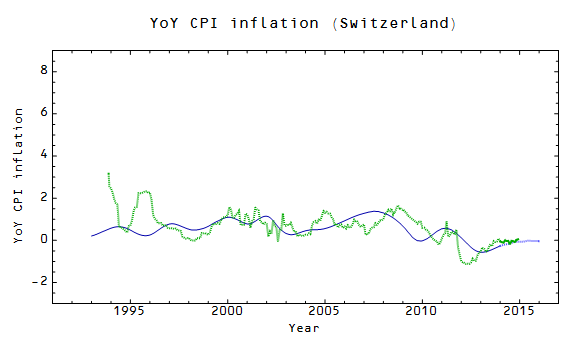 
[1] One change from the previous price level fit was that I smoothed the monetary and NGDP data (like I first did here) in order to get a linear extrapolation of those datasets. However, that didn't change very much in terms of the original model result. I provide the original version as a reference. 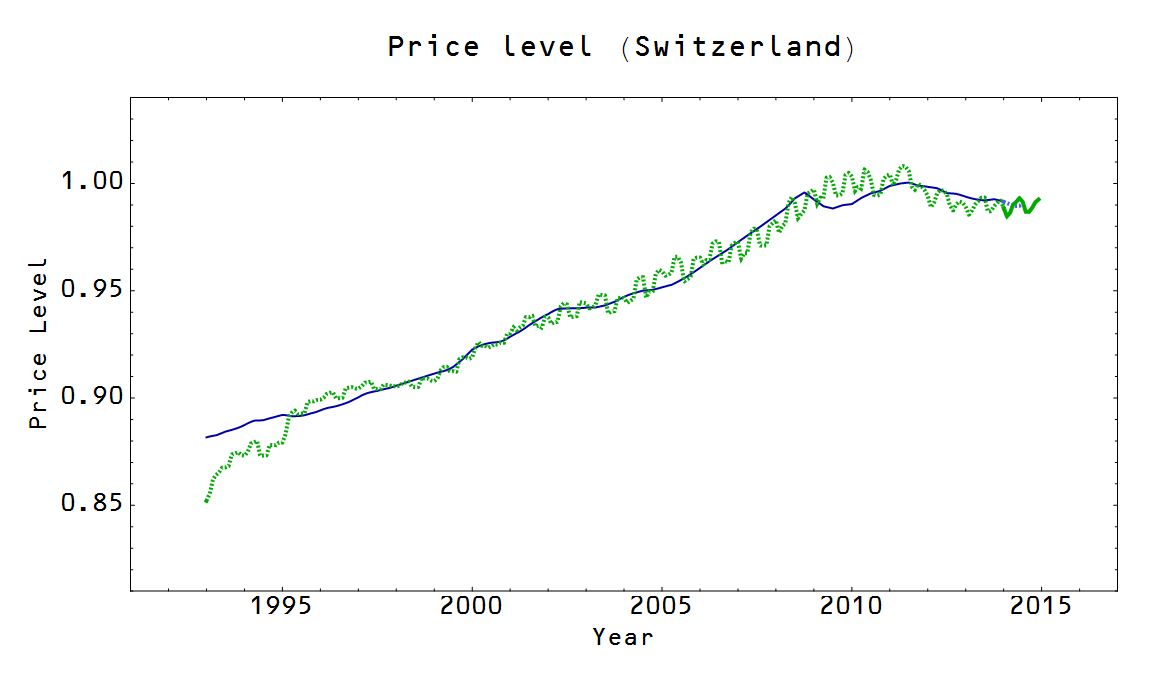 [2] I dislike YoY inflation as a metric because e.g. a high inflation number could just mean that the data points at time t and time t-1 represent positive and negative fluctuations, respectively. I am working on an ARIMA filter so that I can do the seasonal adjustment myself in the future.
Posted by Jason Smith at 11:30 AM